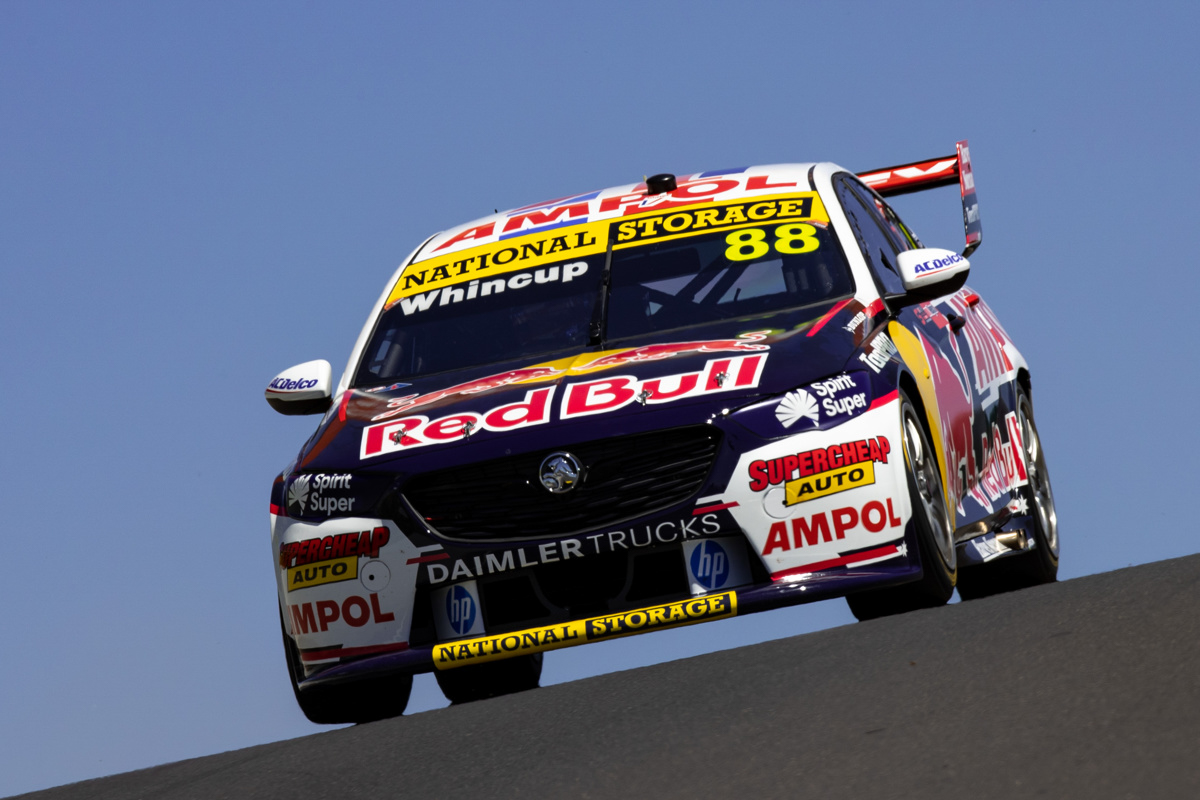 Jamie Whincup is planning on driving in the 2022 Repco Bathurst 1000, although he will not make a final call until next year.

The seven-time Supercars champion is retiring from full-time driving at season’s end to take up the team principal role at Triple Eight Race Engineering which Roland Dane is vacating.

Broc Feeney will be promoted from the squad’s Dunlop Super2 Series programme to take over Whincup’s Red Bull Ampol Racing seat, but that does not necessarily mean the latter will not hop back behind the wheel of a Supercar next year.

However, he will wait until he gets his feet under the table as Triple Eight boss to decide for sure about another tilt at the Great Race.

“Right now, yes, I’ll be an enduro driver for next year, but I won’t confirm that until probably the start of next year,” Whincup told Speedcafe.com.

“We’ll obviously see what the workload’s like as general manager of Triple Eight and if I’m still absolutely able to compete at my best come Bathurst next year, I will.

“But, if that situation changes at the start of next year, then I’ll reassess, but right now, my plan is to co-drive at Bathurst.”

He added, “Is it a hundred percent confirmed? No; I’ll just have to wait and see what my workload’s like at the start of next year.”

Regardless, indications are that Triple Eight’s current enduro co-drivers, Craig Lowndes and Garth Tander, will stick around in 2022.

Whincup and Lowndes were paired up after the latter’s own retirement from full-time Supercars competition at the end of 2018, restoring a combination which won the Bathurst 1000 together three times, from 2006 to 2008.

Last year, Shane van Gisbergen and Tander prevailed in their second Great Race as a duo, and the latter was rewarded with a new contract to drive Car #97.

This December, the Banyo-based team is also running a Supercheap Auto-backed ZB Commodore, to be shared by Feeney and Russell Ingall, and a wildcard entry could well be the solution for keeping all of its big names in 2022. “We’re just not sure how that’s going to work yet, but we’d certainly love to run a third car, so to speak, at Bathurst.

“I’m not sure whether I’ll drive the 88 car [ie co-drive with Feeney] or the third car or what the case is, so that’s our absolute plan, to run a third car, and therefore we’ve got enough drivers.”

Whincup is second only to van Gisbergen in the Supercars Championship, which resumes tomorrow with the Armor All Sydney SuperNight.

The Bathurst 1000 begins on November 30, with the Supercars Championship field first on-track at Mount Panorama from Thursday, December 2.