Quartararo will not take #1 for 2022 MotoGP season

Quartararo will not take #1 for 2022 MotoGP season 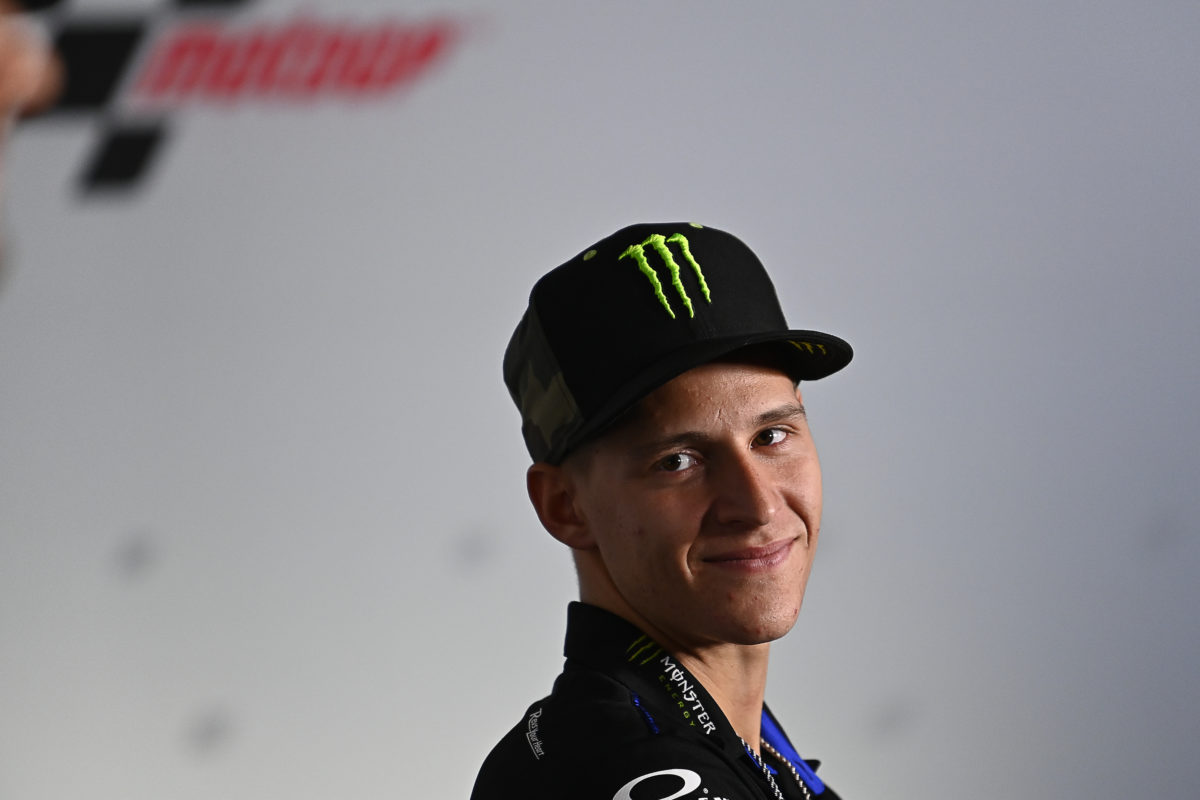 New MotoGP champion Fabio Quartararo has stated that he will not race with the #1 plate next year.

Quartararo moved to an unassailable, 65-point championship lead with two rounds to go when he finished fourth and Francesco Bagnaia crashed out of the Emilia Romagna Grand Prix.

However, the Monster Energy Yamaha rider will stick with his trademark #20 in 2022, rather than taking #1.

“No, we will not see this number because I started with the #20 and I feel like I’m not number one,” he said.

“So, I will keep going with the #20 until the end of my career because it’s the number that really made me want to start when I was four, and it’s a really special number.”

The #1 plate is a relative rarity on the premier class grid.

In the last decade, including 2021, four different riders have won the championship yet none of those opted to change from their regular number the next year.

In addition to Quartararo, Marc Marquez six times chose to stick with #93, Joan Mir kept #36 this year, and Jorge Lorenzo only made the change after achieving his 2010 MotoGP title.

Casey Stoner is the last person to have ridden with #1, in 2012, and Mick Doohan the last to win the championship with it, in 1998.

In addition to the riders’ championship, Yamaha leads the teams’ standings and remains in contention for the manufacturers’ title, trailing Ducati by 12 points.

Quartararo says there will be no problem being focused for this weekend’s Algarve Grand Prix despite it being a dead rubber for him personally.

“To be honest it was just difficult the first day, on the Tuesday to go back training after Misano,” recalled the Frenchman.

“But to refocus again, I think, is quite easy because it’s what I love, to be riding, to race, to fight with these guys.

“So I would say it was not so difficult because it’s what I want. More than difficult, I would say I was looking forward to being back.”