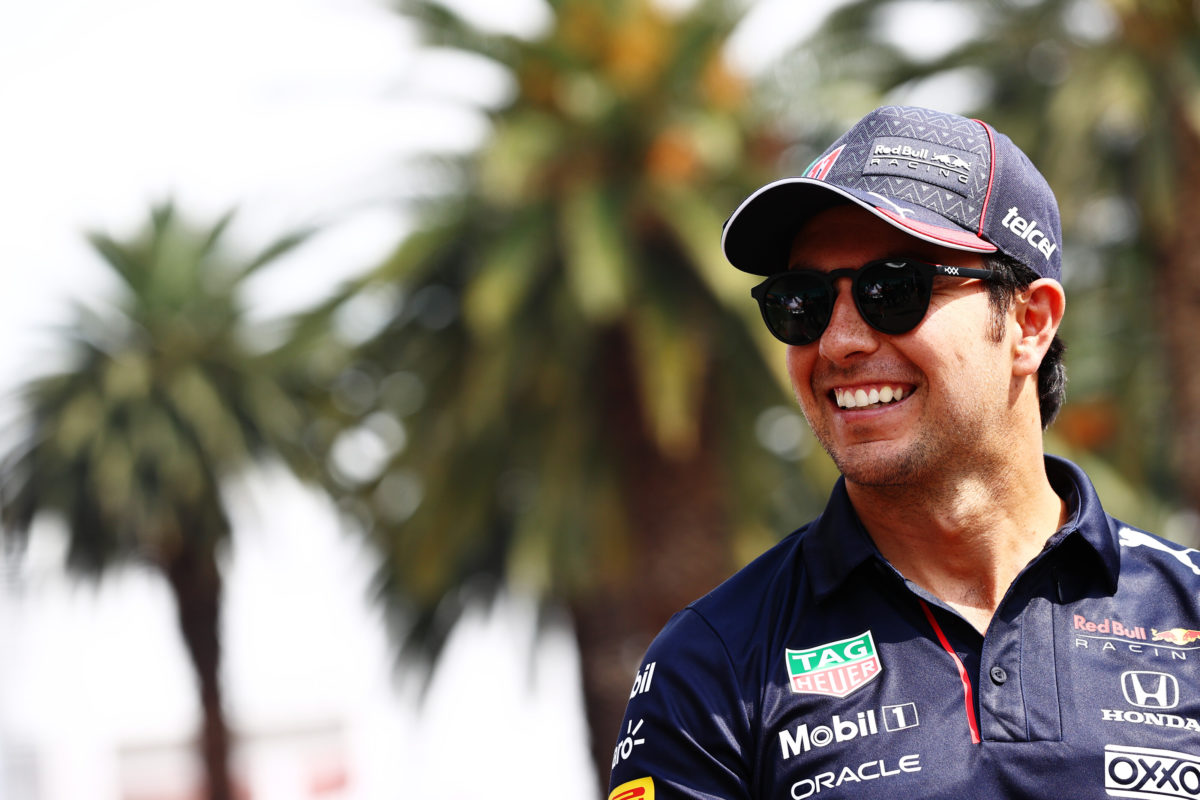 Sergio Perez has not been instructed to move aside for Max Verstappen should he find himself leading his Red Bull team-mate during the Formula 1 Mexico City Grand Prix.

Perez enters the weekend as the sole local, while his RB16B is expected to prove particularly competitive.

It stands the two-time race winner with a good chance of victory at his home event.

However, team-mate Verstappen is in the midst of a tight championship battle with Lewis Hamilton.

After 17 of 22 races this season, the top of the points standings sees the Dutchman just 12 points clear. A race win is worth 25 points, seven more than second.

With the championship moving into its final stages, Perez was posed with the concept of having to hand victory in his home race to Verstappen.

“I think would be a great problem to have from my side,” the Mexican said.

“It always depends in the situation, you know, because most of the decisions are normally taken during the race, during the heat of the event.

“I think that, depending on the circumstances, we’ll see, but I’m pretty sure that the whole team, Red Bull, everyone, wants me to win this weekend.”

Perez suggested there was little point discussing the matter with his team ahead of qualifying, given it may not even prove a necessary conversation.

“I don’t see much point in discussing that now,” he reasoned.

“I think probably we see where we are on Saturday and if it’s worthwhile having that conversation, but right now there’s no guarantee that we’re going to be in that position.

“I think will be a great problem to have as a team but right now we haven’t discussed anything.”

Asked whether he’d give up victory in his home race in favour of his team-mate’s title ambitions, Daniel Ricciardo ruled out the move.

“My answer is no, I would not,” he said emphatically.

“If it was the last race of the season, and that position swap literally meant the world title or not, then maybe that’s a more complex decision-making process.

“But no, a home win, that’s like the thing that you dream of as a kid.

“And if you’ve earned it on track then yeah, I feel like it should be yours for the taking.”

Four-time world champion Sebastian Vettel, who famously ignored team orders at the 2013 Malaysian Grand Prix, was of a similar opinion.

“There’s two different team orders: there’s the team order that you give away, and you get it back in the same race, if you’re on different strategies, and then there’s obviously the team order where clearly one has to sort of get all the way to make the other ones score more points.

“Now, even if maybe the situation is logically very easy to explain, I still think it’s bad and I would be in favour of not having any team orders, ever.

“If Checo [Perez] happens to be ahead, then Checo should stay ahead.”

Verstappen has twice won in Mexico City, though F1’s last visit to the Autódromo Hermanos Rodríguez resulted in a Hamilton victory.

While 12 points splits the pair at the top of the drivers’ championship, with Perez fourth, Red Bull trails Mercedes by 23 points in the constructors’ championship.

Track action in Mexico City gets underway with Free Practice 1 at 04:30 AEDT on Saturday morning.