Remy Gardner is relaxed despite having the chance to win the Moto2 World Championship this weekend at Portimao.

The Australian holds an 18-point lead over Red Bull KTM Ajo team-mate Raul Fernandez with 25 points on offer to the winner in this weekend’s Algarve Grand Prix and then again seven days later at the Valencia Grand Prix.

Gardner can therefore take an unassailable championship lead by adding eight points to his margin in Portugal, given he has four races wins this year versus Fernandez’s seven and would thus be on the wrong side of the first countback.

The 23-year-old had not even won a grand prix, in any class, until the 2020 season finale unfolded at Portimao nearly 12 months ago.

However, asked about how the tension has been building since the most recent round was held just under a fortnight ago, he hardly seemed nervous.

“[I] Went training, went and saw some mates, drank beers… Nothing really changed, to be honest.

“I don’t think about it; I just feel lucky that we can be here and race and do what we love.”

The second-generation rider got as far as 44 points ahead of Fernandez when he won the British Moto2 Grand Prix and his rookie team-mate crashed out, but said then that he would not think about the championship until he had the chance to seal it.

Asked by Speedcafe.com about any change of approach now that it is within reach, Gardner said he would continue to be measured in how he goes about the race. 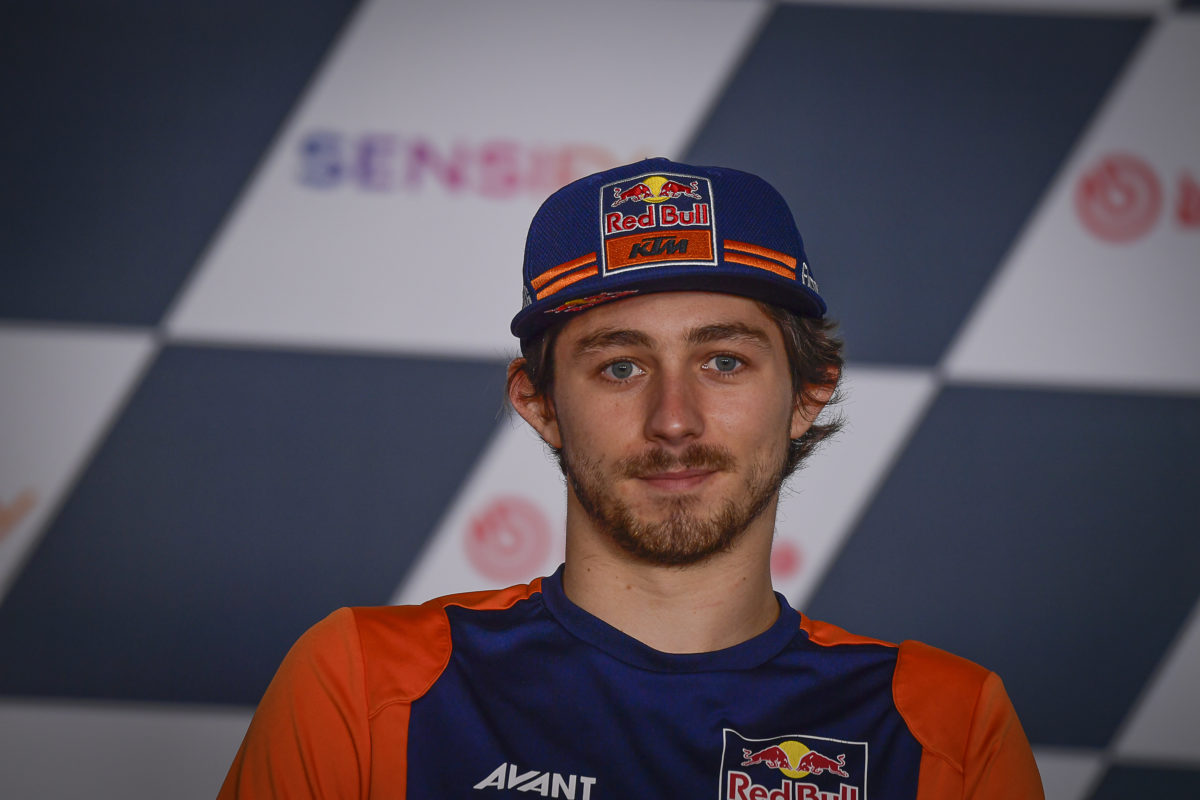 Gardner at Portimao ahead of the penultimate round of 2021

“This weekend, obviously if an opportunity presents itself, I’m going to try,” he said.

“But, with the points gap that I have, it’s not really worth risking something and throwing it down the road, to be honest.

Wayne Gardner won the 500cc World Championship in 1987, hence the number on his son’s fairing, but there has been no advice about this weekend.

“He hasn’t said anything about this weekend; it’s up to me,” said Remy.

While Gardner is playing down his position, Fernandez believes the gap is already too much to bridge.

“I want to go race-by-race; we are in the last two races and of course now the gap is too big,” said the Spaniard.

“This is a big distance now for the last two races; too much.

“But for this, the mentality will be to try to win [the race]; I have the speed for this, I have the calm also, and I will try.

“I won’t try to win the championship; just I have the option to try to win [the race].”

The 21-year-old was only nine points behind Gardner before the lights went out for the Emilia Romagna Grand Prix on the weekend before last, and would have overhauled #87 in the championship had he gone on to win that race.

However, he was left to rue a crash while leading. 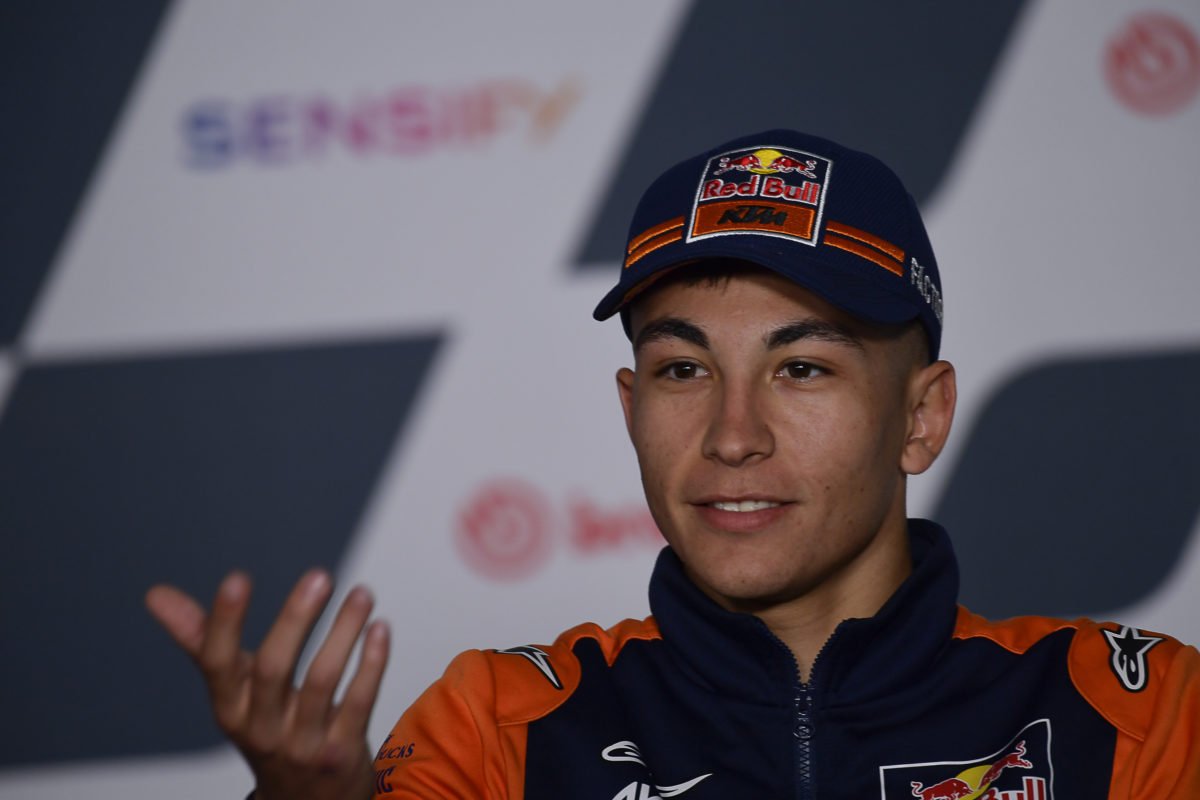 “But in this last part of the season, I am really strong, in the last four races.

“I think that was the fastest rider because I was first all the races, also in Misano when I crashed.

“I did a small mistake and I crashed but at the end, the mentality will be the same [this weekend].”

Fernandez also advised that he has not been drinking beer, although that is because “I don’t like too much”, and he too has had a “really normal” week.

Both he and Gardner will move up to MotoGP in the Tech3 KTM Factory Racing team next year.

Practice for all three classes at the Algarve Grand Prix starts tonight (AEDT).