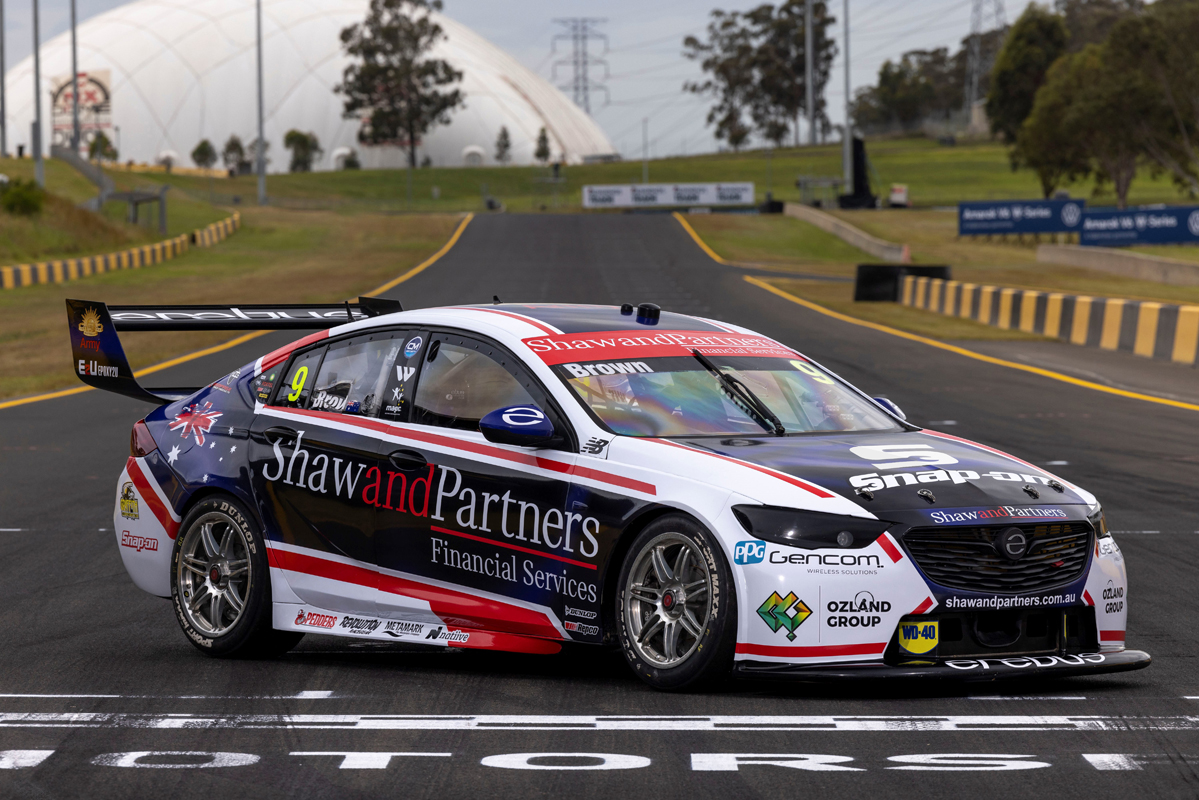 Erebus Motorsport has revealed a striking new colour scheme which Will Brown will campaign through to the close of the 2021 Repco Supercars Championship.

As foreshadowed earlier this season by the team, Brown will receive support from Shaw and Partners Financial Services with the company coming onboard from the fourth-to-last round.

Brown, who claimed his first Supercars Championship podium as a full-time driver last weekend at Sydney Motorsport Park, will debut the new look at this weekend’s Armor All Sydney SuperNight.

“It’s fantastic to have Shaw and Partners on board for the rest of the season, they’re proud Australians and it’s awesome to have the Australian flag on the side as well,” said Brown.

“It was an awesome weekend last weekend for the team as a whole to get two podiums, I believe we could have even gotten more than that if everything had gone to plan.

“We’re aiming to get a good run heading into Bathurst and hopefully we can back it up this weekend.

“I think the awesome vibe within the team is evident. We’re all confident in the cars and we’re continuing to work on making them better.

“We’re having a lot of fun and working as a team to keep pushing.”

Brown heads into the second of four consecutive events at Sydney Motorsport Park off the back of a breakout weekend.

The 23-year-old accumulated the third most amount of points with 219 to his name across the three-race weekend.

Red Bull Ampol Racing’s Shane van Gisbergen walked away with the most of all on 272 points to lead the Sydney Cup from Shell V-Power Racing Team ace Will Davison, who had 230 points.

This weekend’s Armor All Sydney SuperNight takes place across November 6-7 with a night race on Saturday and Sunday.