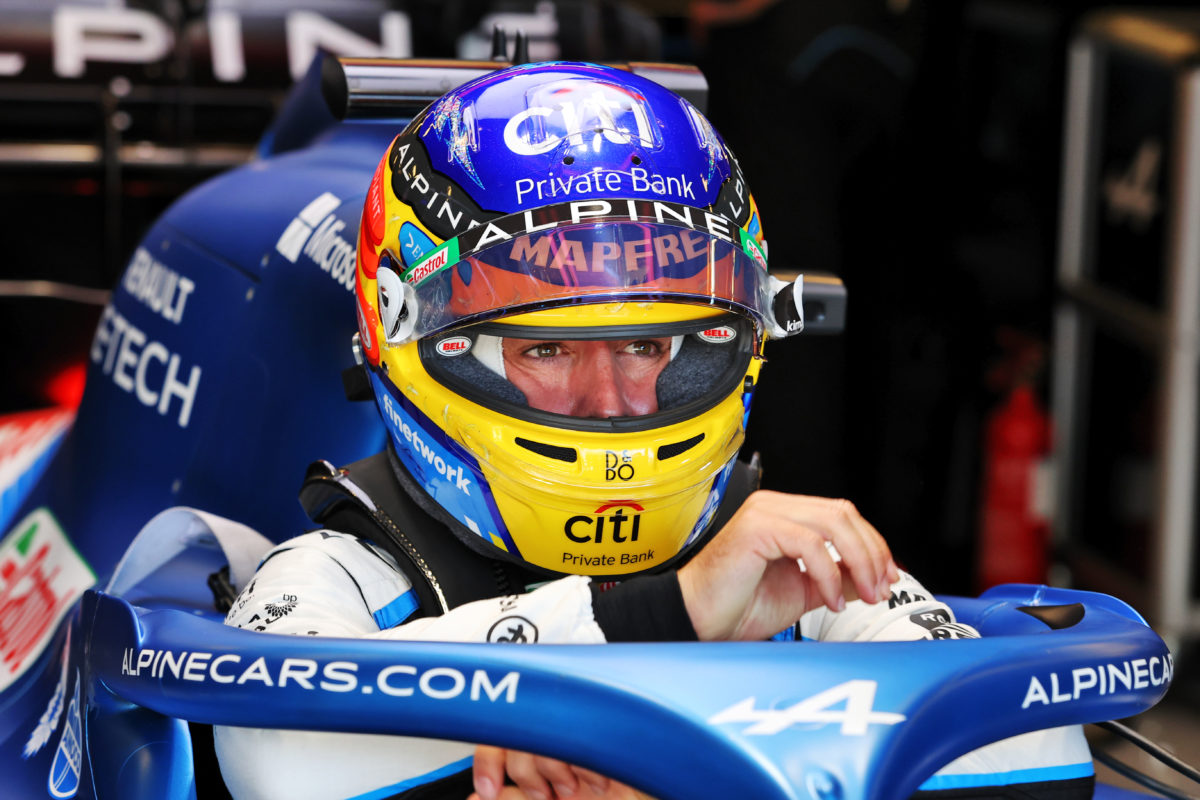 Fernando Alonso is open to hearing what FIA race director Michael Masi has to say on his battle with Kimi Raikkonen at the Formula 1 United States Grand Prix.

The pair found themselves together on track during the mid-part of the race, Raikkonen passing his former team-mate around the outside at Turn 1.

It’s a move which Alonso felt hard-done by, believing it to have occurred while his Finnish rival was off the track.

That was not the view of the stewards, however, and no penalty was dished out.

Later in the race, the Alpine driver put a move on Antonio Giovinazzi at Turn 12, leaving the track to do so.

He subsequently gave the place back, making the move stick soon afterwards.

Speaking after the race, Masi described the Alonso/Raikkonen duel as “marginal”, adding that he would speak to the drivers about it at the next event.

“The meeting is tomorrow,” said Alonso.

“I’m open to listening to wherever they want to say, but this is exactly what I don’t want that happens, because there are many other things that we should discuss in that meeting.

“Like the Lap 1, they remove the bumps on the outside after the problem with the F4 or whatever [Abbie Eaton, W Series], the car that launched outside of Turn 1, and there were three or four cars going wide in Turn 1.”

The policing of track limits has been a bugbear of Alonso’s since returning to F1 at the start of the season.

In Russia, he exploited the loophole to make a point, deliberately using the run off at Turn 2 and rejoining the race – a move he practiced on the sighting lap to the grid.

While that caught the attention of the world’s media, and prompted questioning next time out in Turkey, nothing further came of the incident.

“We all want to race as fair as possible and we try to address all the problems,” Alonso said in Mexico.

“Sometimes it’s not only the drivers’ input or the race itself, it’s just the nature of the circuit.

“In Sochi, you will always have more problems than Silverstone or different circuits.

“We try to work together for a better solution, so let’s see.

“It’s not frustration – don’t be confused – it’s just trying to race fair and to put [on] a good show for the people in the grandstands and on TV.

“We have a lot of fans around the world and we saw the race in Austin how fantastic it was to witness the grandstands full of people.

Alonso went on further, equating passing off track to touching the ball during a football match, and that such an obvious rule shouldn’t require continual discussion.

“If you are talking in football and you take the ball inside the area with your hands, it will be a penalty,” he reasoned.

“So, you don’t need to bring this to every match.

“Every time you touch the ball with your hands in the penalty area it’s going to be a penalty – every match you do.”