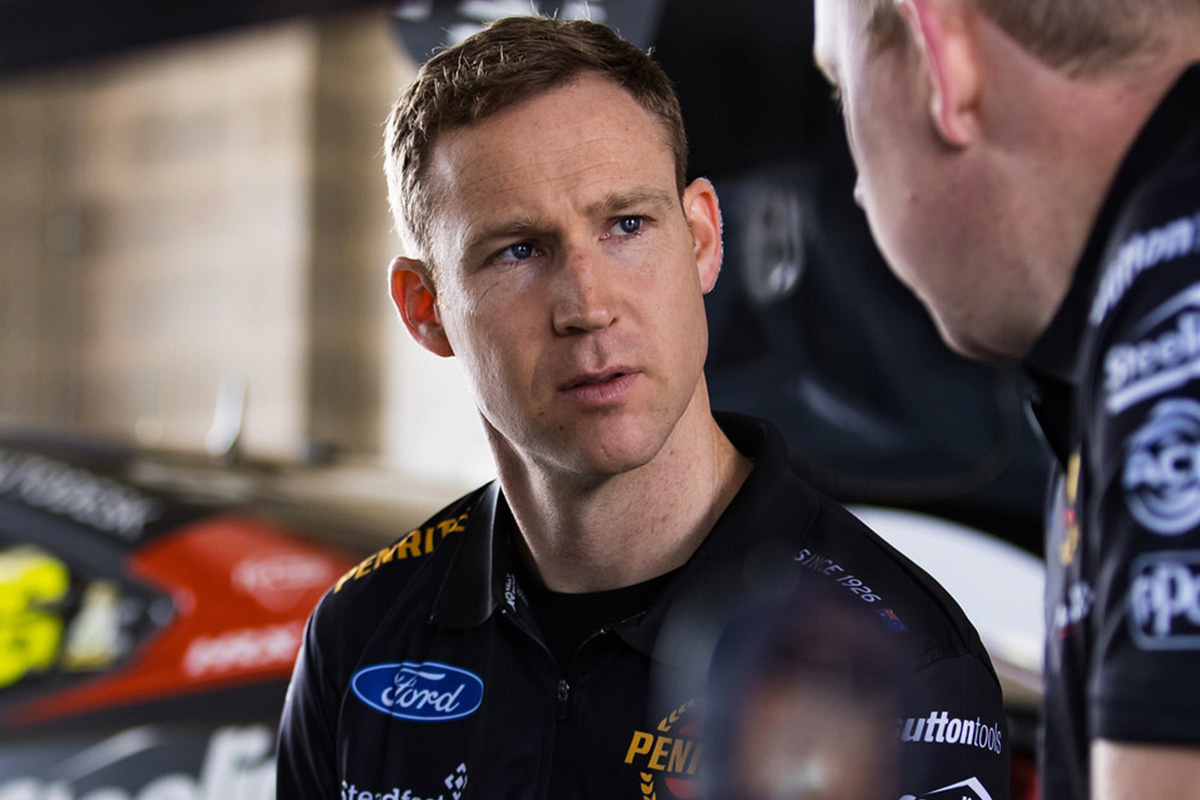 It comes just days after it emerged a driver – later revealed to be Reynolds – was under investigation by NSW Health regarding a vaccination exemption.

Kelly Grove Racing has confirmed Reynolds does not have a valid exemption and has subsequently had his first vaccination dose.

Whether Reynolds can contest this year’s Repco Bathurst 1000 is now under a cloud, pending the administration of his second vaccination.

Supercars said Reynolds’ attendance at last weekend’s first Sydney event of four was “in compliance with temporary protocols and conditions to protect he and other participants”.

“Throughout the COVID-19 pandemic, Supercars has staged all of its events in accordance with applicable State and Territory Government health requirements,” a joint statement from Supercars and Kelly Grove Racing read.

“This remains the case and will not change. In accordance with NSW Health Orders, in order to attend and compete at last weekend’s Bunnings Trade Sydney SuperNight and the next three rounds of the championship at Sydney Motorsport Park, all Supercars attendees and drivers must either be fully vaccinated with accepted COVID-19 vaccines or be exempt from vaccination.

“It is on this basis that the venue has an exemption to host up to 10,000 people per day. In the last week, NSW Health authorities, working closely with Supercars, Kelly Grove Racing and David Reynolds have carefully considered a vaccination exemption presented by David and have concluded that David is not exempt from receiving the vaccine.

“Once fully vaccinated, as scheduled, David could be eligible to drive in the Repco Bathurst 1000. David says that he is bitterly disappointed to be missing the next three races at Sydney Motorsport Park, but respects the decision and is happy to continue to comply with health orders.”

Kelly Grove Racing has not yet confirmed who will replace Reynolds for the forthcoming events at Sydney Motorsport Park.

Speedcafe.com understands Reynolds’ co-driver Luke Youlden is among the favourites to drive the #26 Ford Mustang.

Chaz Mostert’s Walkinshaw Andretti United co-driver Lee Holdsworth is another name in the mix as is Andre Heimgartner’s co-driver Matt Campbell who is expected to return to Australia soon.

“I’m shattered to be missing the next three Supercars events, but I understand and respect the health guidelines,” said Reynolds.

“I want to thank Kelly Grove Racing and all of our fans and sponsors for their support, and I can’t wait to get back behind the wheel at Bathurst.”