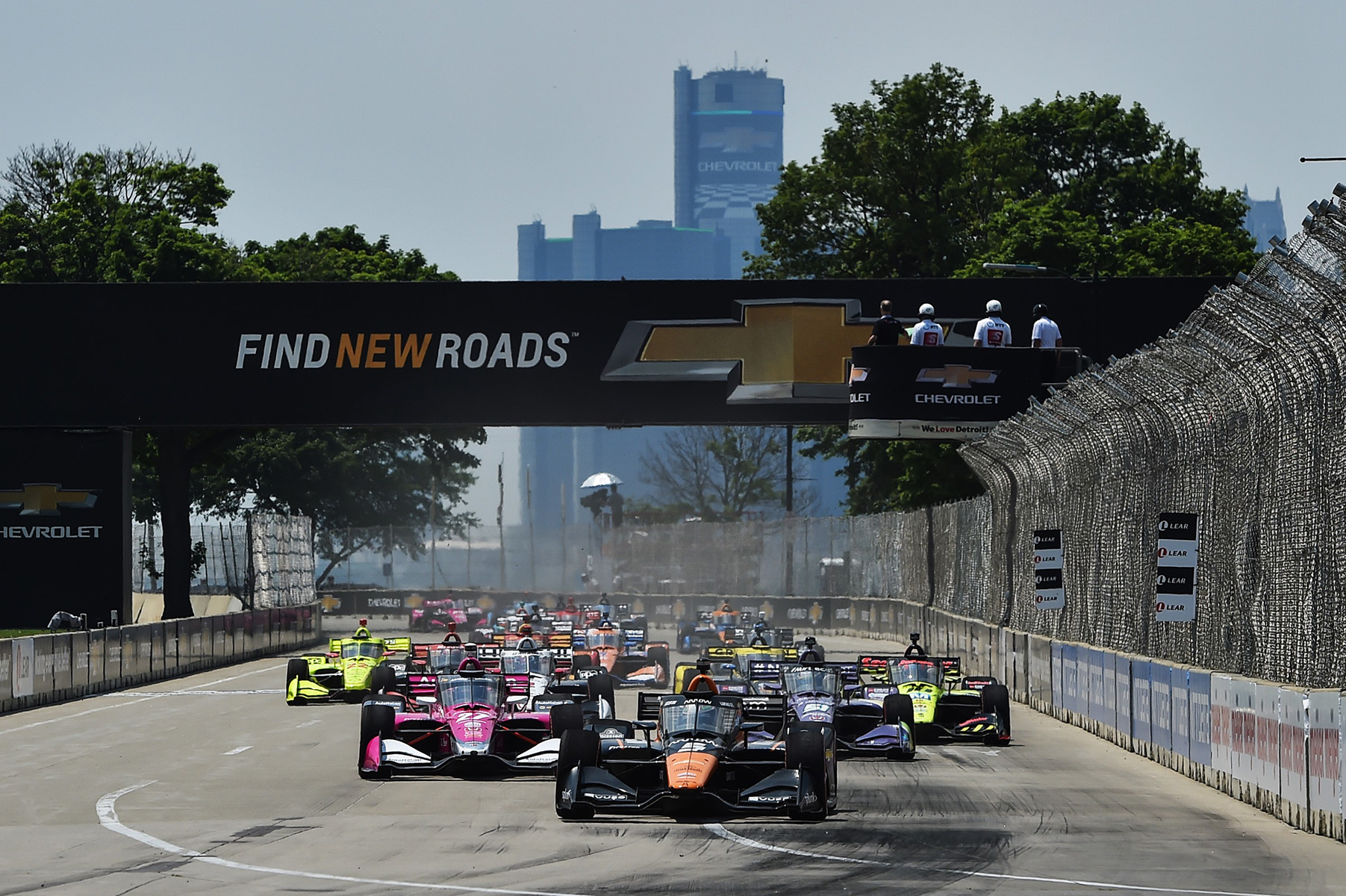 The start of the 2021 Detroit Grand Prix. Picture: Chris Owens

A plan to move the annual IndyCar Series race in the Motor City from Belle Isle to downtown Detroit has been given the green light by the city’s council.

In September a new eight-turn, 2.73km circuit proposal was revealed to move the race to the city’s heart.

The 2022 Detroit Grand Prix will be the last on the island circuit before the move in 2023.

“Over the last five weeks, Grand Prix representatives have participated in numerous listening sessions and information sharing meetings with Detroit residents, business leaders, community groups and individual district representatives on the idea of returning the race to its roots on the streets of Detroit,” a Detroit City Council statement read.

“The positive reaction and the excitement that we have seen from the community about the Grand Prix coming back downtown reinforces our belief that this relocation will provide a significant benefit to the City, its residents and our local businesses for the future.

“We will celebrate the 2022 Chevrolet Detroit Grand Prix presented by Lear on Belle Isle, June 3-5, and we are so excited to begin a new era of the Grand Prix beginning in 2023, ensuring that everyone has the opportunity to experience the energy of our street festival in Downtown Detroit.

“In the coming weeks, we look forward to sharing our vision for the future of the Grand Prix in the Motor City.”

It will mark the first time IndyCar has raced in downtown Detroit, though it won’t be a motorsport debut altogether for the city’s CBD.

From 1982 to 1988, Formula 1 raced on some of the streets that are expected to make up part of the new circuit.