Stewart to step up to Carrera Cup at Bathurst

Stewart to step up to Carrera Cup at Bathurst 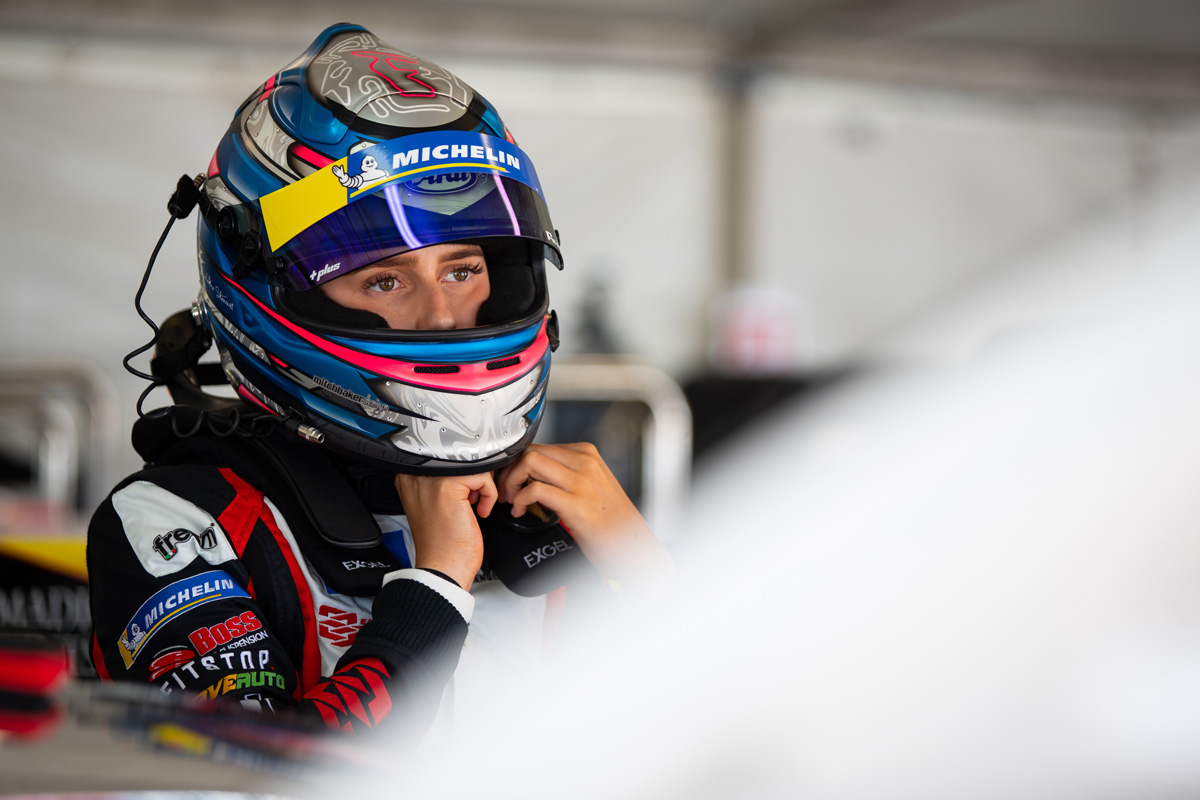 Madeline Stewart has been announced to make her Porsche Paynter Dixon Carrera Cup Australia debut at the 2021 Repco Bathurst 1000.

Stewart will step up from Porsche Michelin Sprint Challenge to contest the final two rounds of the top-tier season as an additional entry for Earl Bamber Motorsport, alongside Supercars-bound Matthew Payne.

Following Bathurst, where Carrera Cup will run across December 1-5, Stewart will find herself on double duties at The Bend on December 10-12, competing in both PCCA and PMSC.

Stewart expressed her excitement at the upcoming opportunity, which will come in the Porsche previously driven by Adrian Flack.

“It’s been a tough year as we haven’t raced since Sydney Motorsport Park in May. We have done a few test days and have made a lot of progress, so I am very excited to take this opportunity on The Mountain,” said the New Zealander.

“The most laps I’ve done around Bathurst was earlier on in the year at the 6 Hour, but Bathurst in a Porsche 911 GT3 Cup car will be a really cool combo and I cannot wait to drive it.”

Stewart said her debut event will be “all about learning” and thanked two-time 24 Hours of Le Mans winner Bamber for his ongoing mentorship.

“The calibre of drivers in Carrera Cup Australia is extremely high, so I am looking forward to getting the experience racing against them in such a competitive field,” she said.

“It’s always good to get some laps around Bathurst and that’s what I am after. My goal is to bring the experience and knowledge of the car through to next year’s racing season.

“While Earl is currently on the other side of the world, he continues to guide and mentor me,” Stewart added.

“He always points me in the right direction and I feel incredibly lucky to be working with him and such a great team.”

Fellow EBM second-tier driver Callum Hedge is tipped to be in line to succeed Payne in Carrera Cup next year, should the latter indeed earn the call-up to the Repco Supercars Championship with Grove Racing.

Hedge, 17, however was forced to pull the pin on his current Porsche Michelin Sprint Challenge campaign due to difficulties travelling between his native New Zealand and Australia.