Hendrick fires back at Hamlin over Bowman outburst

Hendrick fires back at Hamlin over Bowman outburst 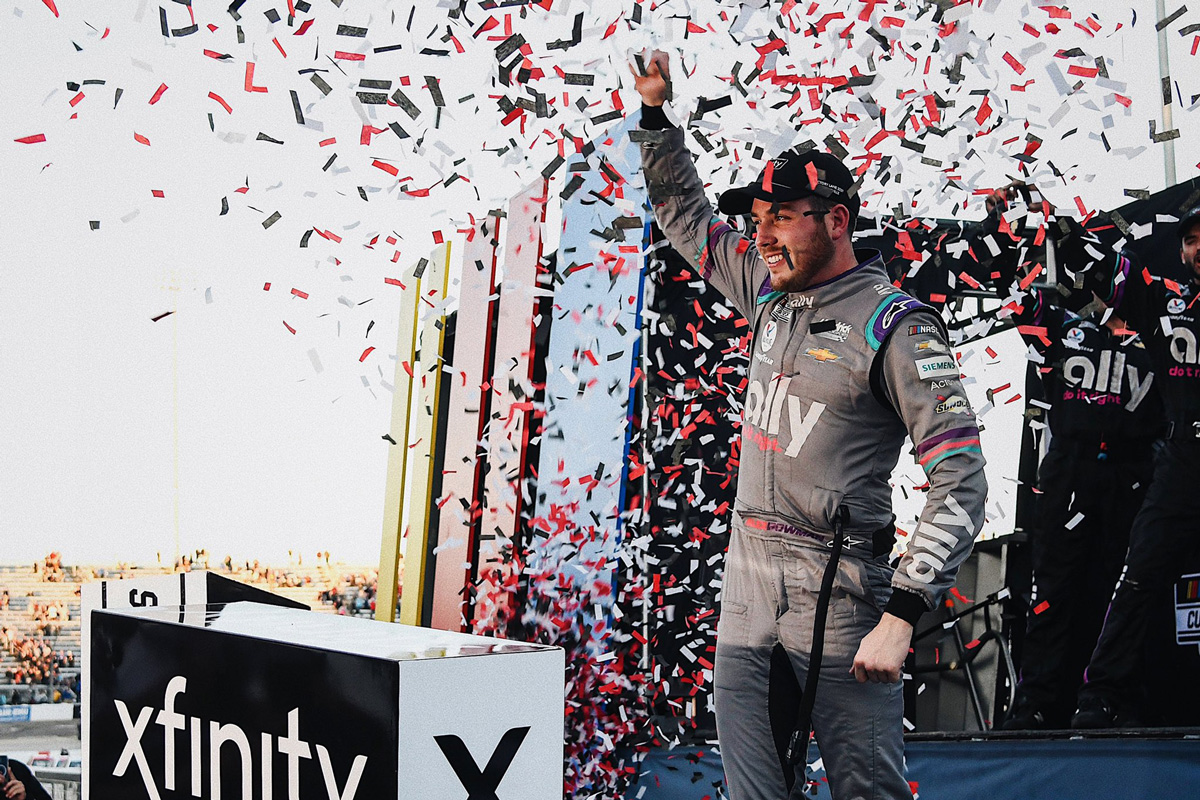 Hendrick Motorsports owner Rick Hendrick has launched a staunch defence of Alex Bowman after his driver was slammed by rival Denny Hamlin.

Tensions boiled over post-race on Sunday (local time) at Martinsville Speedway as Bowman was celebrating victory in the penultimate round of the 2021 NASCAR Cup Series.

It followed Bowman and Hamlin colliding while dicing for the lead, the latter being spun as a result.

Hamlin made a point of showing his frustration after the race by driving his #11 Joe Gibbs Racing Toyota at the #48 Hendrick Motorsports Chevrolet being piloted by Bowman, before later unfurling a series of insults calling the Arizona native a “hack” and “terrible”.

Hendrick himself has now weighed in, standing behind Bowman.

“Describe a hack. I don’t know what a hack is,” Hendrick responded when asked about the outburst.

“But you know, he’s won four races this year. Denny’s won two. I think Denny just lost it Sunday and, you know, Alex races everybody clean.

“He’s a good soldier, the sponsors love him, the crowd loves him.

“I think when you’re in the middle of a disappointment and you’re frustrated and mad, you might say things that you wouldn’t say normally.

Despite the drama, Hamlin proceeded to the Championship 4; he will be up against Hendrick duo Chase Elliott and Kyle Larson, and JGR team-mate Martin Truex Jnr, in the Phoenix Raceway decider this coming weekend.