Shell V-Power Racing Team star Anton De Pasquale gives his take on a dominant weekend at Sydney Motorsport Park, plus a couple of controversial moments, in a blockbuster edition of his The Distiller column, presented by Dasher + Fisher.

What an awesome weekend.

I’m not going to lie, the three-odd months after Townsville were pretty boring, so to be back at a race track with the boys and girls of the Shell V-Power Racing Team was unreal.

Even better was the fact that we went so well, and that was purely a credit to the guys for rolling the car out of the truck absolutely on the money.

From the very first lap on Friday, I just had total confidence in our package and that allowed us to push and refine over the course of the three days.

And we’ll have to keep doing that if we want to remain the benchmark the next three weekends at SMP.

The competition is strong and no doubt will be working overtime to close the gap. We saw in Townsville how quickly that can happen, after the Triple Eight boys had dominated the first weekend.

Plus, there’ll be new conditions, tyres, et cetera to master, and that’s not to mention the return of mixed compound racing will make it even more difficult to be strong across the full weekend.

I think you’ll see lots of guys going all-in with two sets of soft tyres for the one race, which is pretty hard to compete with if you’re running hards during one of the stints.

We saw a bit of that last year and it mixed up the results, including in my favour at Darwin. We’ll have a think about the best strategy to go into this weekend’s three races and go from there.

Anyway, back to last weekend.

We went so close to topping all nine sessions as a team, which would have been a pretty epic achievement in the first round back from the break. It just shows how hard everyone has been working and how we’re all really gelling. 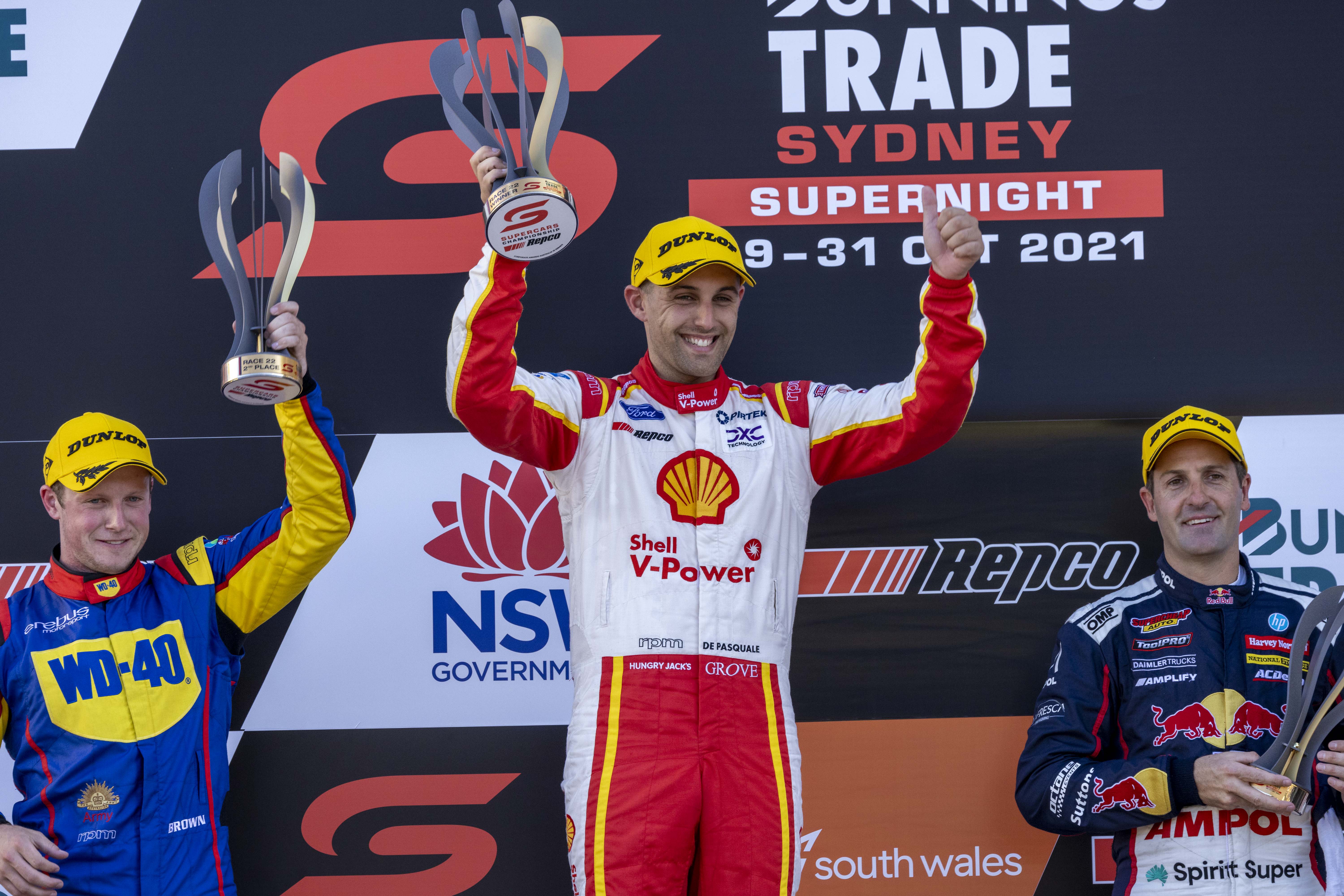 But while it was all smiles on the #11 side of the garage with two wins, it was honestly really hard to see Will [Davison] miss out in the second race.

I made a pretty average start – I’ve still got to change some muscle memory from the procedure I’ve done in the past – and Will was flying.

He did everything right, only for an issue out of his control to cost him.

You could see he was really hurt by it and I felt for him. Will is a genuinely good dude and him and the team really deserved to be on the top step of the podium.

Speaking of podiums, I thought I should quickly touch on what happened on Saturday night.

It probably didn’t look ideal for people watching on when Brodie and Shane ran off but honestly it doesn’t change much for me.

Brodie legitimately only had one suit so I kind of understood where he’s coming from.

I’ve been that guy hosing down a suit after a race for the next day, or trying to wash it and get it dry for the morning – it’s not as easy as it seems. So yeah, it is what it is and I think Shane just followed.

The only other I guess semi-controversial moment of the weekend was getting disqualified from the second race, when I had finished fifth.

To be honest, I wasn’t too worried about it.

It was out of my control, obviously a mistake had happened, everyone owned up and we moved on to the next race, which we won.

The team are great with reviewing that kind of thing to make sure it doesn’t happen again.

We did lose a stack of points, but we’re a fair way back in the championship anyway so it only really affects the standings for the prizemoney that’s being handed out for the four SMP rounds.

But it’s not something that I’m going to lose sleep over, especially because we had such a good weekend.

The team made an error but I’ve made plenty more, so we win and lose as a team.

I can’t wait to be racing again next weekend and hopefully we can put on another good show.