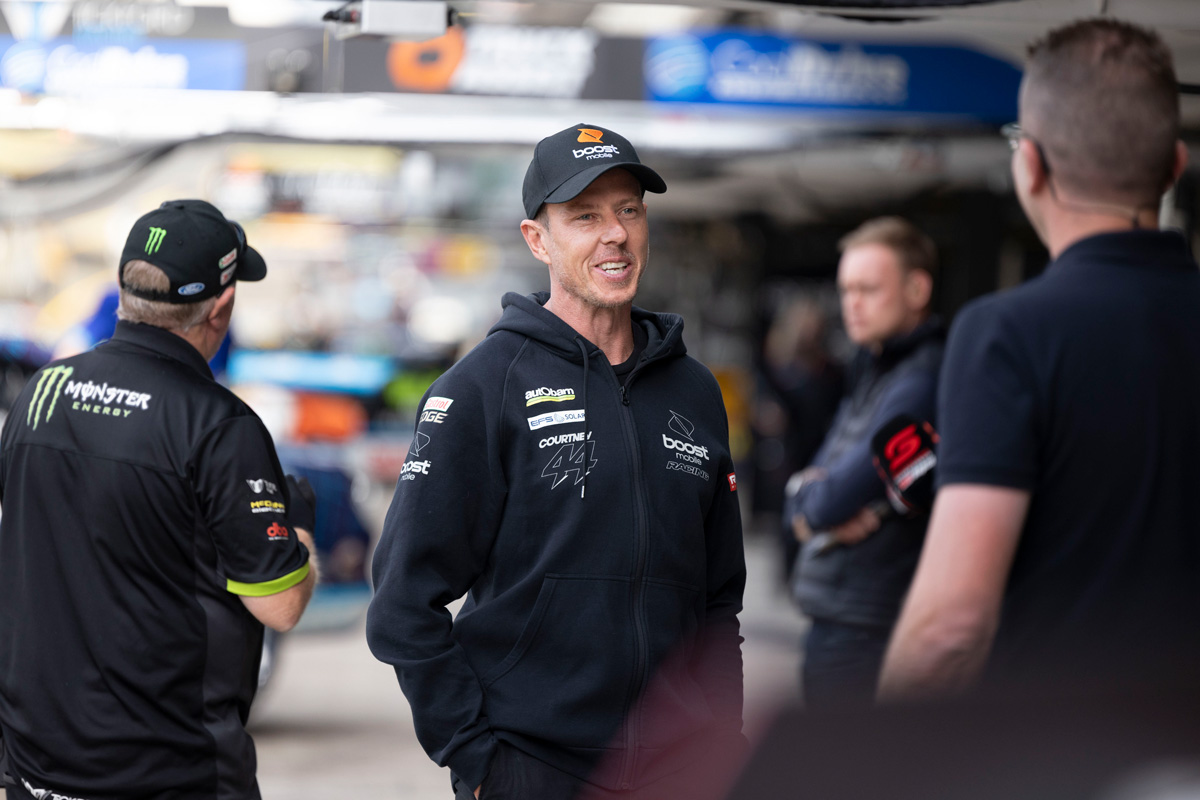 James Courtney has given a thumbs up to Tickford Racing’s revised driver line-up for the 2022 Repco Supercars Championship.

The final piece of the puzzle fell into place last week, with ace Cameron Waters confirmed at last on a new deal.

Courtney himself had long been a question mark before being announced on a multi-year extension.

Jake Kostecki, 21, was the shock, hired to effectively swap places with Jack Le Brocq, who will join Matt Stone Racing next year.

Their one 2022 driver not already on the grid full-time, Thomas Randle, ironically had been locked in the longest; confirmation of his promotion coming soon after news broke that Tickford had been awarded a fourth Racing Entitlements Contract.

Accordingly, the team’s average age of drivers will drop to 28.8 at the start of next season, having sat at 31.3 at Round 1 this year, the Mount Panorama 500.

Courtney, the 2010 Supercars champion, had already spoken of looking to guide Waters through this year’s title battle – and now there’ll be plenty more mentoring to be done.

“Obviously I have been pretty closely with Thomas already with his wildcard stuff, so I have a good relationship with Thomas and he’s a good young talent,” Courtney told Speedcafe.com.

“He had a similar career path to what I did, going to Europe and whatever, so I’ve got experience with him and looking forward to that.

“I don’t think I’ve ever even crossed paths with Jake. I’m sure he’s a nice enough chap and on the track we have sort of raced each other, so yeah, I think it’s good, the way the garage layout is. 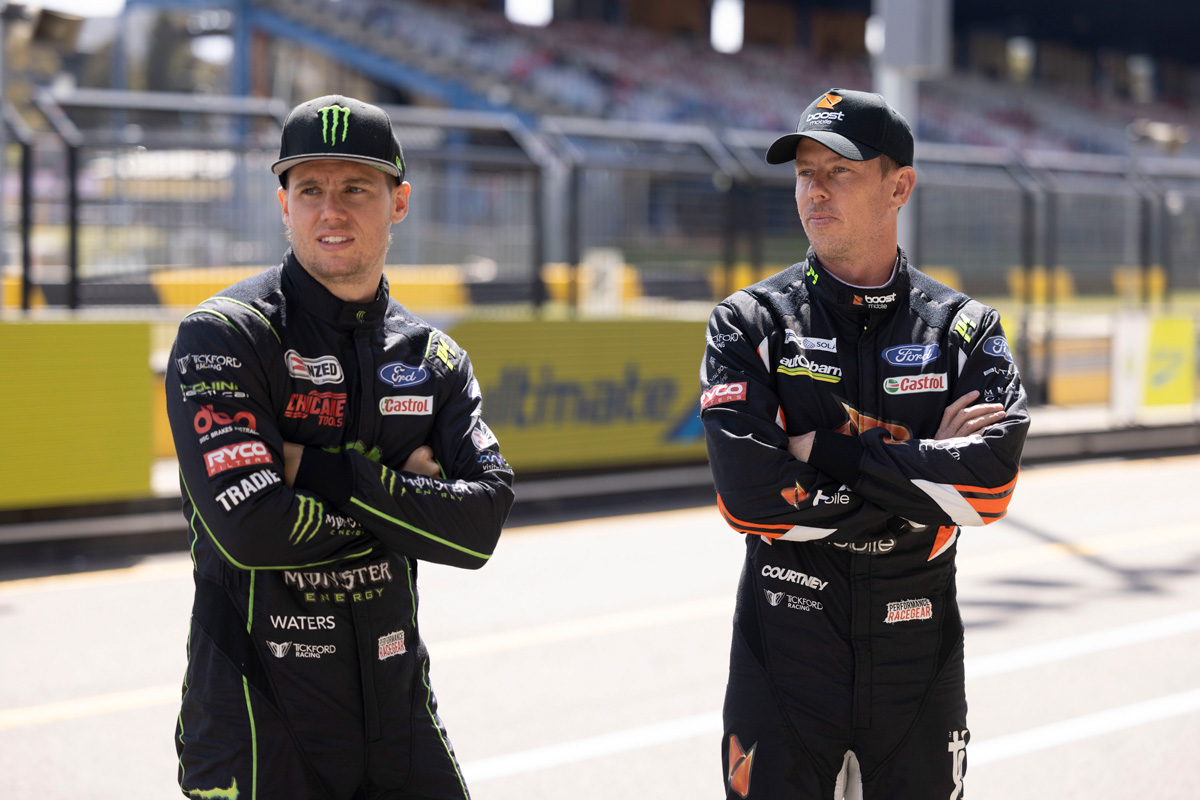 “[Co-owners] Tim [Edwards], Rod [Nash] and Rusty [French], they’re future-proofing I guess with me with all the experience, Cam with a lot of experience and really on top of his game at the moment, and planning for the future with Thomas and Jake.

Courtney sits 11th in the current season’s standings, having lost two places as a result of a disappointing Bunnings Trade Sydney SuperNight in which he spent much of the event outside the top 15.

“We did get a bit better there at the end which was nice, but overall it was a really difficult weekend for us,” he said on Sunday evening.

“We threw all sorts of changes at the cars to try and find a good direction, I think we started to find our way [on Sunday] but we still have a ways to go and obviously it makes this weekend a bit of a waste in terms of points.

“It was a frustrating weekend overall, but good to see the team battle back.

“We had great stops all weekend and the boys worked really hard so it wasn’t for lack of trying. The results weren’t great but hopefully we’ve taken a good step and will be more in the window from the get-go next weekend.”

Sydney Motorsport Park will host the second of four straight Supercars Championship events, the Armor All Sydney SuperNight, this coming Saturday and Sunday.