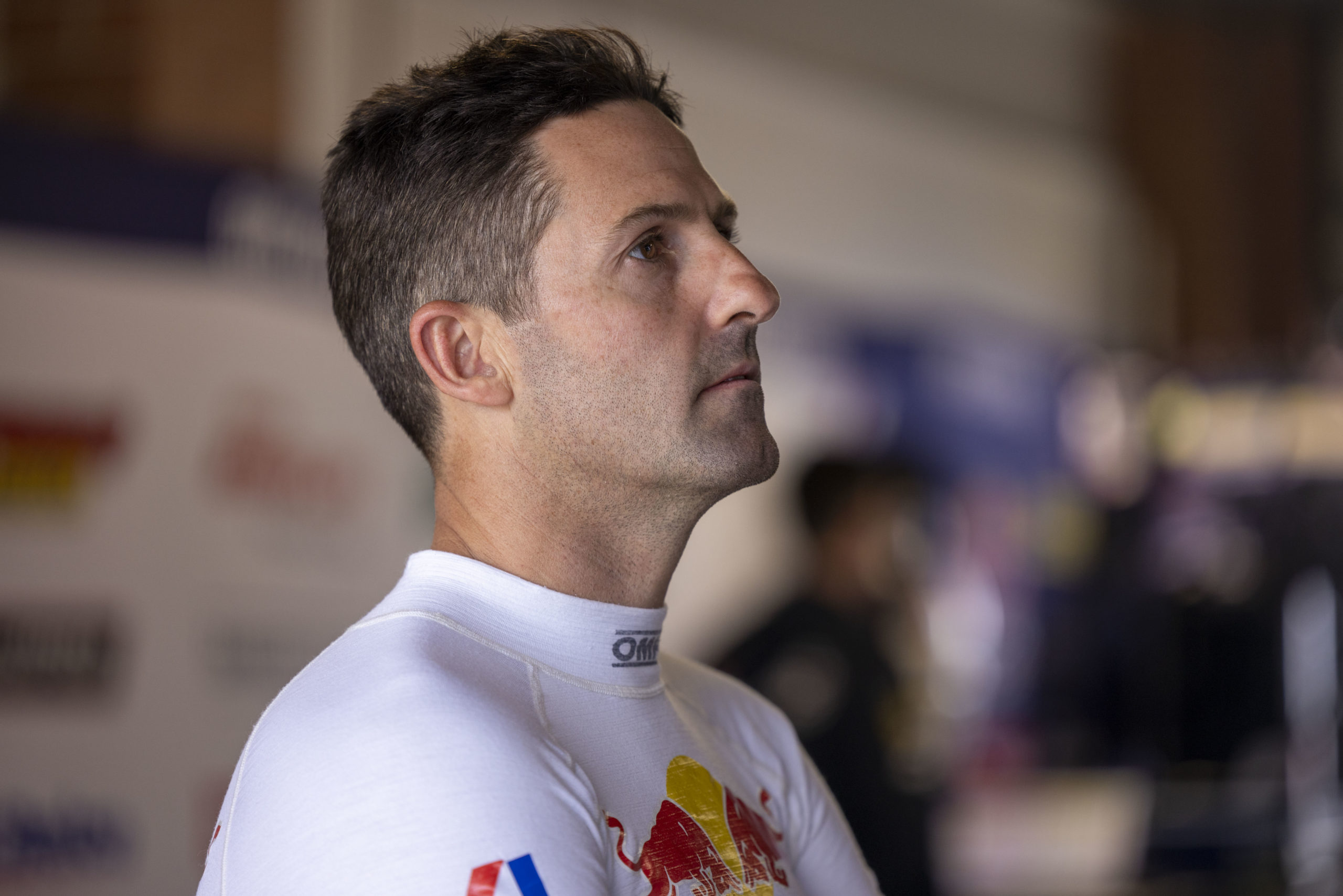 Red Bull Ampol Racing’s Jamie Whincup says it was almost a relief to close out the first Sydney SuperNight with a podium after being made to look “ordinary” by his team-mate.

Repco Supercars Championship leader Shane van Gisbergen started off the weekend with a strong drive from sixth to second under lights at Sydney Motorsport Park in Race 20.

Meanwhile, Whincup fell one place from eighth to ninth in the 32-lapper.

Overnight, the momentum swung in favour of Whincup when it came to qualifying as the seven-time champion qualified fourth and third while the Kiwi was sixth and fourth.

Van Gisbergen pulled through to claim victory in Race 21 after an electrical issue starved Shell V-Power Racing Team driver Will Davison of his first win in five years.

Again, Whincup would lose ground, this time falling to sixth at the close of play in the weekend’s penultimate race.

Come Race 22, Whincup would find himself in a tit-for-tat battle with his team-mate, ultimately ending with the 38-year-old prevailing for third.

The championship veteran would go on to finish the race a little over 20 seconds in arrears of race winner Anton De Pasquale.

Despite the distance between he and the leading Shell V-Power Racing Team entry, Whincup was upbeat after being uncompetitive from the outset.

“It’s almost relieving, to be honest, to be on the podium,” said Whincup.

“My team-mate was making me look pretty ordinary. Certainly in the races, the first two races I was going backwards and he was going forwards.

“It was an intense debrief [on Saturday night]. I said, ‘We’re looking pretty stupid’.

“I used a Days of Thunder line, to be honest. You can probably guess what it was.

“Anyway, we got it together for the last one. It’s nice to get some champagne.”

After some back and forth radio and a spell racing under the rear wing of the #88, the following #97 pitted.

That period in dirty air likely cost them a chance to undercut eventual second place finisher Will Brown of Erebus Motorsport, who pitted and returned to the race just ahead of van Gisbergen.

Later, Whincup would chase down van Gisbergen and pass him at the penultimate corner before stretching his legs.

The battle brought back memories of their exchange earlier this year in Townsville.

That saw van Gisbergen pulled up for a heated exchange with Whincup which would ultimately see the Kiwi get the upper hand.

“We’ve got one rule; don’t run into each other,” said Whincup.

“It’s awkward racing your team-mate because you don’t want to crash into them.

“You’ve got to give them a bit more room, but SVG is bloody hard to pass so you’ve got to have a big go at the same time.

“It’s a juggling act. We race each other hard. There were 10,000 people out here this weekend so we certainly want to race to the end.”

With such a large margin between he and De Pasquale, Whincup said the team will need to take a big swing for the second weekend at Sydney Motorsport Park to find time.

“There’s a small factor with four tyres versus three tyres, but it certainly doesn’t make up the whole 20 seconds,” said Whincup.

“We were a fair bit down after the first stint. Without doubt, Car #11 was superior this weekend.

“We’re going to venture away from what we traditionally do next week and it might hurt us, but we might find some gains as well. We won’t die wondering.”

Whincup’s deficit to van Gisbergen now sits at 338 points, more than an entire round’s worth of points.