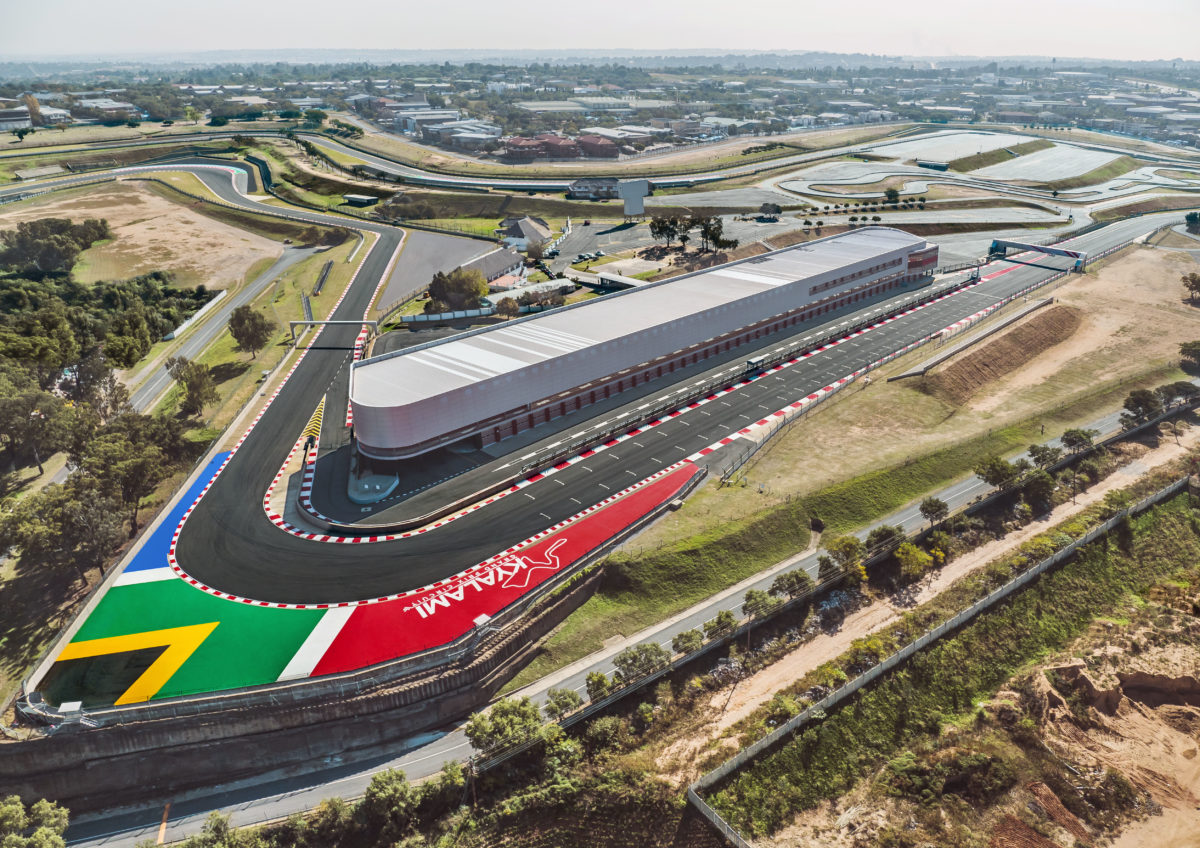 Kyalami has been flagged as a potential F1 venue

Lewis Hamilton has highlighted South Africa as the ideal country to host a round of the Formula 1 World Championship.

The sport is currently on something of an expansion drive, with new events joining the calendar this year, and next.

There has also long been talk of F1 returning to Africa, having last visited the continent for the South African Grand Prix in 1993.

With the exception of Antarctica, it today stands as the only continent not to host a round of the world championship.

F1 boss Stefano Domenicali has suggested the sport could return there in future, highlighting Kyalami as its most likely destination.

Speaking on CNN in September, the Italian confirmed interest from Kyalami, which has the sport on 20 occasions from 1967 to 1993.

“Of course, we have discussed with them in order to see if they are ready from the technical perspective, the financial perspective, to be inserted in the calendar, so discussions are there,” Domenicali said of a potential return to South Africa.

Hamilton has now added his support for the notion when asked about where he’d like to see F1 race in future.

“The place that I really feel is dear to my heart, and most important for me, is to get a race back in South Africa,” the seven-time world champion said.

“I think we’ve got a there’s a great following out there and I think it would be great to be able to highlight just how beautiful motherland is.”

His comments came amid suggestions F1 is looking to add a third race in the United States.

F1 raced in Texas at the Circuit of The Americas last time out, and next May will welcome Miami to the calendar for the first time.

There is now talk of another race being added, with a contingent of officials from Las Vegas in attendance at COTA.

The United States has traditionally proved difficult for European motorsport to break into, though many regard this year’s United States Grand Prix as something of a watershed moment.

F1 is now owned by Liberty Media, an American organisation, while there is growing US-interest on the grid.

Williams is owned by US investment firm Dorilton Capital, while Netflix is credited with helping open the US market through the Drive to Survive series.

As the sport looks to hit home its growing popularity stateside, it comes at a time when visitor numbers in Las Vegas have stagnated.

In 2019, the Nevada city welcomed 42.5 million visitors, a figure which dropped to 19 million last year.

While that figure has risen again this year, it remains well down on the most recent non-COVID impacted period.

There is therefore motivating factors on both sides to make the event happen, with support from the teams and drivers, too.

“The US Grand Prix is fantastic, and it’s such a huge country, having just one race here for sure isn’t enough to really be able to tap into the sporting culture here and really encapsulate the fans and get them on the journey with us,” noted Hamilton.

“I think, definitely you need at least to have two, but there are so many great cities to have a Grand Prix.

“Miami is going to be incredible, as is Austin.

“I don’t know where they’ll have the next one but I’m not opposed to that.

“I think that’s quite cool, having kind of little mini championships in these continents, I think is not a bad thing for the sport.”

Daniel Ricciardo is also in favour of more racing in the US, though jokingly suggested a race in Las Vegas might result in a few drivers going AWOL.

“I say the more the merrier but we’ve obviously got a pretty busy calendar as it is,” he began.

“Obviously I welcome very much Miami next year.

“We’re not convinced every driver would show up, so that’s a good one for reserved drivers!

“Be alert for Vegas, you might get your chance!”

Ricciardo has made no secret of his fondness for racing in the United States, adopting a Texan accent during press interviews and embracing the culture throughout the US Grand Prix weekend.

“I don’t know, for whatever reason I love it,” he said.

“I love the atmosphere and it’s just a good laugh. I always have a good time here.

“It’s not only Austin. I have done Miami a couple times and that’s been fun as well, and there’s many states and cities that I haven’t yet visited in the US, so I’m sure there’s more to discover.”

Hamilton’s Mercedes team-mate, Valtteri Bottas, is also in favour of more racing in the US, though suggested he’d have to get over some personal baggage to race in Vegas.

“I once had a big weekend in Vegas, and after that I thought ‘never again’,” he said.

“But I might have to eat my words, and I would be happy now to go back, it’s already many years ago.

“Honestly, from my side, having more races in the US would be a good thing,” he added.

“I can see the quite a big difference in the recent years on how popular Formula 1 has become in the US and much more people recognise the sport.

“It’s definitely growing and so yes, I will happily go to Miami and even Vegas, if that’s the case.”

Even Ferrari’s Charles Leclerc was onboard with an expanded US presence, though also shared Hamilton’s broader view on F1’s expansion.

“I would love to have a third race in the in the US,” he said.

“I think Formula 1 is getting bigger and bigger in the last years, thanks to the Netflix season here, and I can definitely feel it and say it and I love also this, this country.

“I will be very happy to have a third race here.

“I agree with Lewis on Africa,” he added.

“In general will be great to have a race there.”

Formula 1 is set to take in 23 races across 36 weeks in 2022, the busiest season in the sport’s more than seven-decade history.

An aerial view of the Kyalami circuit