Seton parks Trans Am campaign to focus on Super2

Seton parks Trans Am campaign to focus on Super2 Aaron Seton in the Trans Am. Picture: Australian Racing Group

National Trans Am Series leader Aaron Seton has ended his pursuit of that title in order to concentrate on the conclusion to the 2021 Dunlop Super2 Series.

The Super2 campaign ends with rounds later this month at Sydney Motorsport Park and then on the support card for the Repco Bathurst 1000 next month.

The same is true for National Trans Am, the competition which Seton leads by four points.

However, he has elected to stick to driving the #30 Matt Stone Racing VF Commodore in the second-tier Supercars series, in which he is a rookie.

In explaining the decision on social media, Seton also thanked the Harris family for its support, having won the 2019 TA2 Muscle Car Series with the squad.

“It’s been a really difficult decision but we have decided not to contest the remaining two Trans Am Australia rounds at Sydney Motorsport Park and Bathurst,” wrote the third-generation driver.

“We have made this decision to fully focus on our Super2 programme at those events. 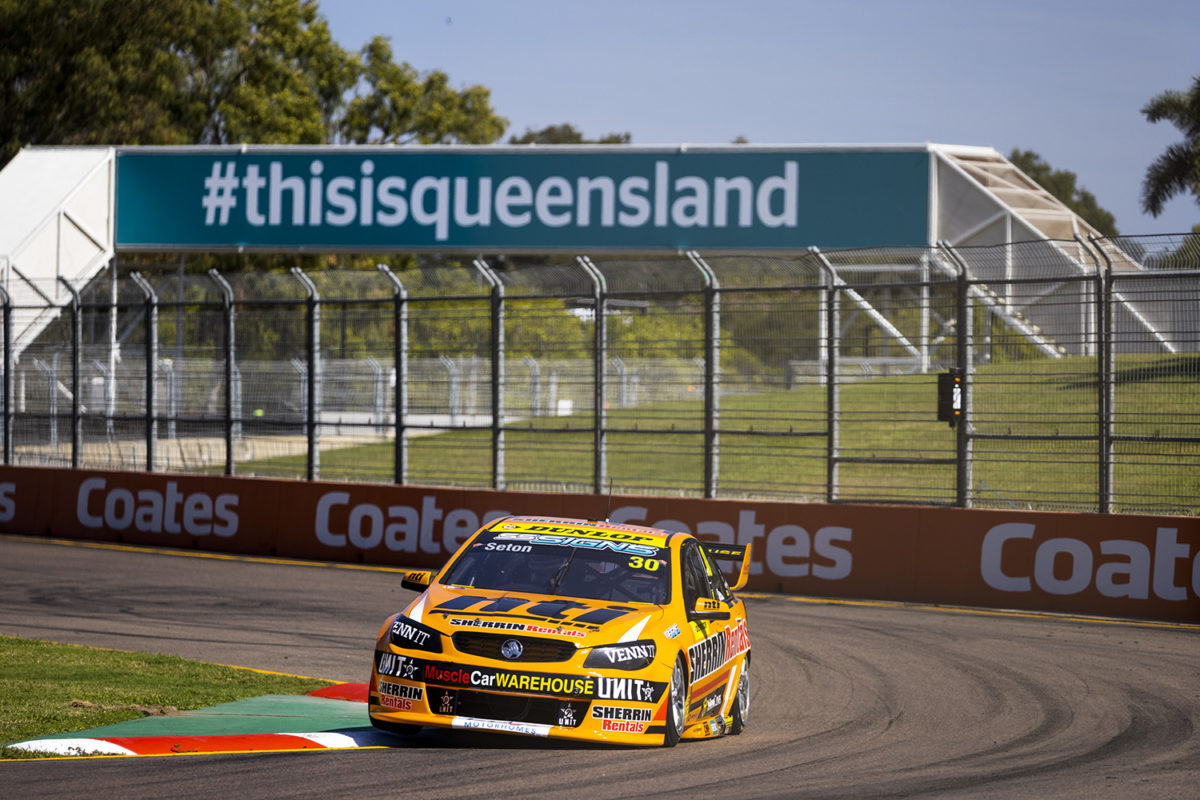 “Firstly, thank you to the Harris family for the opportunity that they gave me four years ago to drive their Trans Am car and their support since then! We have all developed so much over the seasons and have created memories that I will cherish forever.

“Also, thank you to Pappa Glenno and Chris Topp for the endless amount of hours that have gone into developing the car! Because of your work, I have full confidence every time that I go on track.

“Finally, thank you to all the people who have backed our Trans Am programme over the years and made it possible for me to chase my dream!

“I’m looking forward to seeing what the future holds, continuing to develop as a driver and working on my goal of becoming a professional Supercars driver.”

Seton is currently 14th in the Super2 Series, while Nathan Herne now effectively holds a 117-point advantage in the Trans Am title race.

Both competitions return to the track in support of the Beaurepaires Sydney SuperNight, on November 19-21.