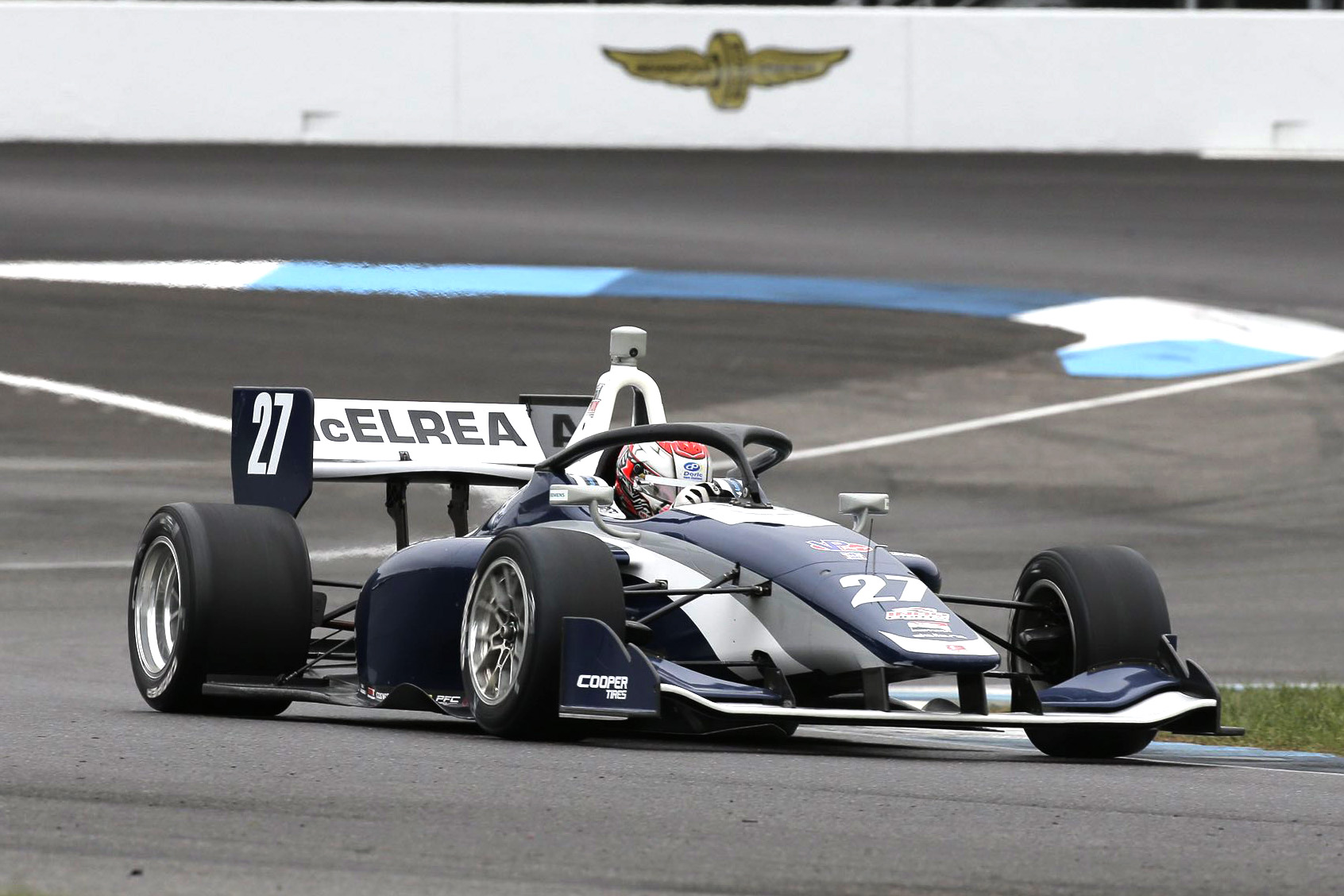 Hunter McElrea has made a solid case for his promotion to Indy Lights after a strong showing in the post-season Chris Griffis Memorial Test at Indianapolis Motor Speedway.

The two-day test saw Indy Lights, Indy Pro 2000, and USF2000 take to the road course layout at the famed Brickyard.

New Zealand’s McElrea was third quickest for Andretti Autosport across the six sessions, setting a time less than a tenth off the chart-topper.

McElrea was joined by Australia’s Matthew Brabham at Andretti Autosport, the 2016 Indianapolis 500 finisher setting the 10th best time in the 14-car field.

The Global Racing Group with HMD Motorsports pilot was followed by Kyffin Simpson of the Cayman Islands who completed the most laps of anyone, 116 in all.

The TJ Speed Motorsports pilot was second quickest with a 1:25.4850s, his best effort coming in the final session on Sunday (local time).

McElrea in third clocked his best time in the third session of the two-day test with a 1:25.5218s to end up as the best Andretti Autosport entry.

Test timesheet topper Pedersen was upbeat at the close of proceedings.

“Yesterday, both sessions that we did we were P1 so the car was working really well.

“It was a little bit of tyre strategy today. We were saving some sets for the last session, so on used pace today we were still the fastest which was really good.

“The last session, we tried some things that didn’t work out but we knew where we were yesterday.

“Overall, really happy to finish the test fastest. We are just trying to continue our momentum and work hard on focusing on our own programme.

“I’m excited to continue this pre-season and get the new year going.”

McElrea earlier this year completed his second season of Indy Pro 2000 in which he finished third overall.