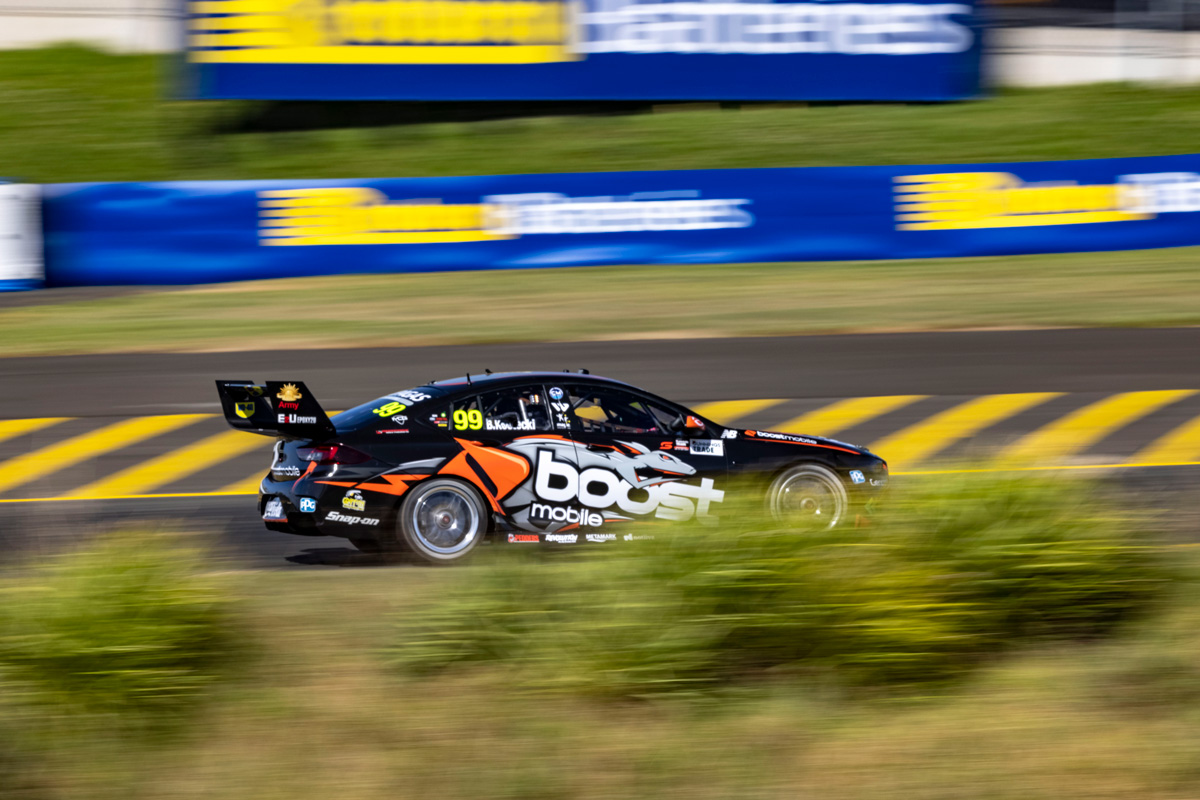 Erebus Motorsport rising star Brodie Kostecki has made light of a brutal start to the final leg of the Bunnings Trade Sydney SuperNight yesterday.

Both Erebus drivers starred all weekend, with Kostecki claiming third under lights on Saturday night and fourth in the earlier Sunday race.

But having just about exhausted his 20-tyre allocation for the Saturday/Sunday portion of the event, there would soon be pain to come.

Forced to start on old rubber, Kostecki was quickly mobbed in Race 22, plummeting from fifth to 23rd inside six laps.

The #99 pitted at the end of Lap 6 to ditch those tyres, employing an undercut strategy to recover to a 15th placed finish.

“Last race [yesterday] was a bit of a strange one for me – went out on old tyres and pretty much was just a tent peg and just held on for the whole race,” Kostecki chuckled.

“But it was good, we got to try some stuff for next weekend, so can’t wait to go racing again.”

With team-mate Will Brown also showing well with results of fifth, 11th and second, the Erebus duo are eyeing even bigger things in the Sydney Motorsport Park rounds to come.

“Cars have been really pacey the whole weekend and cars have been absolutely awesome in the race as well which is good to see,” added Kostecki.

“We have just got to find a little bit of a gap to close up to the Shell [V-Power Racing Team] guys up front and hopefully we can contend for some race wins.”

Brown and Kostecki are now ninth and 10th, respectively, in the standings having both jumped Tickford Racing’s James Courtney.