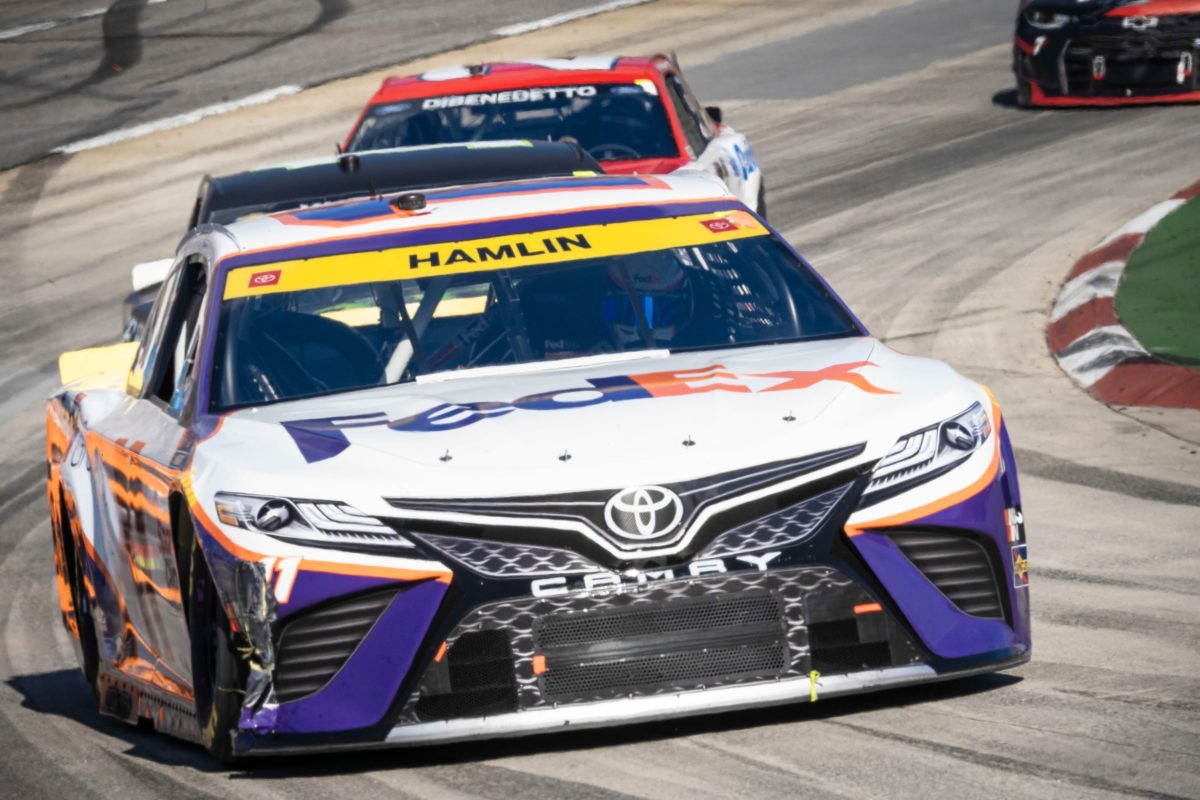 Hamlin was spun out of the lead of the Xfinity 500 when Bowman fired down the inside.

The latter would go on to win the race, only to be confronted on-track by a furious Hamlin, who still ultimately made it through to the Championship 4.

“He gets his arse kicked by his team-mates every week. He’s [expletive] terrible. He’s just terrible. He sees one opportunity, he takes it.

“He didn’t want to race us there. We had a good, clean race.

“I moved up as high as I could on the racetrack to give him all the room I could, he still can’t drive.”

Hamlin was booed by the crowd during the interview, and declared he expects more of the same from fans at the season finale at Phoenix Raceway next weekend.

Joining Hamlin in the Championship 4 will be Elliott, Kyle Larson, and Martin Truex Jnr.