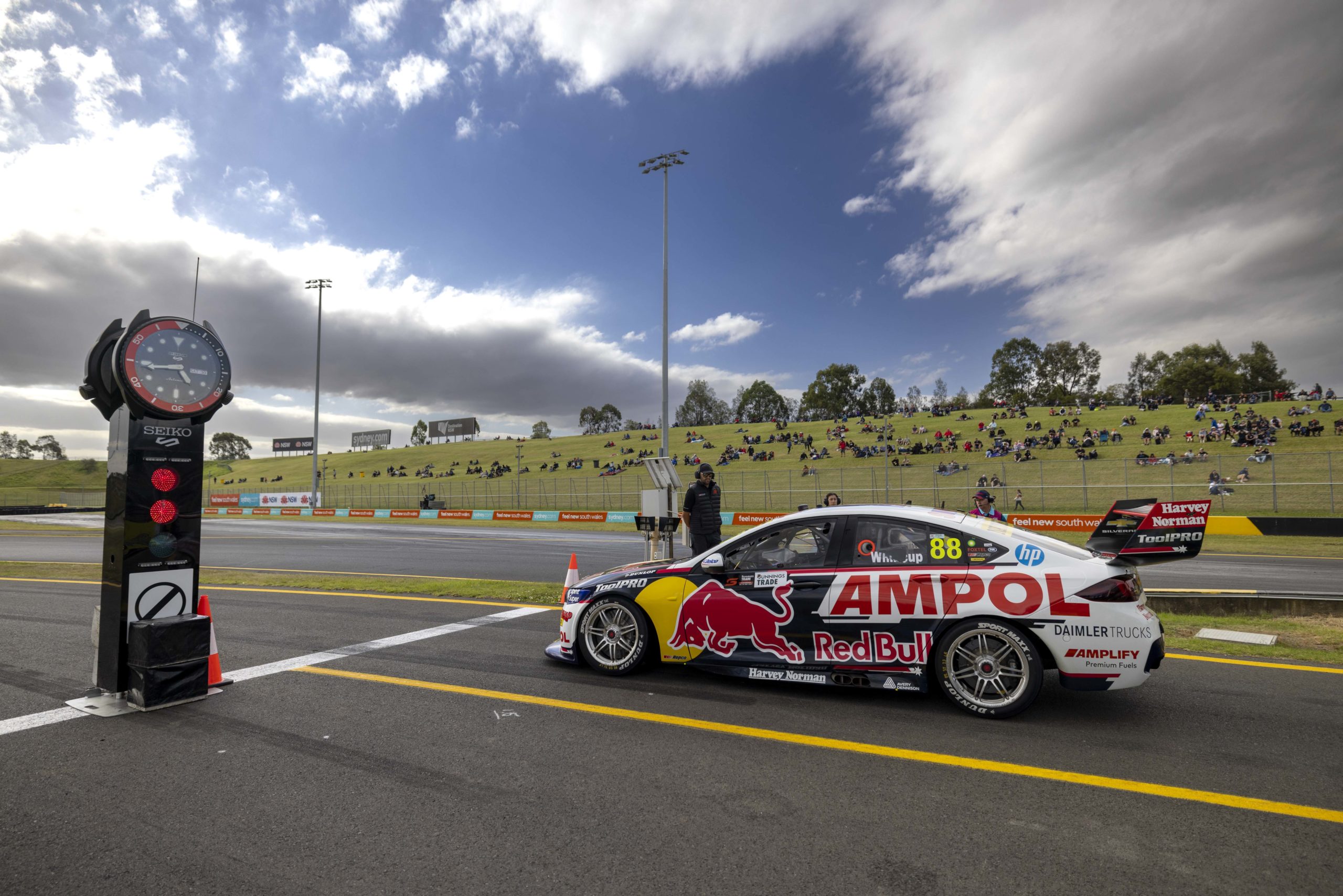 Top five qualifier Jamie Whincup believes he’s back in the mix after an uncompetitive Saturday at the Bunnings Trade Sydney SuperNight.

The Red Bull Ampol Racing driver qualified eighth to make the Top 10 Shootout for Race 20, a position he’d maintain in the one-lap dash.

He would then fall to ninth in the 32-lapper while team-mate Shane van Gisbergen went on to claim second behind race winner Anton De Pasquale.

For the seven-time Supercars champion, it marked an overnight turnaround.

“I’d probably go as far as to say we weren’t competitive yesterday.

However, Whincup and van Gisbergen do have time to find to beat Shell V-Power Racing Team front-runner De Pasquale.

He continued his run of dominance at Sydney Motorsport Park this morning, leading the respective qualifying sessions by over 0.6s and just under 0.4s to his nearest rivals.

“Yeah, we’re half a second off car #11, but we saw big performance here with Scotty [McLaughlin] for a few years and obviously they’ve got a really good set-up to get around this fast, flowy circuit better than most,” said Whincup.

“We’ve got four weekends here. We’ll keep chipping away and trying to find it.”