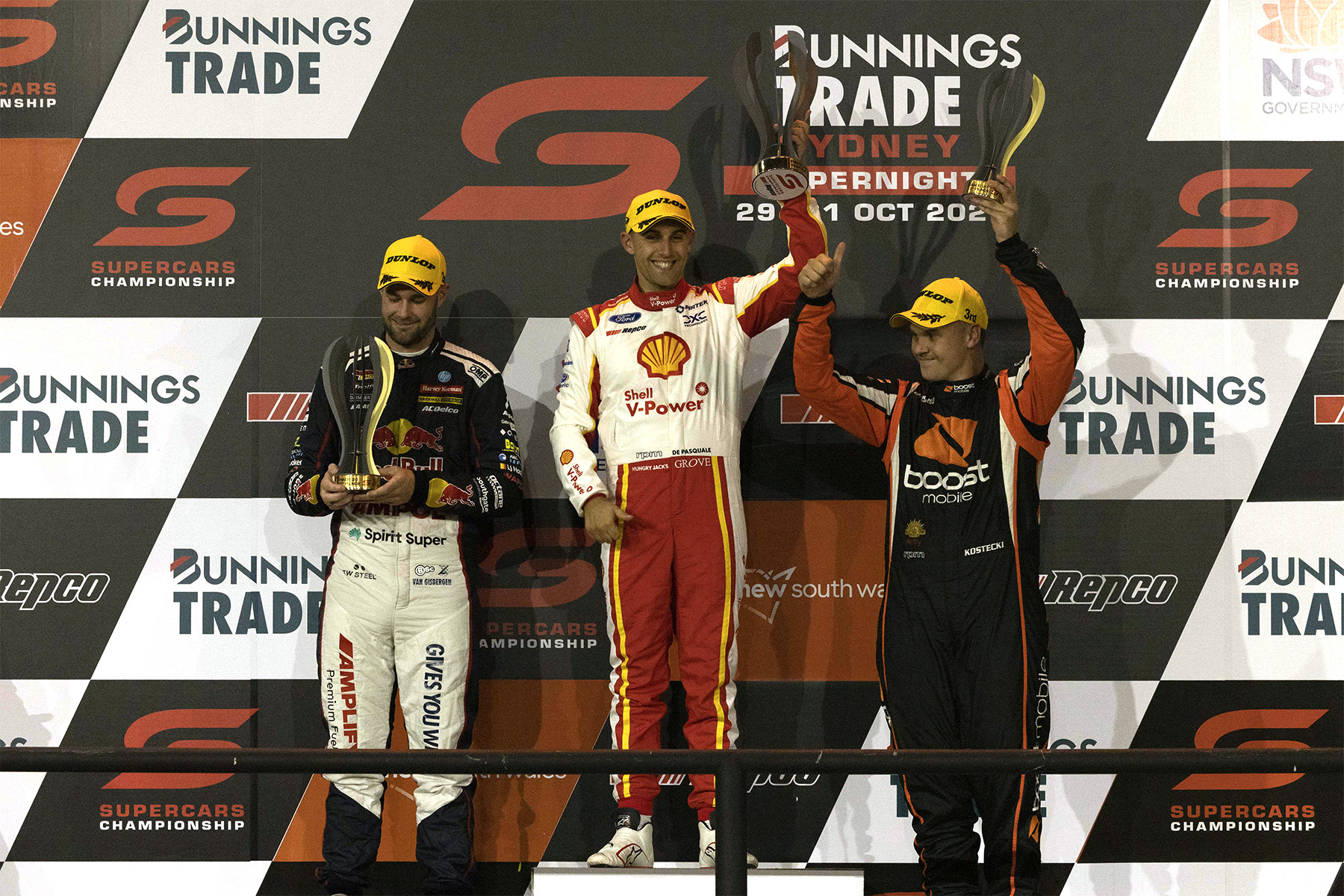 Shane van Gisbergen and Brodie Kostecki have both apologised for their sudden departure from the Race 20 podium at the Bunnings Trade Sydney SuperNight.

Race winner Anton De Pasquale was left standing alone on the podium when van Gisbergen and Kostecki exited the stage for the champagne celebrations.

The Shell V-Power Racing Team driver sprayed his bubbly on his own while van Gisbergen went to celebrate with his Red Bull Ampol Racing team.

“Went to spray the team. I realise it looks bad on TV, apologies.”

Kostecki, meanwhile, explained that he only had one race suit which he said he couldn’t afford to get wet.

“I just want to apologise to everyone that was watching last night on the podium,” Kostecki said on Sunday morning at Sydney Motorsport Park.

“Unfortunately I only have one suit which is what I’m wearing, so I couldn’t risk it.

“It wasn’t going to dry in time for qualifying today so apologies about that. New suit will be here soon.”

The trio continued their Saturday form to Sunday, namely De Pasquale who extended his run of topping every session so far with back-to-back pole positions for Race 21 and Race 22.

“Great job by everyone at Erebus,” Kostecki said between qualifying sessions.

“It’s great to see that the speed is transferring day to day. Starting third, it’s another few spots closer to the front so we will just keep tuning on it.”