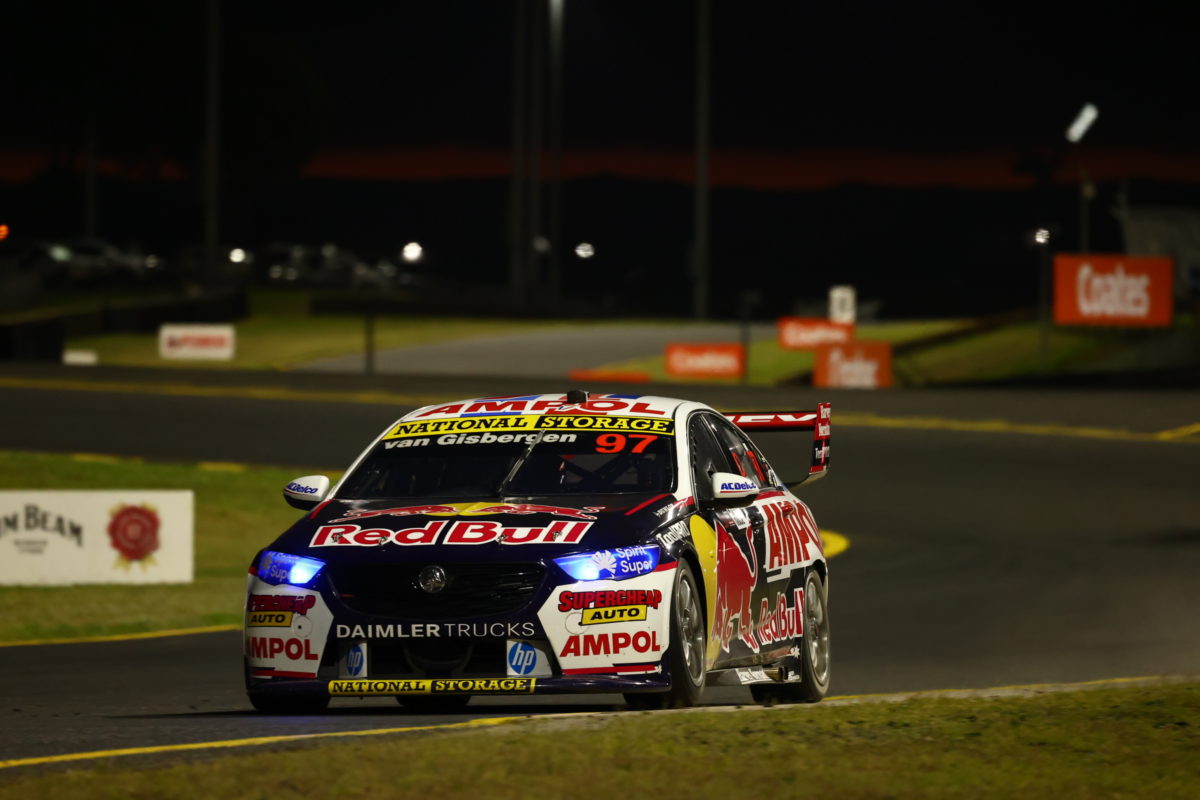 Admitting Whincup and Car #88 “just didn’t have the pace,” Dutton revealed that Triple Eight Race Engineering is in something of an experimental mode in a bid to improve at ‘Eastern Creek’.

“We’re purposely doing a few different things on the car to learn,” he told Speedcafe.com.

“We’re here for four weeks so we’re trying to understand how we can improve our weaknesses here, across both cars.

“So, we’ve got to review some of the decisions and changes we made as a collective engineering group, and see which were right and which were not right.

“We need both the cars up there, and we need smoother sessions than we did [on Saturday], and better pace, so the lads and girls will be working hard for that, that’s for sure,” added Dutton.

That does not, however, mean Triple Eight is doing anything particularly dramatic, nor is there necessarily a divergence within the team.

“The cars are always quite similar, but you don’t have to be a lot different to be different,” explained Dutton.

“The cars up and down pit lane are very, very sensitive, so a small change can have a huge effect.

“We’re just doing some small, considered changes, but they’re not always better, so we need to understand which ones improved the car, and which ones didn’t.”

Van Gisbergen had provisionally qualified third for Race 20, but slipped to sixth on the grid once the Top 10 Shootout was done, after the Triple Eight crew neglected to re-install blanking on Car #97 in the short turnaround before the one-lap dash.

However, a good start and some canny manoeuvres in the opening corners saw him emerge in third position, where he sat for several laps.

Despite a cautious run home after an issue was discovered on one of his outgoing tyres, the New Zealander was comfortable enough in the runner-up position.

As such, he extended his championship lead over all else in the top five in the standings, and now boasts a 312-point margin over Whincup, his nearest rival in the title race.

“Yes, we all want to win, but we’re leading the championship, we didn’t have our best qualifying or shootout day today, so to fight back for a P2, really happy with that for 97,” remarked Dutton.

“Obviously 97 in the race was solid, but definitely second [on pace]. Not first, we’re not imagining we’re there – next door [DJR] was rock-solid – and we’ve got to analyse the data closer to see whether it was second or are we not even there?

“Definitely looked like he [van Gisbergen] had good pace, but he also drove the race quite smartly.

“There were some people going super-hard early, and doing a good job of it, but Shane sort of played the long game, and we came in with a solid P2.”