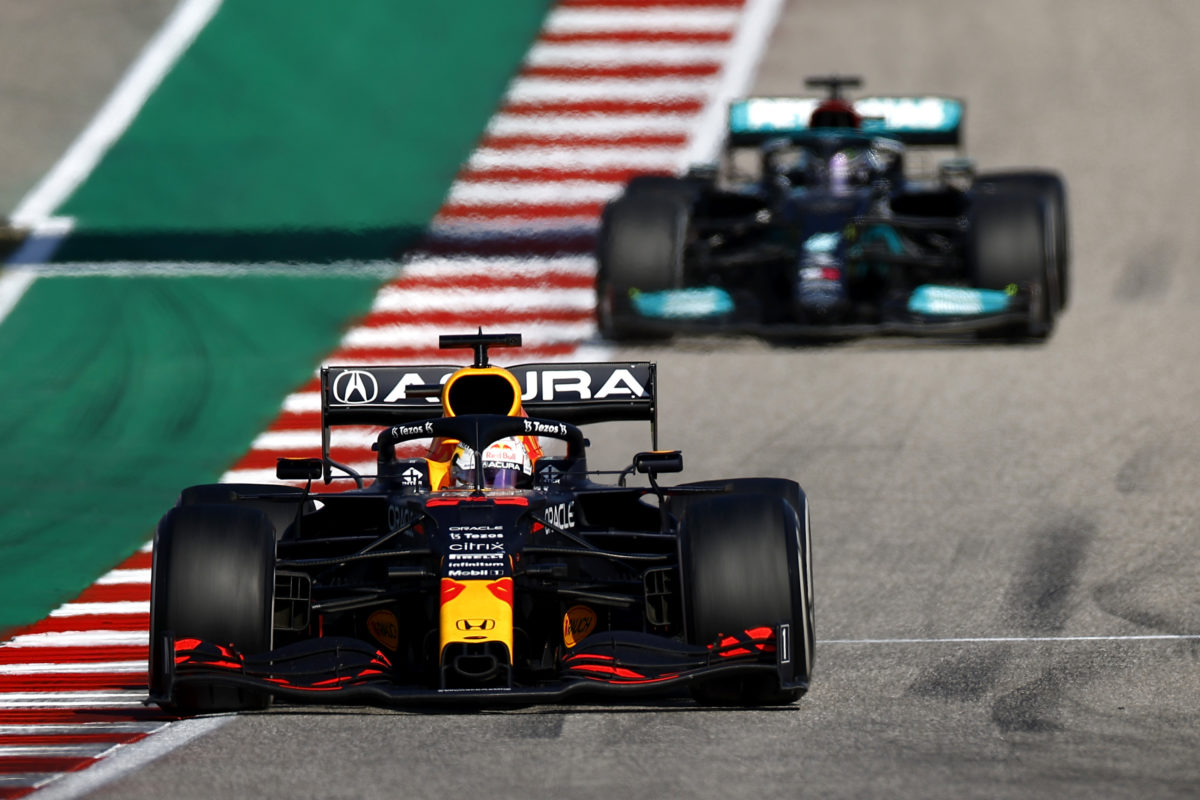 Verstappen is locked in battle with Lewis Hamilton for this year’s crown, the pair separated by 12 points after 17 races.

The Red Bull driver currently holds the upper hand, having overcome a 14-point early season deficit – and having held a 32-point advantage after the Austrian Grand Prix.

It marks the closest championship battle since 2016, and the first time in the hybrid-turbo era that Mercedes has been run so close to the wire.

For Verstappen, it’s his first championship bid, while Hamilton is pursuing his eighth crown.

Having driven alongside the Dutchman at Red Bull, Ricciardo believes the 24-year-old is capable of gaining the upper hand at year end.

“I think they’re both capable,” the Australian said of the two title protagonists.

“I mean, Lewis has proven it, but I think Max is capable.

“I think he’s got a pretty stable head on his shoulders now and he’s proven that with some of the drives he’s done this year.

“I’m kind of just in a point where I’m looking forward to seeing how it unfolds,” he added.

“Obviously, I’m not part of that battle, so just from a fan point of view, you want it to go to the end.

“They’ve been nip and tuck all year, so, it’s been good to watch. I do think Max is capable of it, so time will tell.”

Verstappen entered Formula 1 in 2015 and quickly established himself as one of its most exciting prospects.

He won as an 18-year-old on debut with Red Bull, having been promoted for the 2016 Spanish Grand Prix at the expense of Daniil Kvyat.

From 2016 until the end of 2018, he was partnered by Ricciardo, who noticed the change in the Dutchman during that time.

“I think there was there was that stage in Max’s young career where you know he had the speed but there was still a few, I don’t know, call it mistakes or a bit of over anxiousness or eagerness, but you know, quickly cleared that up.

“I think it was 2018 was really that year where he kind of learned from that and then the second half of his season was really strong,” he added.

“You could kind of see that just like click in maturity on track and the last few seasons has been pretty immense.

Five races remain this season, the next being the Mexico City Grand Prix on November 5-7, a circuit at which both Hamilton and Verstappen have previously won.