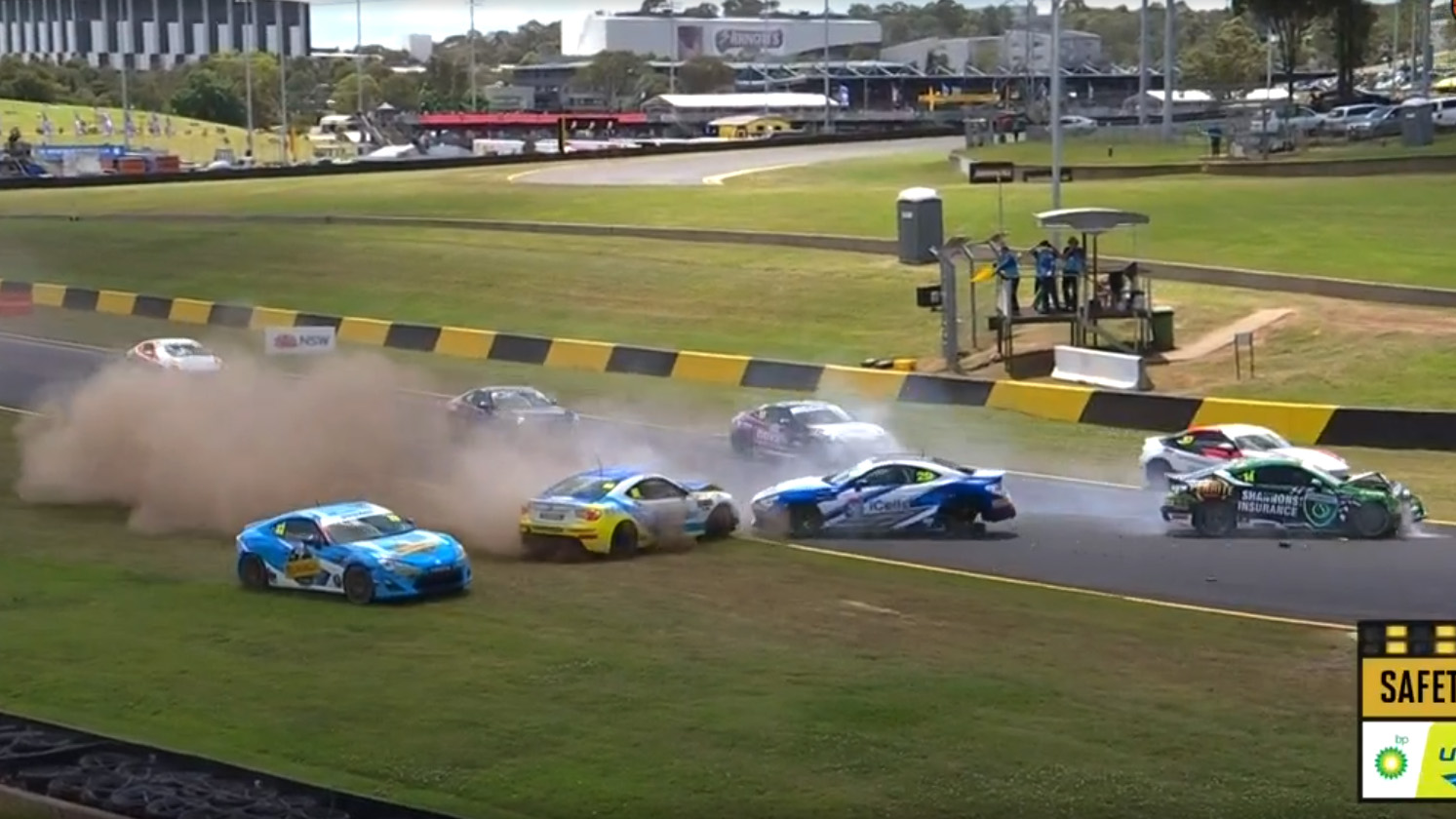 Mayhem unfolded on the second lap at the exit of Turn 1 as both Bailey Sweeny and Andrew Shah speared off the track.

While Sweeny was able to stay out of harm’s way on the grass on driver’s right, Shah’s #29 careered back onto the track and was collected by Benjamin D’Alia on approach to Turn 2.

That impact spun Shah around and into the path of an oncoming Clay Richards, the son of five-time Bathurst 1000 winner Steven.

Red flags were quickly deployed as the rest of the field trickled back into pit lane, and the race would not recommence.

After a slight delay, as medical crews promptly headed to the scene of the accident, all three drivers eventually emerged from their respective wreckages.

The third and final race of the weekend for the TGRA86 field will get underway at 15:25 local time/AEDT.