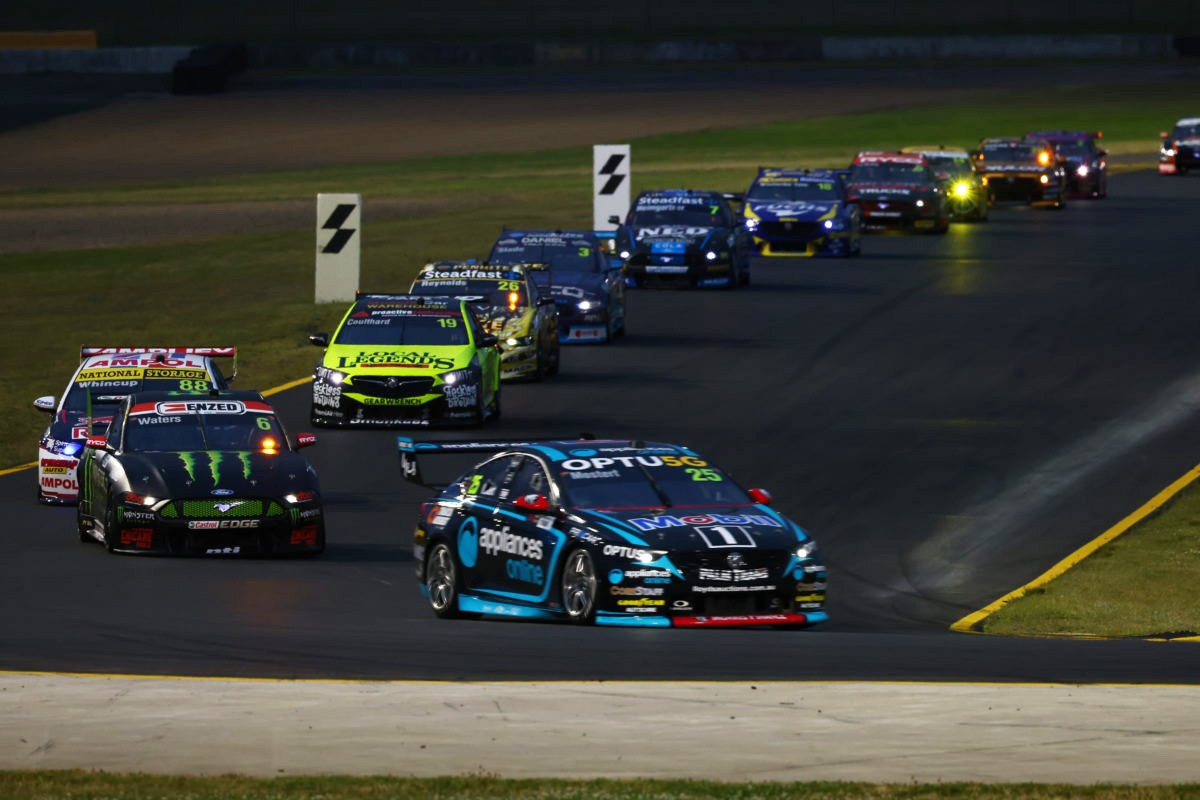 Chaz Mostert says he is willing to take an “aggressive” approach today after a difficult time so far at the Bunnings Trade Sydney SuperNight.

The Walkinshaw Andretti United driver finished sixth in Race 20 of the Repco Supercars Championship at Sydney Motorsport Park, having been ninth-fastest in the Top 10 Shootout which preceded it.

Mostert and his #25 ZB Commodore have been somewhat off-song so far this weekend, having been only 16th-fastest in Practice 1, sixth in Practice 2, and then ninth in provisional qualifying for Race 20.

Asked after Race 20 what is realistic today, he told Speedcafe.com, “I don’t know [but] I’d rather be aggressive and go worse and learn than not.

“The car doesn’t need a tickle, it needs a fair old chunk, but we’ll keep trying to find it, but who knows?

“I’ll push the guys tonight in the truck to try and have a real, red-hot crack at it, and we’ll see what we come up with.”

Mostert did, however, say he would have gladly taken sixth position in Race 20 had it been offered to him beforehand.

“I think, by far the best car we had [yesterday],” he said of the performance in that 32-lapper.

“Our race car makes more sense – we get a better balance in the race – but quali, we’ve still got some work to do.

“But even then, for the race, I think we overshot a bit with what we were trying to do, so if you asked me, would I pay for sixth in that first race after starting ninth and considering the car’s kind of been a bit temperamental for Friday and [Saturday], I would have paid for it, for sure.

“I’m pretty shocked with sixth. Car needs some work, but overall, I’m much happier that the car can race better than what it can qualify.”

The two-time race winner in 2021 so far had in fact run as high as fourth, just after the compulsory pit stop cycle had completed.

He was subsequently picked off by the two Erebus Motorsport entries, both of which took four fresh tyres instead of the far more common choice of working side only.

However, Mostert still gained one position to sit third in the championship after his nearest rivals in the standings, Will Davison and Cameron Waters, finished the race in seventh and 13th respectively.

He also paid tribute to the WAU crew for their work in the lane after such a long period without racing, which has ended with a rapid run of events culminating in a championship finale at the Repco Bathurst 1000.

“It’s always in the back of your mind but they’re the guys you’ve been versing all year so you always want to try and get one up on them,” responded Mostert on the suggestion of that championship battle being a consideration during Race 20.

“[But] It doesn’t matter who the car is; you want to try and beat them out there.

“Obviously, had a couple of Erebus cars on a couple of better tyres than what I did, so didn’t really have much fight for them. To be honest, I don’t even know where other people finished; whether they struggled or not.

“But we ran our own race, stuck to our guns, [and the] pit stops were great.

“The guys, after so many months off, to be so sharp – probably some of the best stops I’ve seen – is awesome.

“The guys are obviously sharp and this is when you want them to be sharp – obviously, not a lot of weeks to the big race – so we’ll keep working.”