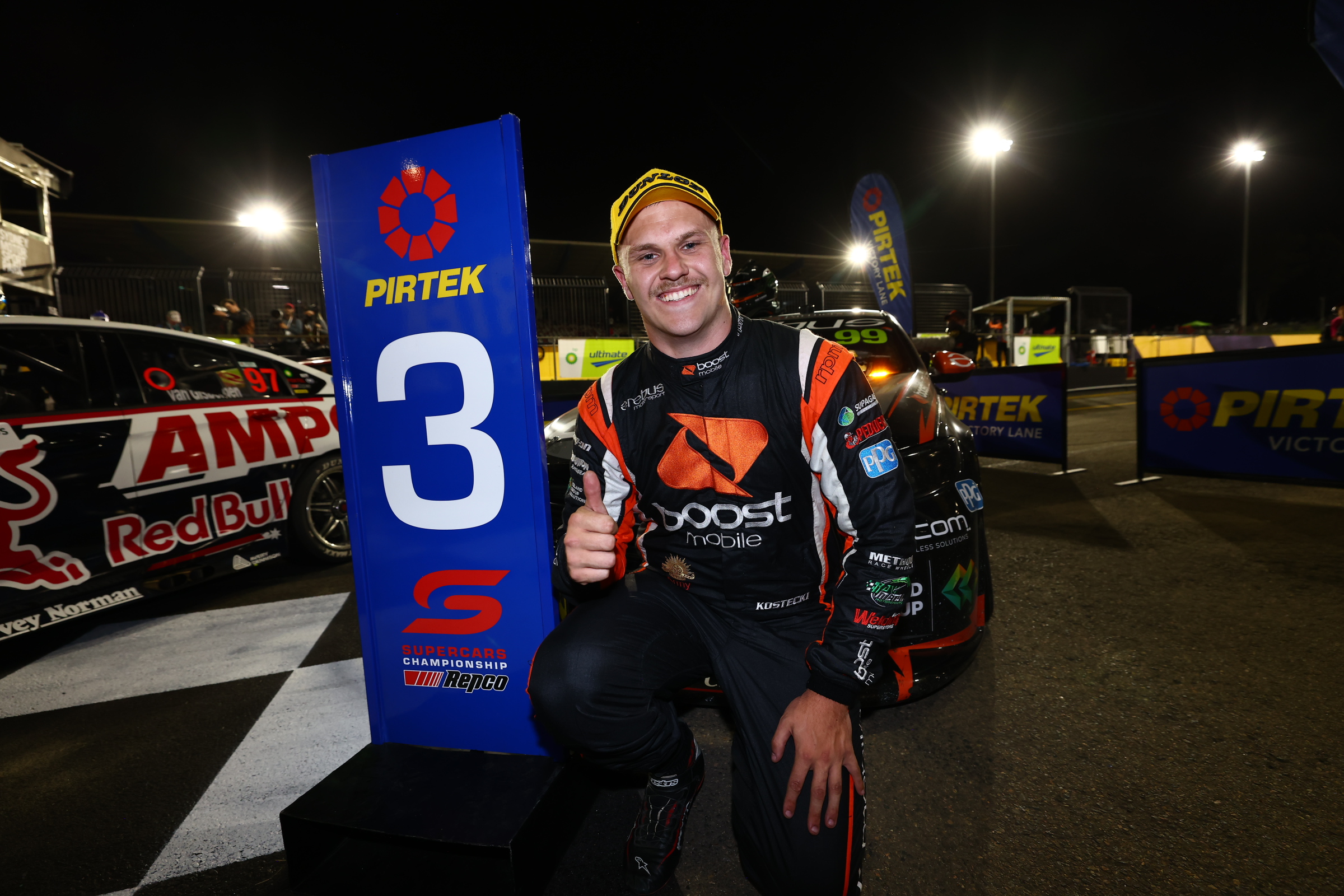 Brodie Kostecki has pinpointed the coronavirus-induced mid-season break as the reason for Erebus Motorsport’s significant stride forward in form.

Kostecki was a revelation at the start of the 2021 Repco Supercars Championship, claiming a podium in only his fifth start as a full-timer.

But before the Supercars season was plunged into a 103-day hiatus due to a re-emergence of the COVID-19 pandemic in Australia, Kostecki had only once more cracked the top five since that podium.

The #99 pilot also suffered from inconsistency, in some races finishing inside the top 10 while in others he was far from it on the same weekend.

Team-mate Will Brown also befell similar struggles in the #9, although he had threatened the podium with three top five finishes prior to the break.

Upon the resumption of the season at the Bunnings Trade Sydney SuperNight, Brown qualified a career-best second while Kostecki was fifth fastest in the Top 10 Shootout.

Brown would go on to suffer a pit stop problem, depriving him of an almost certain podium and a chance to challenge for his first Supercars win.

Kostecki, meanwhile, charged through to finish third in Race 20 of the season at Sydney Motorsport Park.

Although the pair opted to change four tyres in their respective pit stops while the lion’s share of the opposition took two tyres, Kostecki said the team’s qualifying form is reason to be upbeat.

“It’s actually been a really good start to Sydney and the team has used the break to good effect,” said Kostecki.

“We’ve been trying to work on a few issues that made our consistency throughout the year a bit up and down.

“This hasn’t been one of the best tracks for Erebus in the past. For both cars to be in the top five, I think we were the only team to do that which is pretty cool. To have Will qualify second and for me to jump on the podium – even though Will should be here – all in all, a great job by the team.”

In his post-race interview, the 23-year-old paid tribute to the Dandenong South-based crew.

“I think we had 10 solutions to some of our problems this year and it took the eighth or ninth one and about two months in to work out where we could be better,” Kostecki explained.

“We definitely used the break to good effect and everyone put in some good ideas, engineers to development items to just small bits on the car from the mechanics.

“It was definitely a joint effort.”

Kostecki and Brown will go into the final day of the opening event in Sydney down on available new tyres having both opted to change four tyres in Race 20.

Action gets underway at 10:30 local time/AEDT with back-to-back qualifying sessions for Race 21 and Race 22.