Hazelwood blames himself for clumsy clash

Hazelwood blames himself for clumsy clash 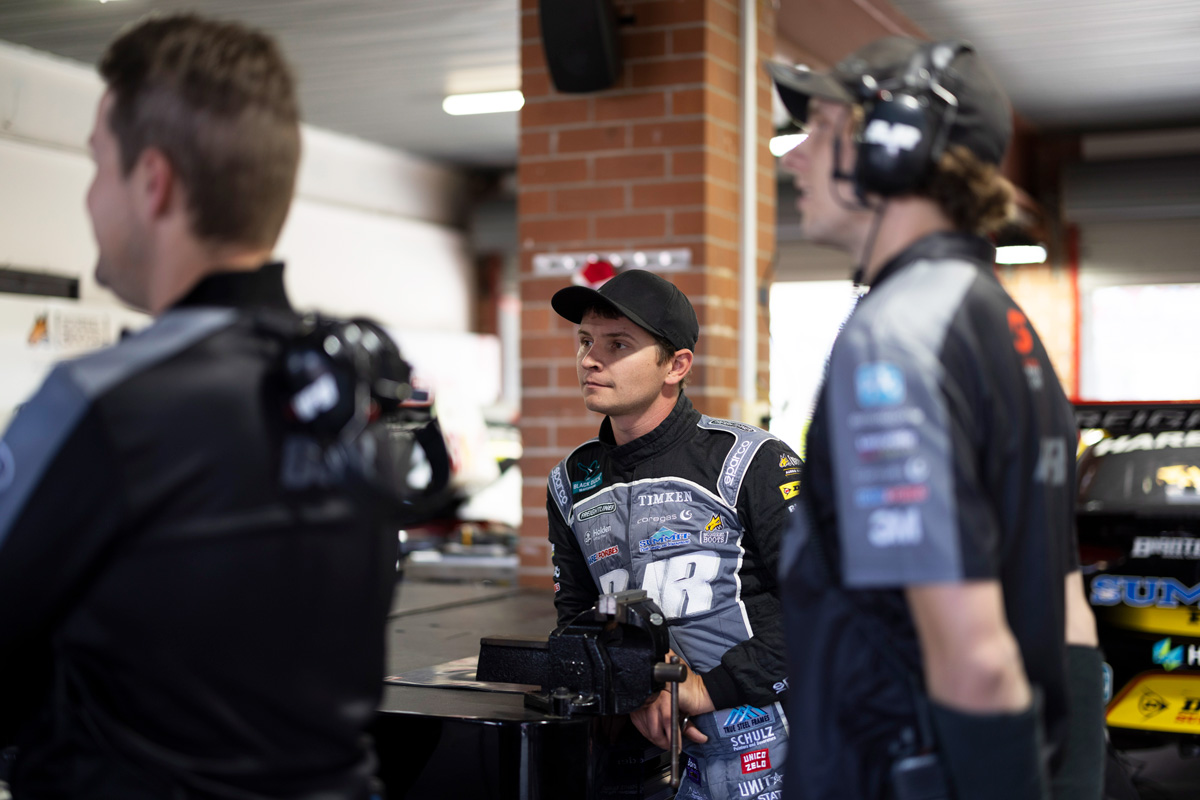 Todd Hazelwood has put his hand up for an opening lap incident in the Bunnings Trade Sydney SuperNight finale that put a dampener on his entire weekend.

After turning some shocking early season form around with a strong run through the Townsville double-header prior to the mid-season break, Hazelwood had set himself up for a solid first round back.

Having qualified reasonably for all three races at Sydney Motorsport Park, and finished 14th and 10th in the first two, he expected to be a podium contender in the Sunday afternoon encounter.

That was due to him starting eighth on the grid and with plenty of fresher tyres up his sleeve to attack all 32 laps.

However, a sluggish getaway was made all the worser when his #14 Brad Jones Racing Commodore climbed the Blanchard Racing Team Mustang of Tim Slade on entry to Turn 8.

Steering damage soon became evident, forcing Hazelwood to pit at the end of Lap 2 and making for a long run home to finish 23rd.

“We had a really fast car in that last one but made a doozy in that first lap, got some damage and had to pit,” Hazelwood said on Supercars Trackside.

“So, really frustrating because we had a car that’s probably capable of being on the podium.

“Everyone has got those stories up and down pit lane, but we just needed to do a better job today and a lot of it was on me unfortunately.”

Hazelwood is now 15th in the Repco Supercars Championship standings, although he’ll take promising signs of pace into another three weekends of racing at Eastern Creek.

The 26-year-old will reunite with Matt Stone Racing at the end of the year, with fellow Dunlop Super2 Series title winner Bryce Fullwood effectively taking his place for 2022.