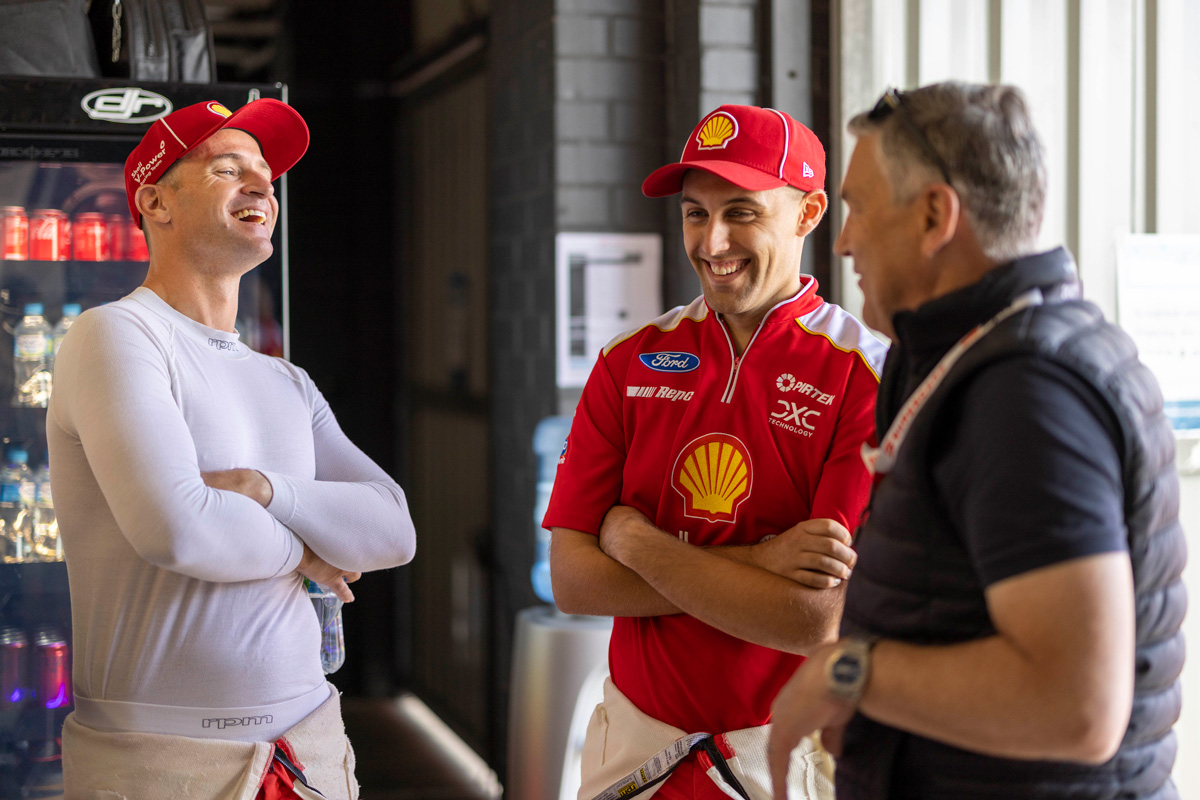 Anton De Pasquale has responded to increasingly frequent comparisons being made between himself and Scott McLaughlin after a dominant three days at Sydney Motorsport Park.

Albeit not donning the famous #17, De Pasquale is effectively McLaughlin’s successor at Dick Johnson Racing as the fast young hotshot, with Will Davison drafted in as the consistent, experienced head alongside him.

De Pasquale perhaps gave the best indication yet of his full potential this weekend, being the star performer in topping eight of the nine sessions (ie every practice, every qualifying/shootout, and two of three races).

Across the weekend broadcast he was on countless occasions mentioned in the same breath as three-time Supercars champion and now IndyCar Series driver McLaughlin – something he admits can only be a good thing.

“If it’s in the same sentence, I must be going half-okay.

“Obviously still a long way to go, I’ve still got a lot to learn myself.”

Among the impressive elements of his Sunday at SMP was rebounding from a woeful Race 21 start which cost him a probable podium, or maybe even a cleansweep, to nail his Race 22 getaway.

“The one yesterday was average, probably if I had someone else on the front row – like Will [Davison], he got an awesome start. If he started front row I probably would have lost that race and then today I threw that one away.

“Just changed my procedure a little bit; throttle up, a bit more clutch. It was a bit safer so the launch was quite average but then the secondary was awesome, so it was good enough to lead to the first corner, so all good.

Asked for his thoughts on when second-placed Will Brown had been reeling him in during the back half of the later race, De Pasquale appeared calm, having made a conscious effort to preserve his rubber to stave off any such challenges.

“Because I know Will, I have driven with Will. He likes to light up the rear tyres pretty hard, so I was expecting the gap to [plateau] but he just kept coming,” De Pasquale smiled.

“By that point I was like, ‘I’ll just let him get to me and then let the dirty air take care of him’. I knew by the time he got me it would be a steaming pile, his tyres would be a mess, so it was all good.”

It was not all smooth sailing for the #11 driver, who was disqualified from the earlier Sunday race due to a tyre mix-up.

All told, he remains sixth in the championship, still 219 points adrift of fifth-placed Cameron Waters.