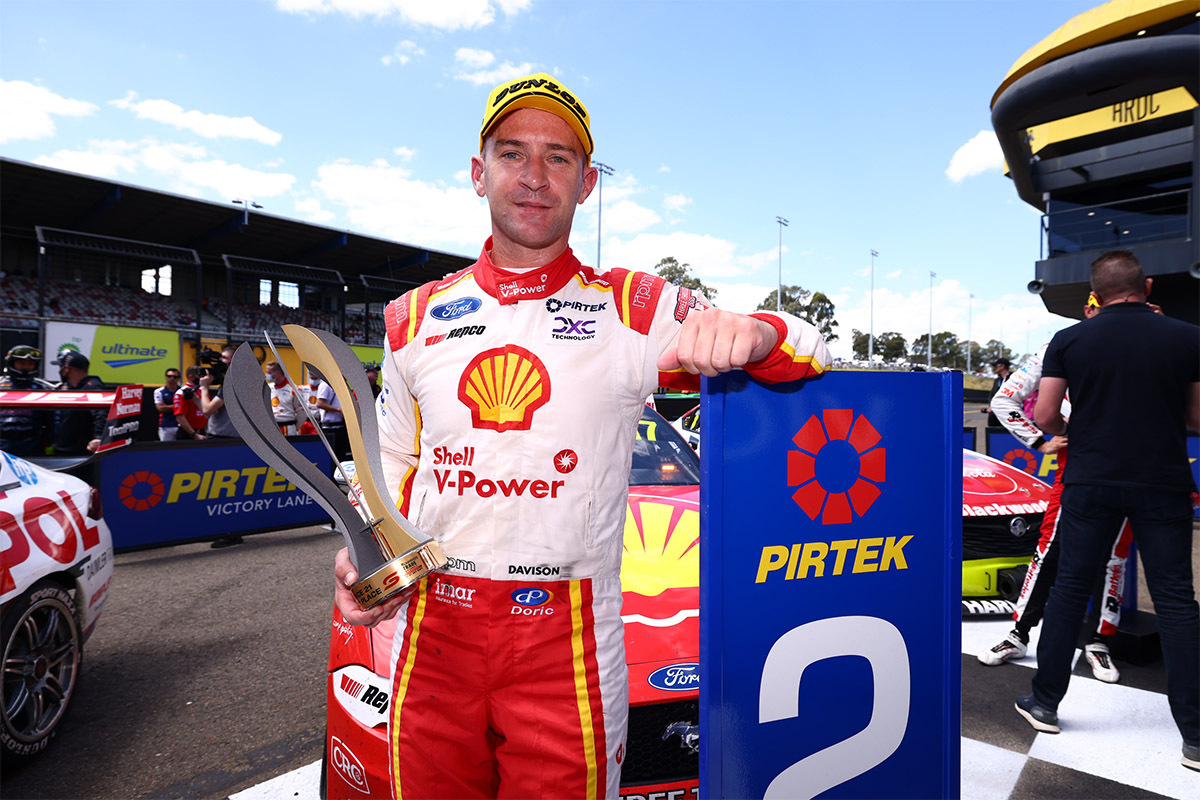 After team-mate Anton De Pasquale bogged down at the start of Race 21 at the Bunnings Trade Sydney SuperNight, Davison duly took the lead.

Just two laps into the race, the #17 Ford Mustang suffered an electrical issue, freezing his dash and inhibiting some functions.

Despite that, the two-time Bathurst 1000 winner edged out to a handy three-second lead over nearest rival Shane van Gisbergen of Red Bull Ampol Racing.

Davison and van Gisbergen would both head to the pits on Lap 15, the margin between them evaporating as they trundled down the lane.

Dick Johnson Racing opted to change four tyres and recycle the electrical system to bring it back to life while Triple Eight Race Engineering chose to change just three tyres.

In the end, that time difference was enough for van Gisbergen to usurp Davison in the pit stop sequence.

The 2020 Bathurst 1000 winner would go on to overtake early stopper De Pasquale, who made life easy for Davison who followed suit seconds later.

Despite Davison having one newer tyre than van Gisbergen, the 39-year-old couldn’t find a way through to re-take the lead, the Kiwi winning Race 21.

“We lost all dash and comms on Lap 2. I was driving blind but I was listening, I knew my shift points pretty well.

“Then, when I came in for the stop, no lights, no gear position and it sort of just had a blackout in the pit lane.

“I don’t know what gear I was in. I got neutral and then I sort of accelerated. I was just trundling down pit lane with no electrics at all. Mate, I can’t believe it.

“These things happen. To be in that position, after a few years for me to get a win… The last win I was going to get in 2019 at The Bend I had an airbox fire in the lane and the #17 got me and now I’m leading … and anyway. It’s all good. I won’t lie, I’m devastated.”

Despite the gremlins, Davison remained optimistic prior to the pit stop that he would be able to hold onto his lead.

“We made a few changes and I was so much more competitive than yesterday.

“We wanted the win, both cars, each race. I felt like that was mine. I thought we were going to be okay. I didn’t foresee the issues we’d have down the lane.”

The last time Davison drove with Dick Johnson Racing at Sydney Motorsport Park back in 2008 he claimed victory in the second of three races.

It’s the ninth podium finish for Davison this season, who lies third in the drivers’ championship.