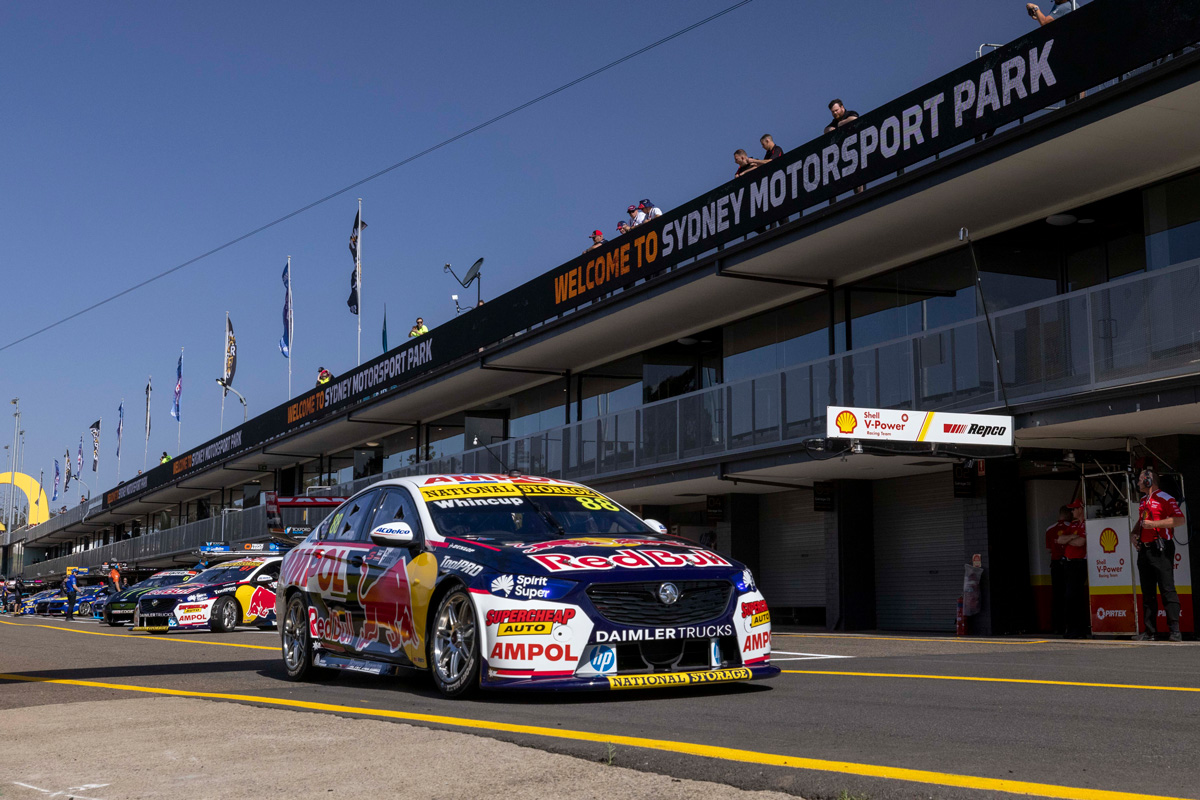 Red Bull Ampol Racing’s Jamie Whincup says he was lucky to make the Top 10 Shootout after struggling to tame an ill-handling Holden.

Whincup wound up eighth at the close of Qualifying for Race 20, more than eighth tenths adrift of provisional pole winner Anton De Pasquale of the Shell V-Power Racing Team.

Though, as his team-mate predicted at the close of play on Friday, a change in wind direction made life difficult come Saturday.

“I think we were pretty lucky in that one to get through because the car wasn’t flash – understeer, oversteer, all those sorts of things,” said Whincup.

“Finished the lap, it wasn’t pretty, and I said, ‘We’ll be lucky to get through here’.

“Thankful we’re P8, so we’re in. Massive difference, just with the wind. At a high-speed, wind dependent circuit like this, it makes a big difference.”

“I tried a few things then and nothing seemed to work, so we’ll tune it up.”

Fellow Supercars veteran Mark Winterbottom was left to lament his best effort of 16th in the session.

After having a headwind into Turn 1 on Friday, that switched to a tailwind effectively pushing drivers through the corner.

“One minute you’re almost flat into Turn 1 and the next it’s almost trying to drive you off the track,” said Winterbottom.

“In anything, it’s the same for everyone. You can’t just say you’re here because of the wind because there’s 15 other cars that got it right and we didn’t.

“It is what it is. It’s tough conditions. Tonight we turn the lights on and the track grip goes through the roof.

“It’s forever changing. That’s good and bad; good that we’re at one track with all these different conditions because it spices it up, but it’s an engineer and driver’s nightmare. It’s hard work.”