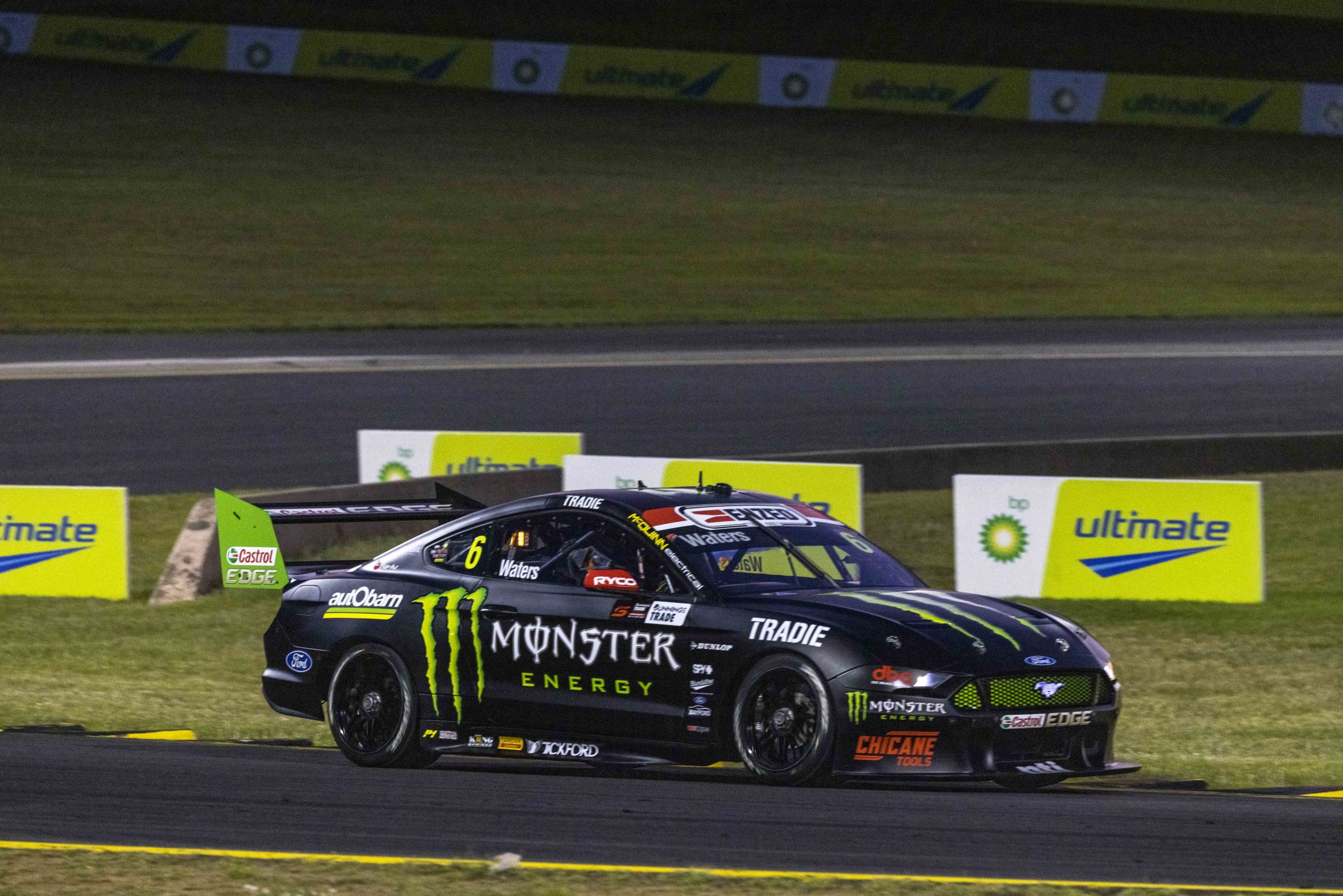 Race pace was a focus for Tickford when Cameron Waters was its best in 11th-fastest under the lights of Sydney Motorsport Park in practice.

The three Tickford Racing entries sat in the bottom four positions well into the half-hour second practice session at the Bunnings Trade Sydney SuperNight, although Waters, James Courtney, and Jack Le Brocq were all on opening runs of 12 to 13 laps long.

A SuperNight event is, of course, typically a mixture of afternoon and night-time running, and Practice 2 was the only session under lights this weekend at Sydney Motorsport Park aside from tonight’s Race 20 of the season.

It was also several degrees cooler than the earlier, afternoon hit-out which furthermore featured unusually high winds, with the mercury forecast to barely break into the twenties today, and then 24 degrees Celsius on Sunday.

“The focus for us on that session was the race [on Saturday] night; obviously, this is when we’re racing,” Tickford team principal Tim Edwards told Speedcafe.com.

“We did throw a green set on just at the end but, to be honest, the car was more of a race car than a qualifying car.

“But even so, we’re not comfortable with where our one-lap pace was, so a little bit of homework to do.

“That session then [Practice 2] was probably the most relevant, but certainly the session we had in the afternoon was windy and really hot; you probably can’t take too much out of that for the rest of the weekend,” he added.

“But certainly, [Practice 2] is valuable information and that’s why we’ve primarily focused on race set-ups for the cars.”

High tyre degradation was a major talking point after Practice 1, although that was when the ambient temperature was into the thirties.

However, Sydney Motorsport Park is hard on tyres anyway, making for a more difficult than usual juggle given the sprint format means drivers each have only five sets of tyres to get through the rest of the weekend.

“The ambient’s not meant to be as high on Sunday so it probably won’t be as big an impact,” predicted Edwards of the degradation.

“But, tracks age; every 12 months you go back to a track and it’s slower than it was the year before. That’s just what happens with tarmac, but it’ll actually make for an interesting race because we know high degradation means we generally put on a good show.

Qualifying for Race 20 takes place at 15:35 local time/AEDT, with the starting grid to be finalised by a Top 10 Shootout later in the afternoon.