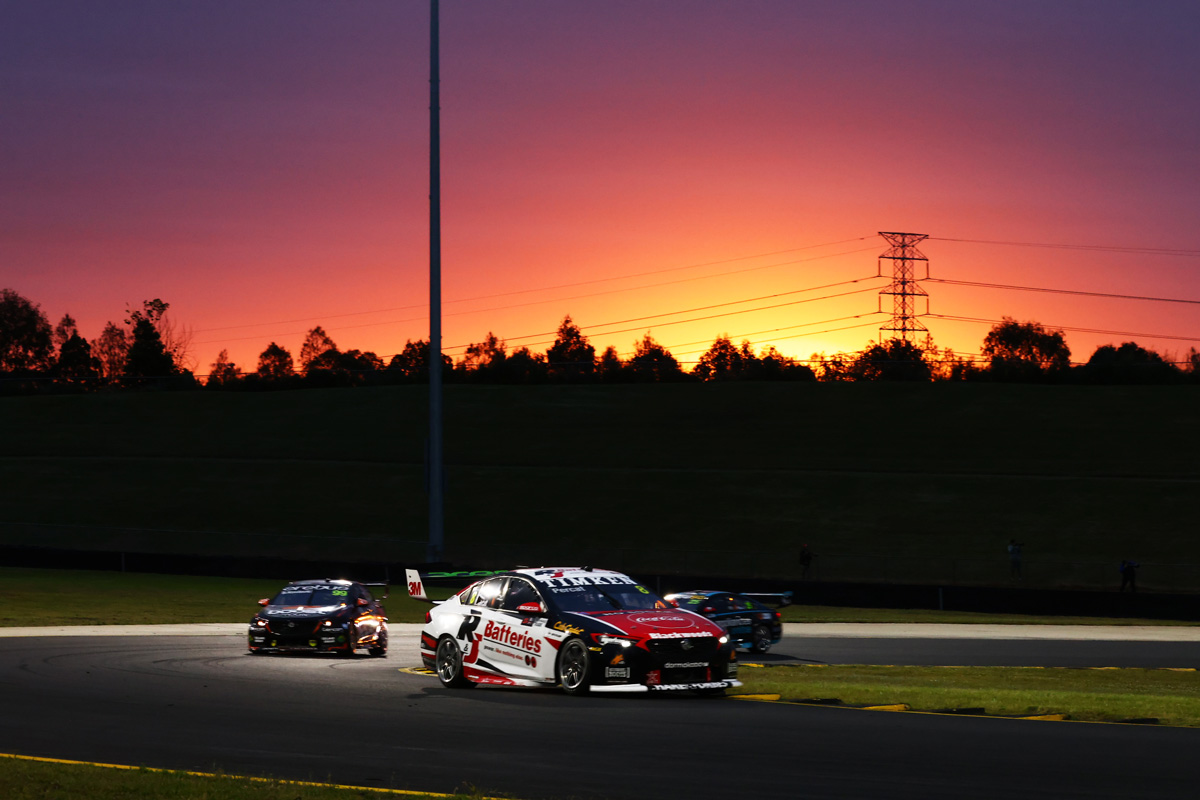 Nick Percat has revealed he and Brad Jones Racing decided to keep their powder dry tonight in favour of being better equipped to fight for more top results tomorrow.

Percat was strong all Saturday at the Bunnings Trade Sydney SuperNight, qualifying for the Top 10 Shootout where he jagged a second-row start for Race 20 of the Repco Supercars Championship.

The R&J Batteries-backed driver became a factor in the podium conversation thanks to an early Lap 11 pit stop which helped him undercut his way to second in the pecking order, only behind eventual race winner Anton De Pasquale.

That soon became third when Shane van Gisbergen breezed by on fresher rubber, Percat putting up more of a fight later in the piece against Brodie Kostecki whose Erebus Motorsport crew had changed all four tyres during a Lap 17 stop.

After a prolonged battle, Kostecki found a way past at Turn 6 on the penultimate lap to snatch a podium, with Percat at least managing to protect fourth from fellow Erebus driver Will Brown.

“I tried to save as much tyre as I could,” explained Percat.

“I didn’t bother with Shane because he was too close to me when he came out of the pits.

“I tried to just have the perfect deg for when [Kostecki] got to me because I knew obviously with four [changed] tyres, the two Erebus cars, and from then on I actually noticed a lap earlier he didn’t actually have the best traction so I thought ‘you know what, if I can just stop it, square it up and keep getting really good drive I might have half a chance here’.

“Honestly, to get it that far with him was really cool but credit to him, he drove really well, smart, a little bit of rubbing but like clean.

“I was hanging off the rollbars all the way around the lap trying to get the balance to rectify him just to try to bring home another trophy for Brad [Jones, team owner] but we’ll try again tomorrow,” he added.

Percat noted his #8 garage opted not to go all-in for a Race 20 podium, instead keeping tyres up their sleeve for tomorrow’s two daylight races when degradation is tipped to be far higher.

“The reason we didn’t put our four tyres on – we could have come home with a trophy comfortably then but tomorrow it’s higher UV, well actually the sun will be out so there will be some UV, and more tyre deg,” said the 33-year-old.

“So for us, it was have your best tyres at the ready for when the sun is out .”