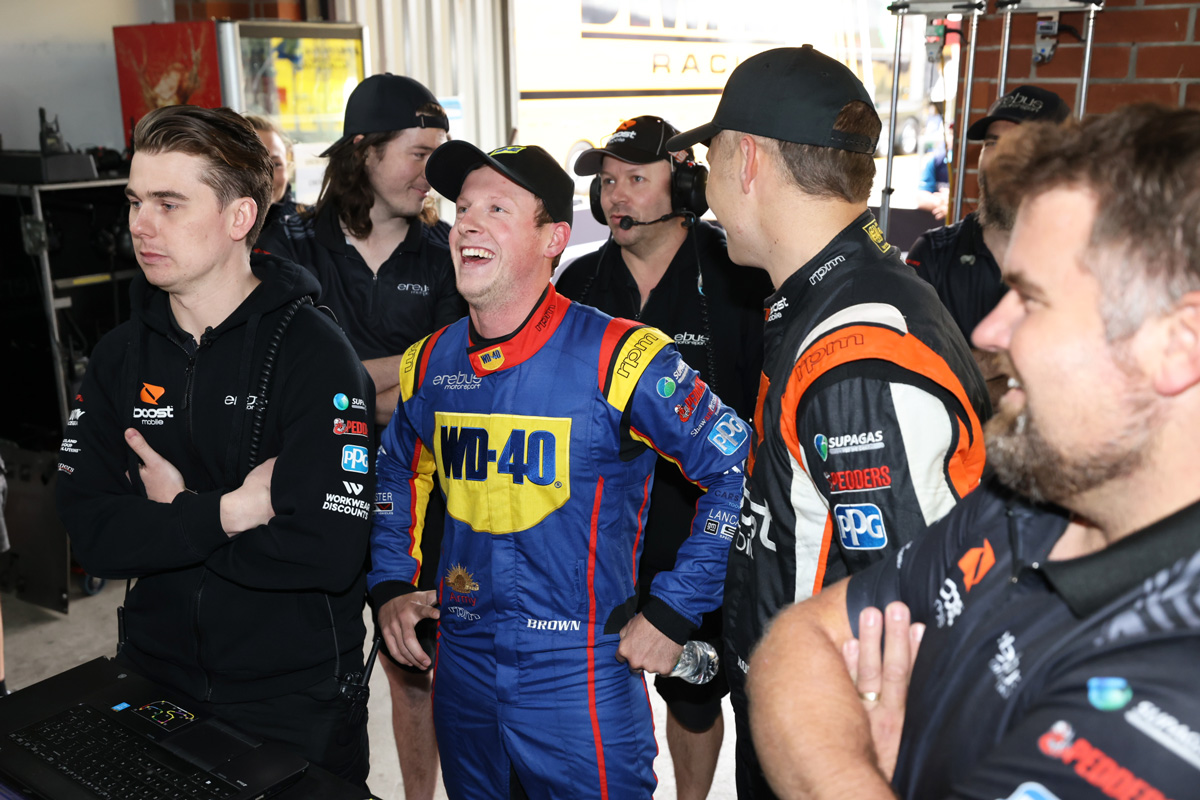 Repco Supercars Championship rookie Will Brown says he won’t hold back when he starts from the front row of the grid in Race 20 at the Bunnings Trade Sydney SuperNight.

The Erebus Motorsport pilot was a standout performer in the Top 10 Shootout, qualifying second only to Shell V-Power Racing Team driver Anton De Pasquale who soared to his fifth career pole.

It marked a step forward for the 23-year-old who initially qualified fifth to make it into the shootout.

Despite missing out on pole position, Brown said he was content with his performance.

“I was pretty pumped to be watching Anton there but I got my arse handed to me by him then, five tenths, but it’s pretty cool to be starting on the front row.

“That’s amazing, to be back after so many months off and the boys and girls worked so hard to get it ready and be there, just pumped for it.

“We’ll be having a big crack,” he added.

“I’m out there to try and win a race here, so I won’t be leaving anything on the table and we’ll see how we go.”

Brown said he’s eager to line up alongside De Pasquale having twice raced with the ex-Erebus Motorsport driver in the Bathurst 1000 (2018 and 2019).

“It’s pretty cool, to have driven with Anton for two years at Bathurst and be starting next to him is pretty surreal, so looking forward to it,” said Brown.

Brown wasn’t the only Erebus Motorsport driver making their mark.

Brodie Kostecki ended the session in fifth, up from his seventh place effort to get him into the shootout.

For a time, Brown and Kostecki were one and two in the shootout before the order eventually shuffled.

“Swill [Brown] did a great job to just pip me there at the end,” said Kostecki.

“Really good turnaround from P1 [Practice 1]. We’re slowly just working on them so hopefully we can try to close the gap down to those [Shell V-Power Racing Team] cars up front.

“First night time race in a while so it’s going to be action-packed.”

Race 20 of the Repco Supercars Championship at the Bunnings Trade Sydney SuperNight gets underway at 19:10 local time/AEDT.