De Pasquale on provisional pole for Race 20 at SMP

De Pasquale on provisional pole for Race 20 at SMP 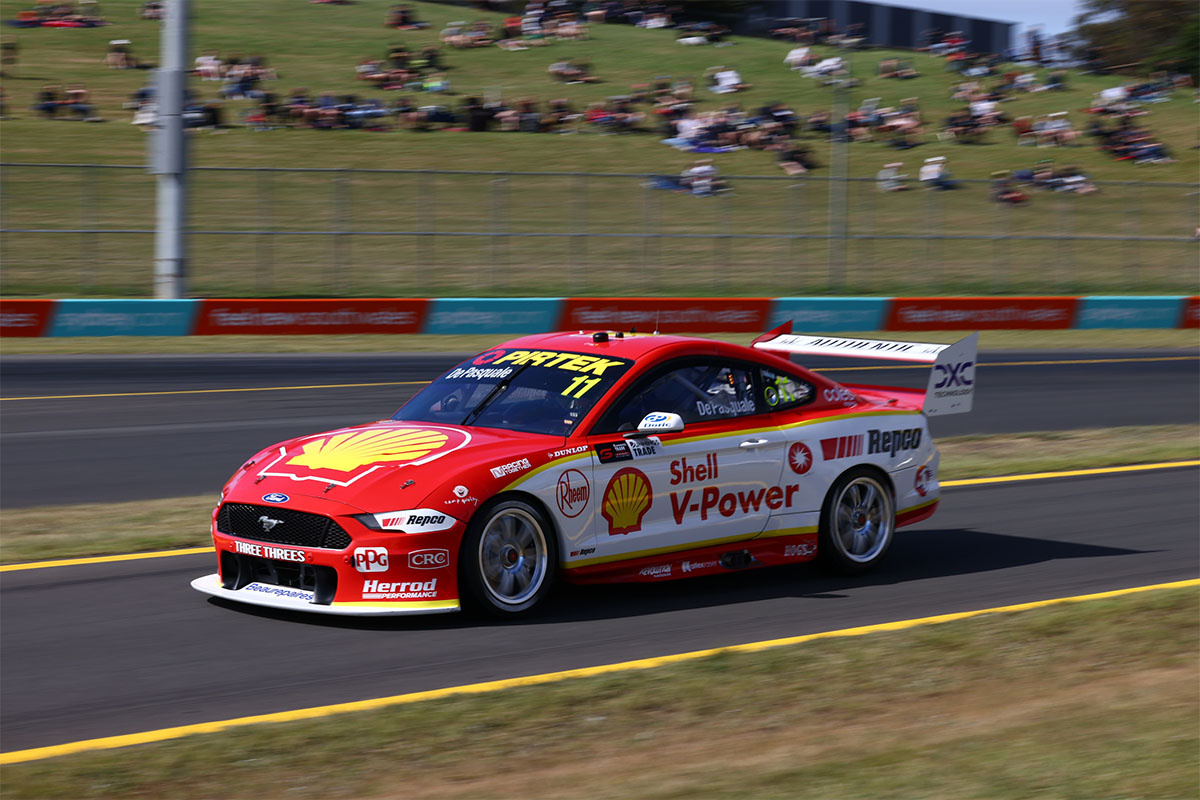 Ahead of a Top 10 Shootout later this afternoon at the Bunnings Trade Sydney SuperNight, it is De Pasquale fastest for the third session in a row and Will Davison next-best in the Shell V-Power Mustangs after 15 minutes of qualifying.

Championship leader Shane van Gisbergen will be third-last out in the one-lap dash, while his Red Bull Ampol Racing team-mate Jamie Whincup is a provisional eighth on the grid.

It was much cooler Western Sydney weather which the field encountered relative to the afternoon prior, with a tailwind into Moffat Corner (Turn 1) rather than an 80km/h headwind.

De Pasquale had set the pace in both Friday practice hit-outs and went even faster again in bowling out a 1:28.7149s on his first flying lap of Qualifying for Race 20 in the #11 Mustang.

Despite reports of the mercury rising somewhat for the second runs, the lap times continued to get quicker.

That meant 0.1427s separated the DJR entries, and it was about that margin again back to van Gisbergen when he broke the beam at a time of 1:28.8570s.

“[We were] pushing pretty hard. It’s good to see Will back up after a hard day yesterday.

“Now I have got to do a Shootout lap and see if we can do another one, but so far so good.”

“I mean, we can never not make a change, you know?” he remarked.

“That’s just sort of the nature of the beast but yeah, very small stuff.

“The car is in a nice window so just fine-tuning it with the weather and the track and stuff like that.

“It’s probably the best we’ve rolled out a car all year out of the truck so just using that, tune it up, tune it up and then have a go in the Shootout and then more importantly the race tonight.”

Tickford Racing’s Cameron Waters put the #6 Monster Energy Mustang into position six with a 1:29.3337s, and Brodie Kostecki made it both Erebus cars in the Shootout by driving the #99 Boost Mobile ZB Commodore to a 1:29.4126s.

Tim Slade (#3 Dayco Mustang) will be first on-track for the one-lap dash having clocked a 1:29.4871s, using three sets of tyres in the qualifying session.

Behind them on Row 7 will be Todd Hazelwood (#14 Dunlop Super Dealer ZB Commodore) and Fabian Coulthard (#19 Local Legends ZB Commodore).