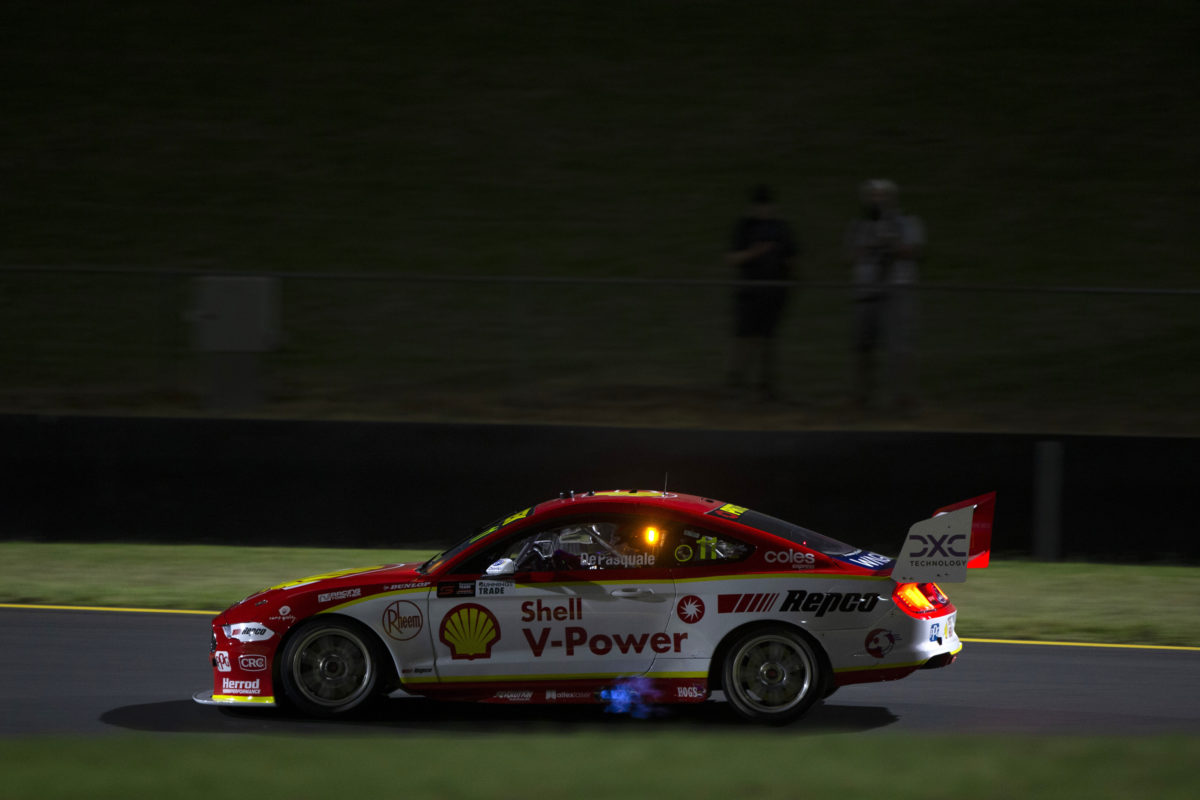 Anton De Pasquale is hopeful of finding even more pace after going fastest in both practice sessions for Supercars’ Bunnings Trade Sydney SuperNight.

The Shell V-Power Racing Team driver topped Practice 1 with a 1:30.2816s on a hot, windy afternoon at Sydney Motorsport Park, and was quickest under lights in Practice 2 with a 1:28.8064s.

While he was multiple tenths up on the field at the end of both sessions, De Pasquale thinks he can go even quicker.

“[In the] arvo, you’re pushing hard but you’re sliding all over the joint so you’re not pushing that hard, and then under lights, it all gripped up a bit,” he recounted.

“We’re still a little bit off what we were last year, so I expect [today] might be a bit quicker again – maybe; we’re not sure – but it’s just good having fun, attacking, we happen to have a fast car, so that’s a bonus.”

The mercury is forecast to be much lower today, with southeasterly winds from the late morning, as compared to the strong westerlies which made for a big headwind into Moffat Corner (Turn 1) a day earlier.

On how his practice pace might translate, De Pasquale said, “not really too sure. Your strengths are going to become your weaknesses and things like that and we don’t really know.

“You can only guess, you can make changes, booknote what it does, and the guys in the teams are quite smart and they know what they need to do, and we’ll just keep wheeling the thing as fast as we can.

“But it’s hard, because it’s going to be a lot cooler, so the grip’s probably going to come up, the wind’s going to change – who knows what that does? –and then we into night racing, so we’ll find out.

“But yeah, you could see some dudes running off at Turn 1 pretty easily coming in there with a bit more speed and a little bit less turn; we’ll find out.”

Team-mate Will Davison was only 22nd in Practice 2, due to a steering issue in the #17 Ford Mustang.

Qualifying for Race 20 starts at 15:35 local time/AEDT, followed by a Top 10 Shootout later in the afternoon.