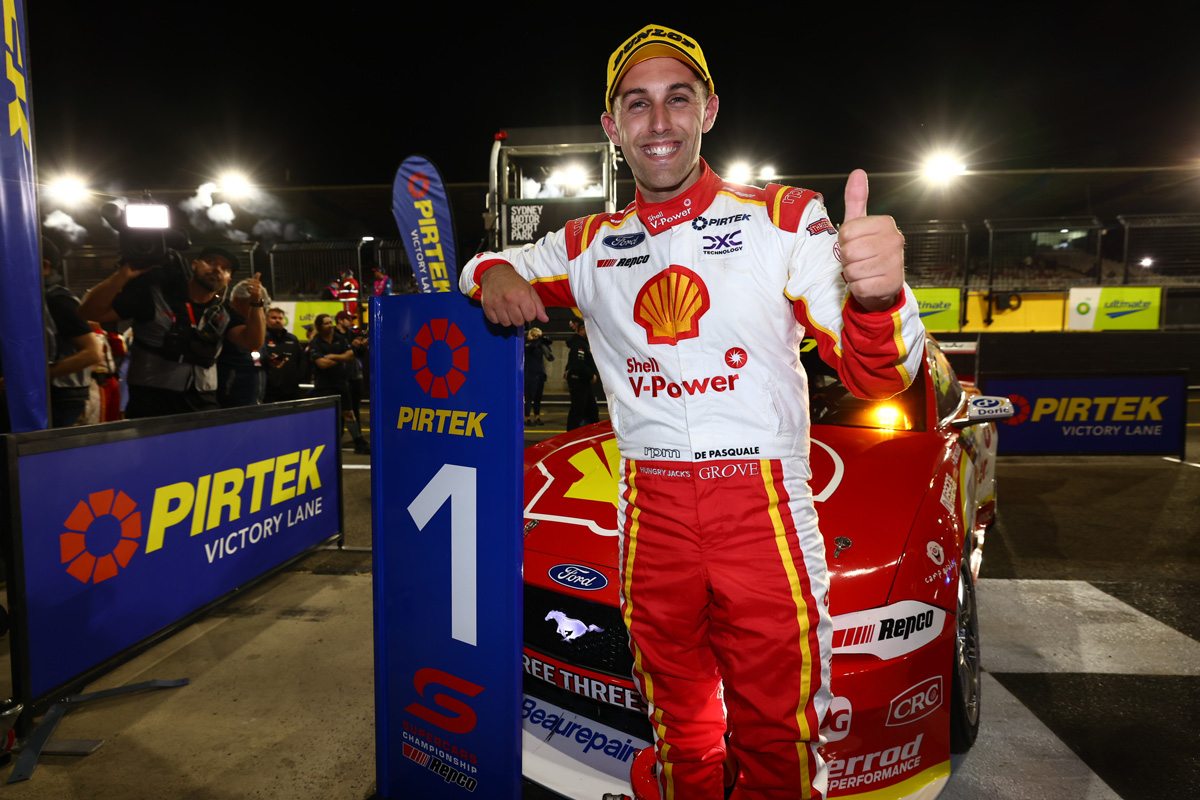 Anton De Pasquale has continued his dominance of the Bunnings Trade Sydney SuperNight by winning Race 20 under lights at Sydney Motorsport Park.

The Shell V-Power Racing Team driver was briefly challenged by fellow front-row starter Will Brown but would go on to effectively lead all 32 laps and take his second win of the season.

Repco Supercars Championship leader Shane van Gisbergen got home five seconds in arrears in second position, extending his margin at the top of the table to 312 points, with Brodie Kostecki rounding out the podium in the other Erebus Motorsport entry.

Brad Jones Racing’s Nick Percat brought the #8 R&J Batteries ZB Commodore to the chequered flag in fourth, with Brown salvaging fifth after a slow pit stop, and also collecting the five points for the fastest lap.

De Pasquale (#11 Mustang) and Brown (#9 WD-40 ZB Commodore) made an even start from the top of the grid and ran side-by-side all the way to Bond Bend (Turn 2), where the former took the lead courtesy of the inside line.

Fellow Shell V-Power Racing Team driver Will Davison had made a better launch than the aforementioned two but found himself with nowhere to go, and then ended up compromised for real estate in an even more dramatic way exiting Turn 3.

Davison found himself in a squeeze with Brown which saw the #17 Mustang bouncing through the dirt as they crossed the tunnel, allowing van Gisbergen to go past and take up third spot in the #97 Red Bull Ampol ZB Commodore.

Brown ran with De Pasquale initially, and stayed just inside a second behind the #11 Mustang for much of the first dozen laps, before van Gisbergen started to become a threat from behind.

The championship leader got a run on the #9 ZB Commodore as they entered Brabham Straight at the end of Lap 14 and drove on by, at which time De Pasquale was just over 2.0s up the road.

Meanwhile, both Percat and Brodie Kostecki got by Davison on Lap 4, to be sitting fourth and fifth, respectively.

Chaz Mostert (#25 Mobil 1 Appliances Online ZB Commodore) soon came to be pressuring Davison, while Percat was the first of the front-runners to pit when he peeled off for a fresh set of right-hand side tyres on Lap 11.

Davison was in on Lap 12, before De Pasquale and Brown took service on Lap 15.

Dick Johnson Racing had continued the pattern of changing the working side tyres, for both Davison and De Pasquale, but when Erebus opted for all four for Brown, an issue with the right-rear nut cost him several seconds.

Brodie Kostecki had a cleaner service when Erebus also changed all four hoops on #99, before van Gisbergen finally pitted from the official race lead on Lap 19.

The Triple Eight driver rejoined third of those who had pitted, behind De Pasquale and Percat, but had newer working side rubber with which to go after the latter.

He got a run on Percat as they exited the final corner on Lap 22 and made the overtake as they ran down the main straight and towards Moffat Corner, at which time De Pasquale was four seconds clear.

Van Gisbergen chipped a few tenths from that gap, but that was not sustained, and #97 may have even been playing somewhat conservative given the discovery of damage on the right-rear tyre which had come off his car.

It was 4.4s separating De Pasquale and van Gisbergen with one lap to go and 5.2s at the chequered flag. 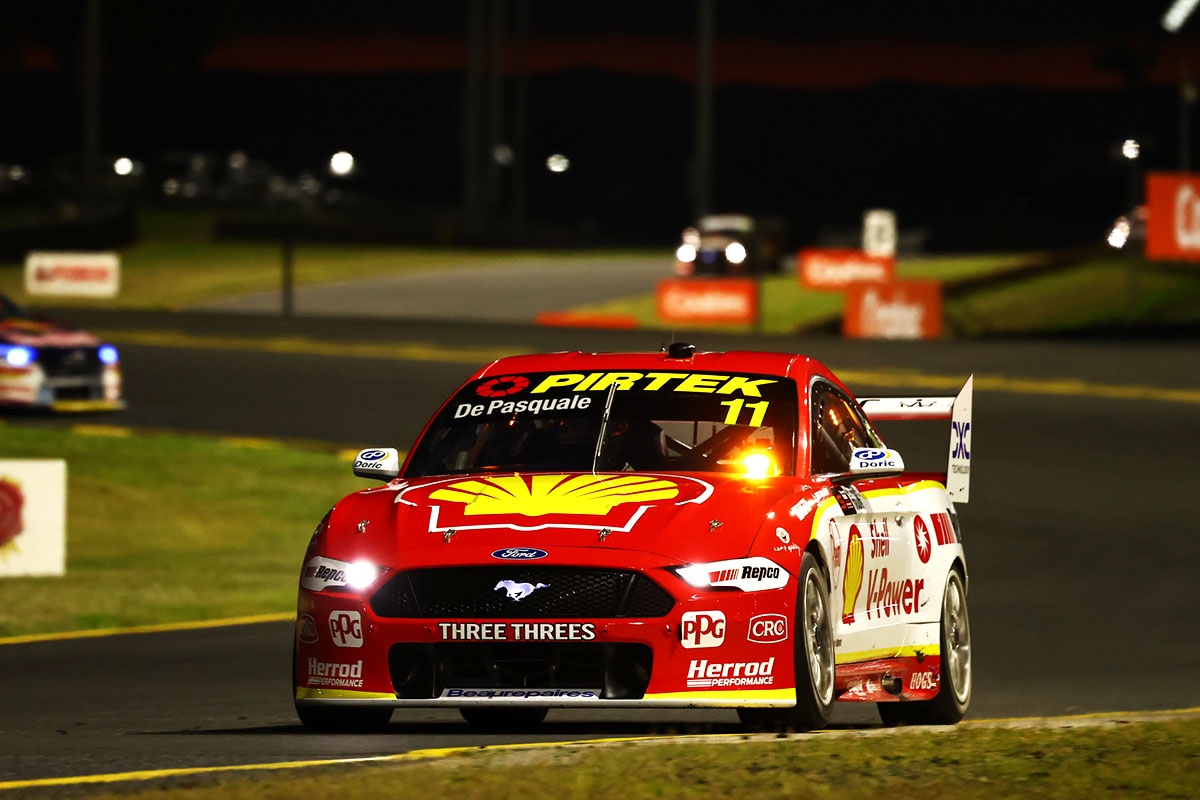 Naturally enough, Brodie Kostecki and Brown both finished with a head of steam due to their tyre advantage.

Brodie Kostecki spent a number of laps pressuring Percat before getting past at Turn 6 on the penultimate lap.

Brown had by then long cleared Mostert but could not find a way past the #8 ZB Commodore and had to settle for fifth.

Sixth through eighth at the end were Mostert, Davison, and David Reynolds (#26 Penrite Oil Mustang), while Jamie Whincup (#88 Red Bull Ampol ZB Commodore) had a low-key run to ninth and Tim Slade (#3 Dayco Mustang) got back into the top 10 by the chequered flag after losing ground in the opening stages.

The latter was the first Tickford Racing driver home, and has dropped to fifth in the championship, behind Mostert and Davison.

Sunday action begins with a pair of 10-minute qualifying sessions which set the grids for Races 21 and 22 from 10:30 local time/AEDT.