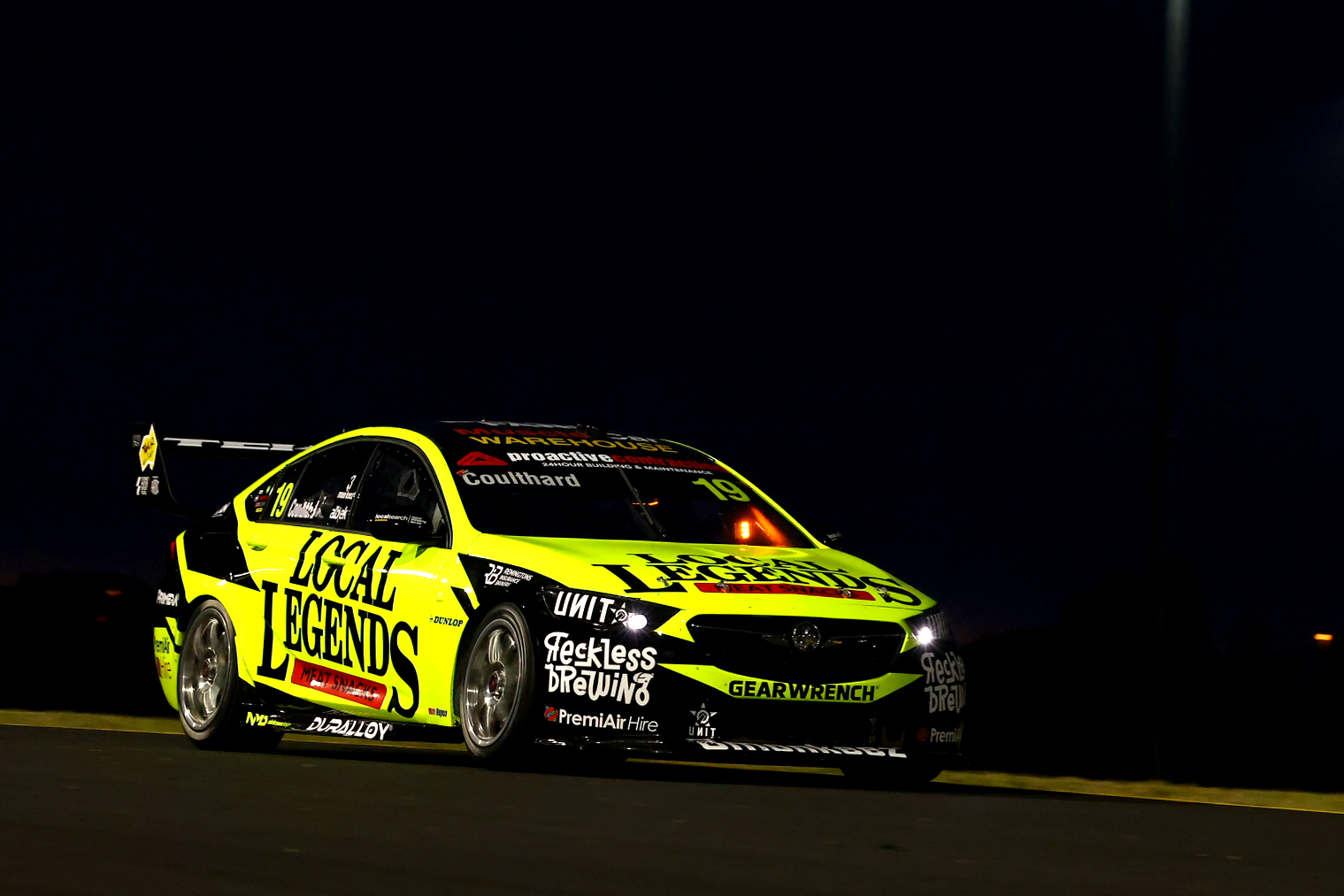 Race 20 at the Bunnings Trade Sydney SuperNight marked the first home race for the Sydney Motorsport Park-based squad in over a year.

Upon returning to the team’s home base, Coulthard qualified 14th before going on to claim 11th in the 32-lapper.

Prior to the first Sydney event, Coulthard’s best finish this season was 13th in the Darwin Triple Crown at Hidden Valley Raceway.

“It wasn’t too bad for us, we got a good start and then we sort of just got in a position,” said Coulthard of the race.

“It was all good. The race was pretty boring for me. We were sort of in no man’s land, but the tyre responded well to the changes.

“I’ve got a little bit of work to do with some tyre life and things like that, it’s going in the right direction.”

Team Sydney has had its fair share of troubles in 2021 retaining staff. Coulthard confirmed a new crew has been assembled for this weekend.

Asked whether a top 10 was on the radar, Coulthard said it is “the plan” but dependent on stability in the team.

“That’s really the target for our team,” said Coulthard.

“We’re not striving too far ahead yet. We’ve got to get the ground rules and basics right.

“We’ve got a completely new crew for this round. Everyone is learning each other. I’m really looking forward to tomorrow.

“New crew, we have to do practice and things like that. It’s like anything, the longer you have continuity and you can gel and create a good team, that’s when we’ll see the big results.”

Supercars is back on track tomorrow at 10:30 local time/AEDT for back-to-back qualifying sessions to determine the grid for Race 21 and Race 22.