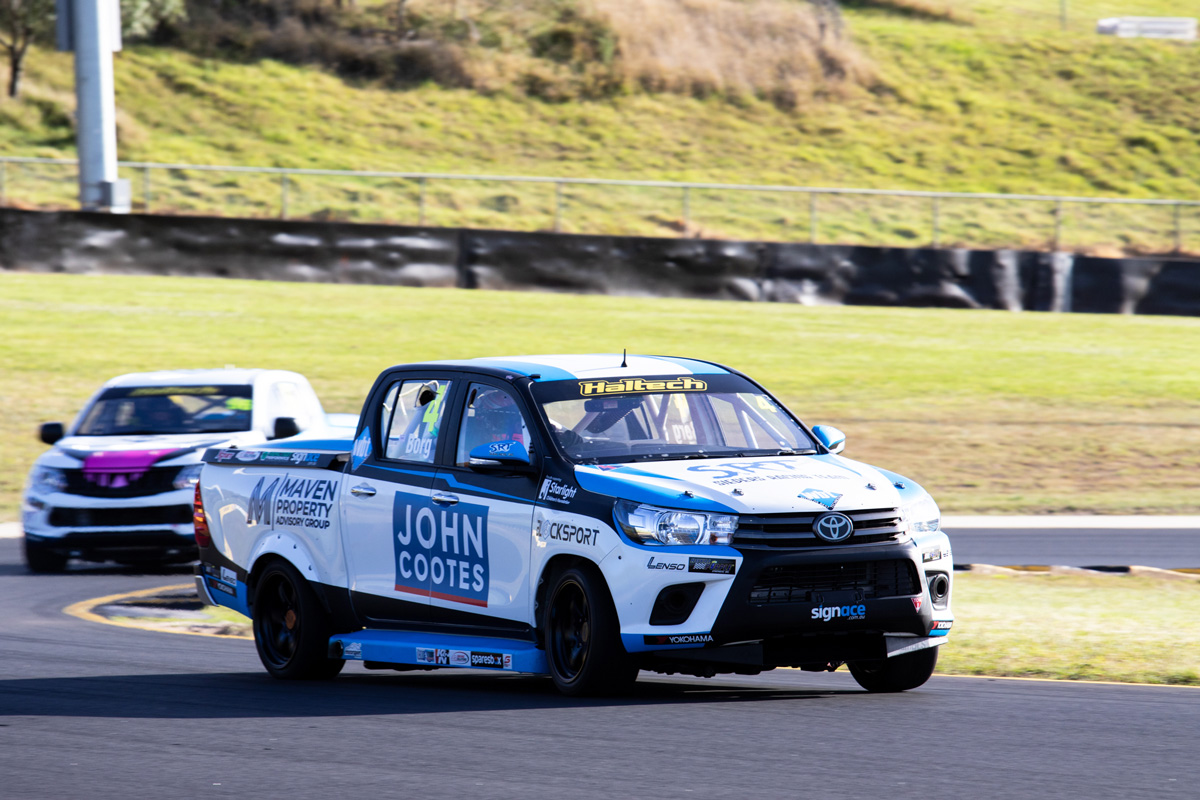 The #4 Toyota Hilux finished six tenths clear of the field in a session which saw times dramatically quicker than yesterday.

Borg was one of the three drivers to dip into the 1:45 bracket and credited making the most of his rubber while it was at its best.

“We got a lap time early, which is the thing you need to do in these with the tyres falling away so quickly,” he said.

“It’s good to show what the SuperUtes can do – they’re quick and they’re good fun.

“The time gain from yesterday was a combination of fresh tyres and improved track conditions.

“Similar to Supercars, we need to manage the tyres so it will be interesting to see who conserves their tyres the best in the races.”

Borg will be joined on the front row by Cameron Crick, who was marginally ahead of fellow Mitsubishi runner David Sieders.

Matt McLean recovered from mechanical gremlins yesterday and an early Turn 1 off today to qualify fourth, with Jaiden Maggs and Craig Woods to share the third row.

Harris wound up just seventh after multiple run-ins, including appearing to be blocked at one point by Craig Jenner.

Among others to have a moment was Gerard Maggs, who spun in the dying stages, albeit still doing enough to qualify eighth.

The first of three V8 SuperUtes races this weekend will take place from 17:35 local time/AEDT.