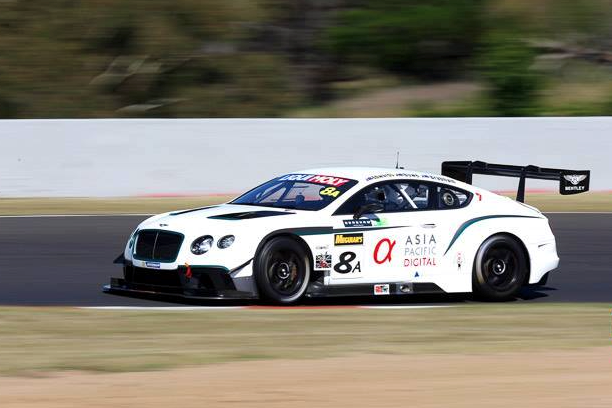 Bentley could be represented on the Australian GT grid again as soon as the season finale in a month from now.

It is the car which has been driven by John Bowe, David Brabham and now former owner Peter Edwards, but has not turned a wheel in anger for some time.

“The Bentley is something I’ve always loved, as soon as I saw it at Bathurst it sounded like a bloody Merlin engine was going past,” said Bailey.

“When I found out there was one over here sat dormant, it curdled my heart.

“We call it the ‘Jolly Green Giant’ because it is absolutely stunning.”

Bailey will drive that Bentley at Challenge Bathurst early next month, after which time he will decide whether or not to make the switch when the GT World Challenge Australia season draws to a close for 2021 at Mount Panorama.

Either way, he expects it to be a vastly different proposition to his current ride, an Aston Martin V12 Vantage GT3.

“I’m a fairly big fellow and in the Aston it’s quite hard to really sit in and not be overly hot, so I think driving around the big Bentley will give me a bit more room to swing my elbows around,” remarked Bailey.

“I think I got the bug being at Bathurst the last time, so I’ll have to do it even harder.

“The Bentley doesn’t feel as connected as the Aston, which is very much fly by the seat of your pants. You can feel every bump, nook and cranny, plus the drama of the noise, but in the Jolly Green Giant it’s not as noisy.

“At this stage, I reckon it’s more of an endurance car, but the Bentley is definitely a grand tourer.

“I mean the Bentley is a serious tool, but it is more comfortable to drive.”

Supercheap Auto TCR Australia Series driver Dylan O’Keeffe will shake the Bentley down next week before Bailey drives it for first time at Challenge Bathurst, on November 11-12.

The final round of GT World Challenge Australia follows from November 30.