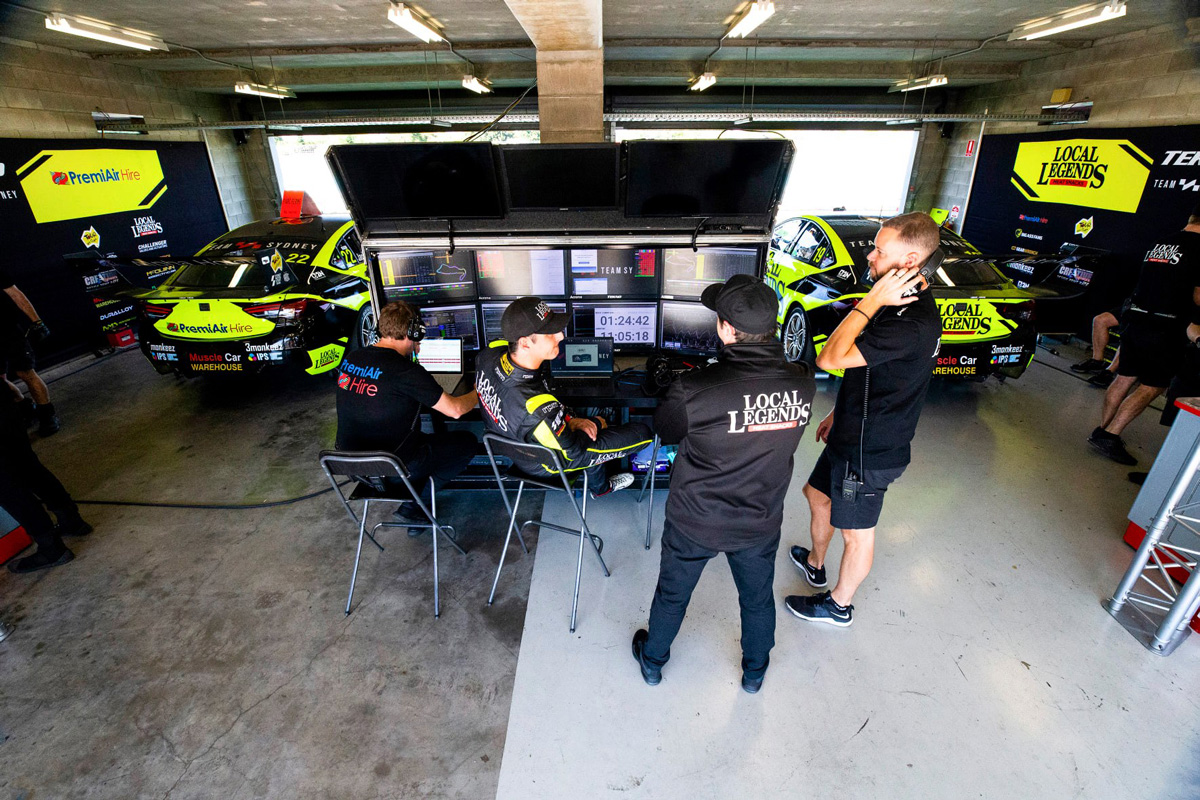 Team Sydney hopes to be settled into new headquarters as soon as this time next year, Jonathon Webb has confirmed.

Speaking on the Fox Sports broadcast, Webb revealed construction will begin shortly, with the facility to be located near the main grandstand at Sydney Motorsport Park.

“Really exciting, working with the guys here at Sydney Motorsport Park and ARDC [Australian Racing Drivers’ Club] to build a brand new facility, and that was a big part of the reason of moving to Sydney and COVID followed us along,” he said.

“So that has put a bit of a halt to that.

“You’ll see us next to the grandstand, they’re going to start that building very shortly and hopefully in the next 12 to 18 months we’re well settled in there. I can’t wait.”

It’s been a rocky period since Tekno Autosports transitioned to Team Sydney ahead of the 2020 season, with COVID outbreaks and travel restrictions allowing for minimal time at its Eastern Creek base.

There, a makeshift workshop had been designated for team use until the new building is up and running.

“We put in all the effort to build the new shed and get all set-up and unfortunately haven’t been able to get here,” added Webb.

“[So] it’s good, come back to our home track and work with the guys at Sydney Motorsport Park.

“Five weeks here, it should definitely feel like home by the end.”

The squad’s leading driver in the championship, Garry Jacobson, will carry a revised livery from this weekend’s Bunnings Trade Sydney SuperNight through to the season finale.

Supercars Championship action gets underway this afternoon with Practice 1 at 15:50 local time/AEDT.