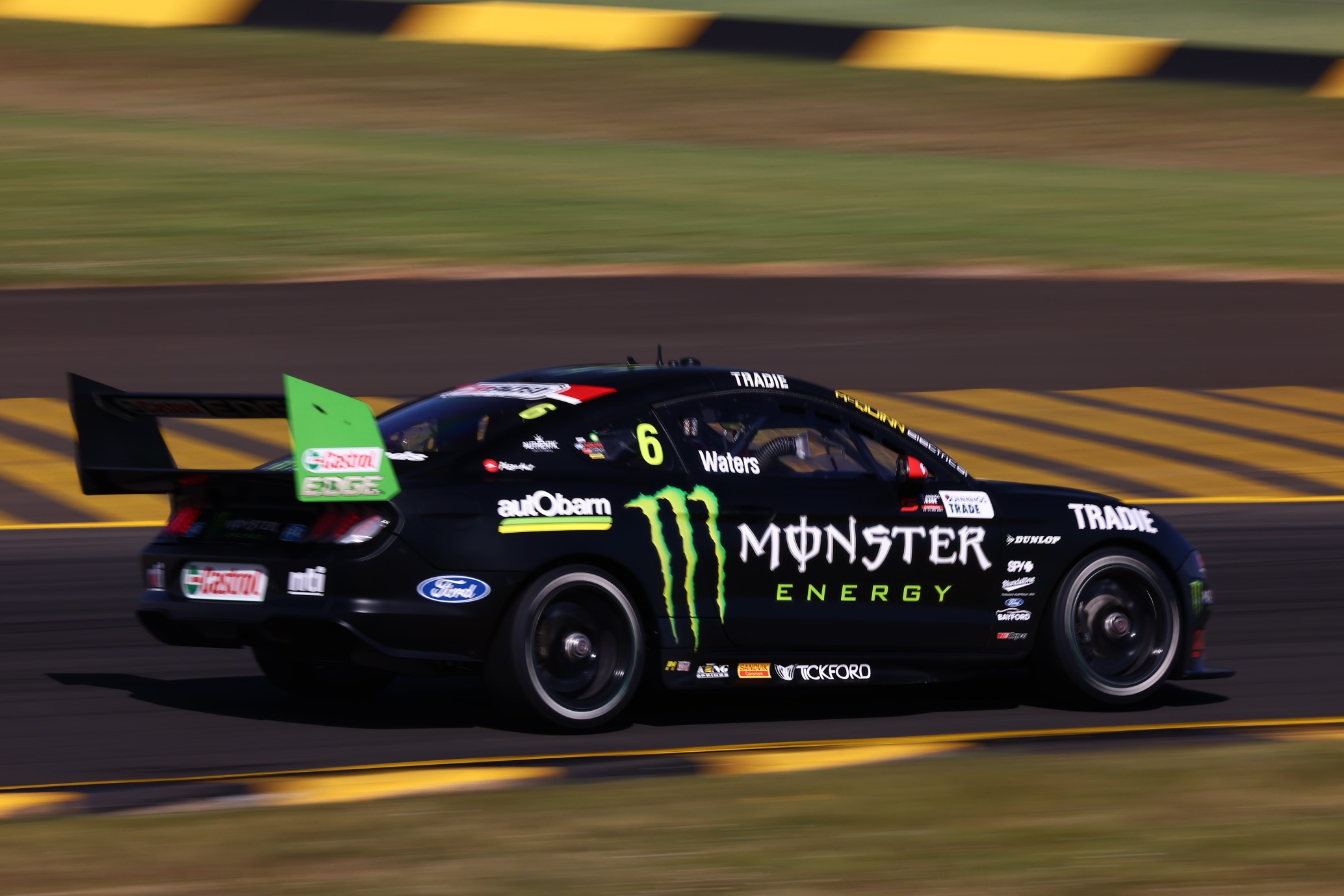 Practice 1 was hit by gusts, making life difficult for drivers to get an early read.

Waters said the conditions made it confusing at times to figure out whether his car was “genuinely bad” or just suffering as a result of headwinds and tailwinds.

Practice 1 marked the first time in over 100 days that the Repco Supercars Championship has been on-track, the last outing coming in Townsville.

“It was amazing to get back out there and have all the sounds and smells and everything was going on,” said Waters at the session’s close.

“Really cool just to get back into it and do the sport that we all love.

“Second was okay. The car didn’t feel real good. The wind is causing a bit of havoc for us out there. We’ve got a bit of work to do.”

Add to the windy conditions, a mix of new and old track surfaces only made getting an understanding of his #6 Ford Mustang harder.

Turn 1 through midway between Turn 3 and Turn 4 has been resurfaced since Supercars last raced at Sydney Motorsport Park in July, 2020.

“The tyre deg, as it degrades, it’s harder and harder to actually read what the change has done for the car,” Waters explained.

“And the wind, some corners when the wind is head-on at you you’ve got so much grip, it’s making all this downforce. When it’s behind you, it’s absolutely woeful. It doesn’t turn. Doesn’t do anything. It’s hard for the engineers out there.

“We rolled out with a different set-up for us. We’re trying to work out what we need as a team. We’ll put out heads together now. All the cars are doing little bit different things.

“We’ll change a few things and hopefully we step it up.”

Practice 2 at the Bunnings Trade Sydney SuperNight gets underway at 19:30 local time/AEDT.