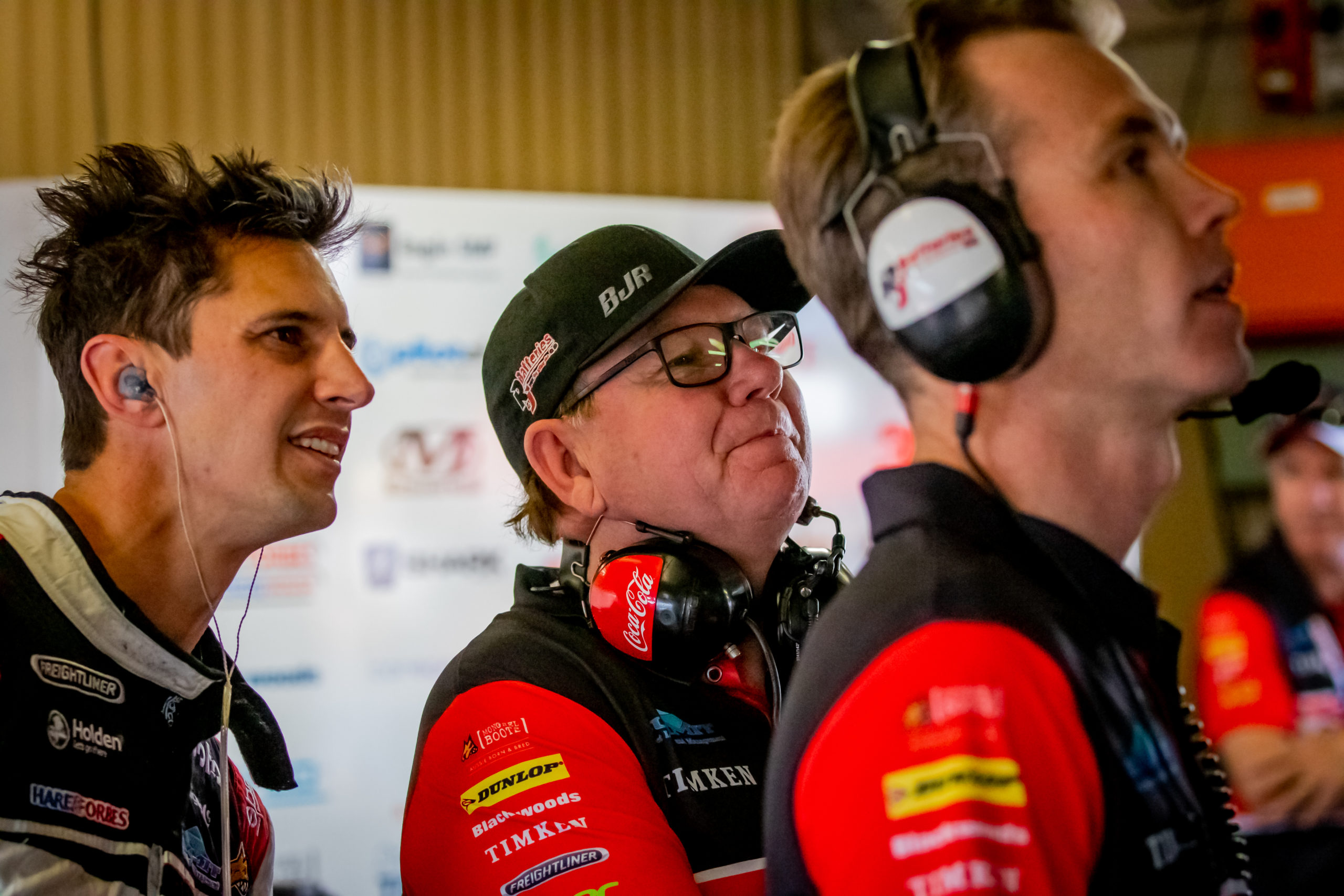 Brad Jones has responded to recent upheaval at his team, admitting he didn’t expect wholesale changes heading into 2022.

The Albury-based Brad Jones Racing has been a central player in the Supercars silly season.

In the midst of the coronavirus-induced break, lead driver Nick Percat set off a chain reaction of movements with confirmation he would depart BJR at the close of 2021.

That was despite an announcement earlier this year confirming he had signed a multi-year deal to continue into 2022 and beyond.

While Jones said he was caught off-guard by Edwards’ exit, he said he doesn’t begrudge him for taking up a coveted opportunity.

“It sort of looks like the commentary team at the end of last year, doesn’t it really? There’s victims everywhere,” said Jones on the Fox Sports broadcast.

“Look, obviously I didn’t think there was going to be too many changes but there has been a few.

“I think while we’ve had a break it’s all washed itself out and I’m looking forward to 2022. I think we’ve got some good drivers coming in here and it’ll be interesting to see how it all washes out.”

Of Edwards and any potential replacements, he said, “I didn’t really expect that to happen, but I totally get it – an opportunity to go and work with Shane.

“He’s been with me for 18 years. He’s more than just an employee, we’re friends, so I totally understand that. I haven’t sorted it out yet, but we’re working through it.”

Meanwhile, Bryce Fullwood’s confirmation at BJR was quickly followed by news that Percat would join Walkinshaw Andretti United in his place.

The team boss all but confirmed that Macauley Jones and Jack Smith would stay with the team in 2022 alongside newcomers Heimgartner and Fullwood, allowing continuity for half of its four-car line-up.

When asked whether his “same two boys” would be in the “same two cars” next year, with reference to the #96 and #4 pilots, Jones replied, “We are, absolutely.”