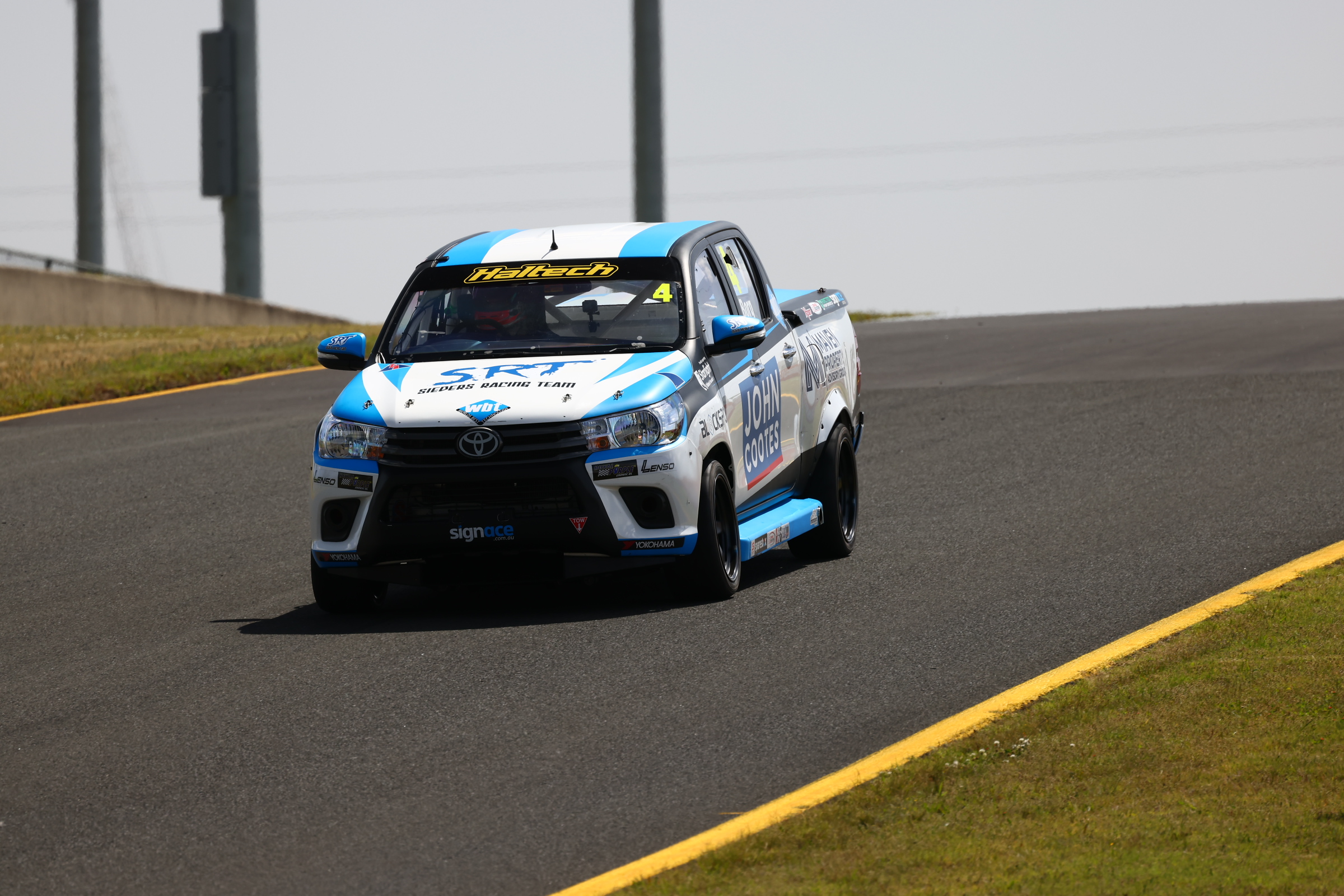 Ryal Harris has topped combined practice for Round 2 of the Haltech V8 SuperUte Series at Sydney Motorsport Park.

Having seen Aaron Borg set a benchmark 1:48.0559s in Practice 1, Harris was quickest of the four drivers to better that effort in the later session today.

The 2018 SuperUtes title winner’s best lap was a 1:47.1418s to give him a buffer of more than three tenths to nearest rival Borg.

“We didn’t expect much today – we were running on really old tyres and we haven’t done much testing in the lead-up to this weekend, so to end up fastest for the day was a pleasant surprise,” Harris said.

“Rod [Dawson] gave the car a tune-up between sessions and in the second session, I was among some of the quicker guys so I had something to chase.

“It was very windy today and there was a massive headwind on the main straight, so the slipstream was very effective.”

Craig Woods and David Sieders were not far behind, with Matt McLean fifth overall despite stopping on-track before the mid-point of Practice 2.

“In qualifying, it will be critical to nail your flying lap and in the races, it will be all about tyre conservation. The round winner will be the person who conserves their tyres the best.”

Leading Dunlop Super2 Series rookie McLean, who is making his SuperUtes debut this weekend, stopped at Turn 5 after smoke had been billowing from the rear end of his #8 Toyota Hilux.

That triggered red flags, with about five minutes of track time lost as a result.

Next in the order was the Mitsubishi Triton trio of Cameron Crick, Jaiden Maggs and Gerard Maggs, with Chris Formosa, Richard Mork, Craig Jenner and Michael Formosa rounding out the 12-car field.

SuperUtes will next be in action tomorrow from 14:00 local time/AEDT for qualifying.