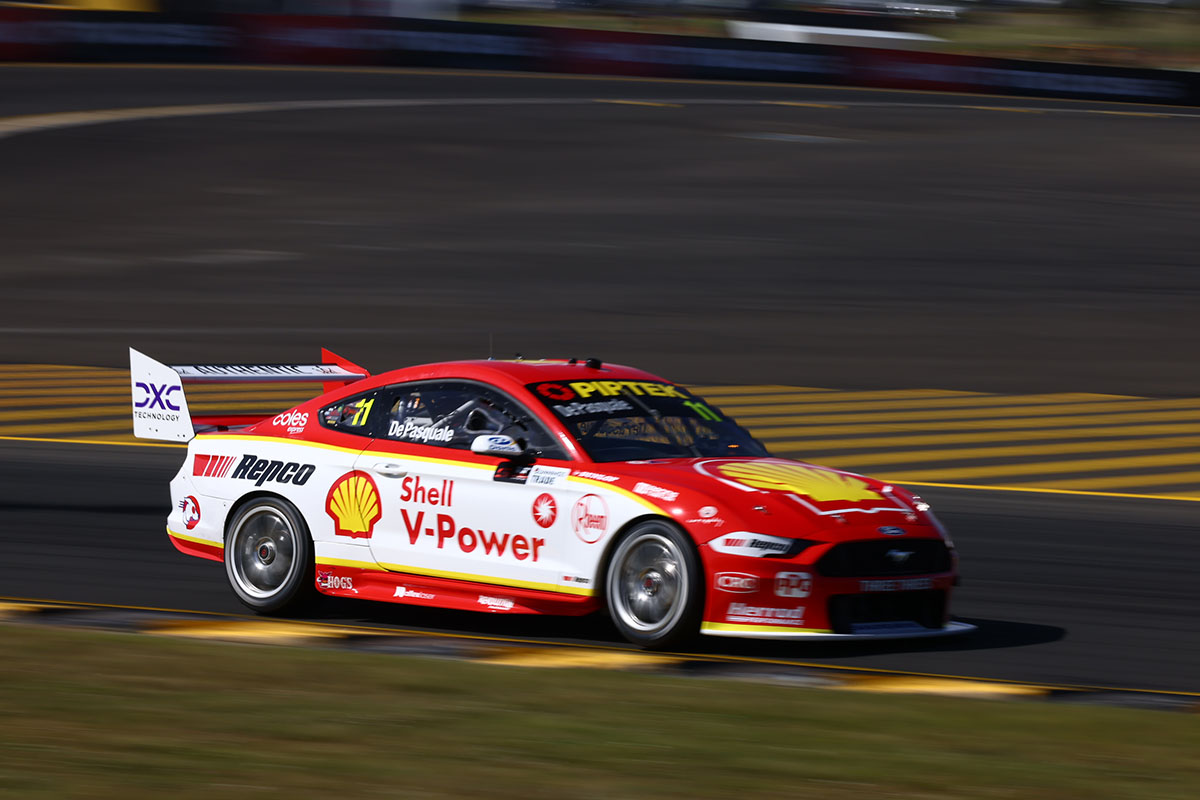 De Pasquale drove the #11 Shell V-Power Racing Team Mustang to a 1:30.2816s with the chequered flag out on the 30-minute session, leaving him ahead of Tickford Racing’s Cameron Waters and Brad Jones Racing’s Todd Hazelwood on the timesheet.

Warm weather and a strong headwind on Brabham Straight greeted the Repco Supercars Championship field for its first official track activity since July, with the soft tyre in play.

De Pasquale set the fastest initial flyer, a 1:31.5863s, before championship leader Shane van Gisbergen (#97 Red Bull Ampol ZB Commodore) went to the top next time around with a 1:31.3490s.

Van Gisbergen improved to a 1:31.1846s at the start of his second run before De Pasquale threatened to usurp him.

The two-time Supercars Championship race winner went fastest in the first sector and fastest to the second sector, but lost time with a wide run through the Turn 10/Turn 11 complex and could only move up to third position on a 1:31.3923s, behind Hazelwood.

Waters was apparently among the several who opted for their new, handback tyres in the final minutes, wheeling the #6 Monster Energy Mustang to a 1:30.6092s.

De Pasquale had been shuffled back to sixth by the time he clocked what would be the very best lap of the session, after which Andre Heimgartner (#7 Ned Whisky Mustang) and then Hazelwood (#14 Dunlop Super Dealer ZB Commodore) took up third spot, the latter on a 1:30.6719s.

Van Gisbergen had an innocuous excursion into the tarred run-off area when he locked up at Turn 6 in the latter stages, and furthermore did not take greens for the ‘happy hour’.