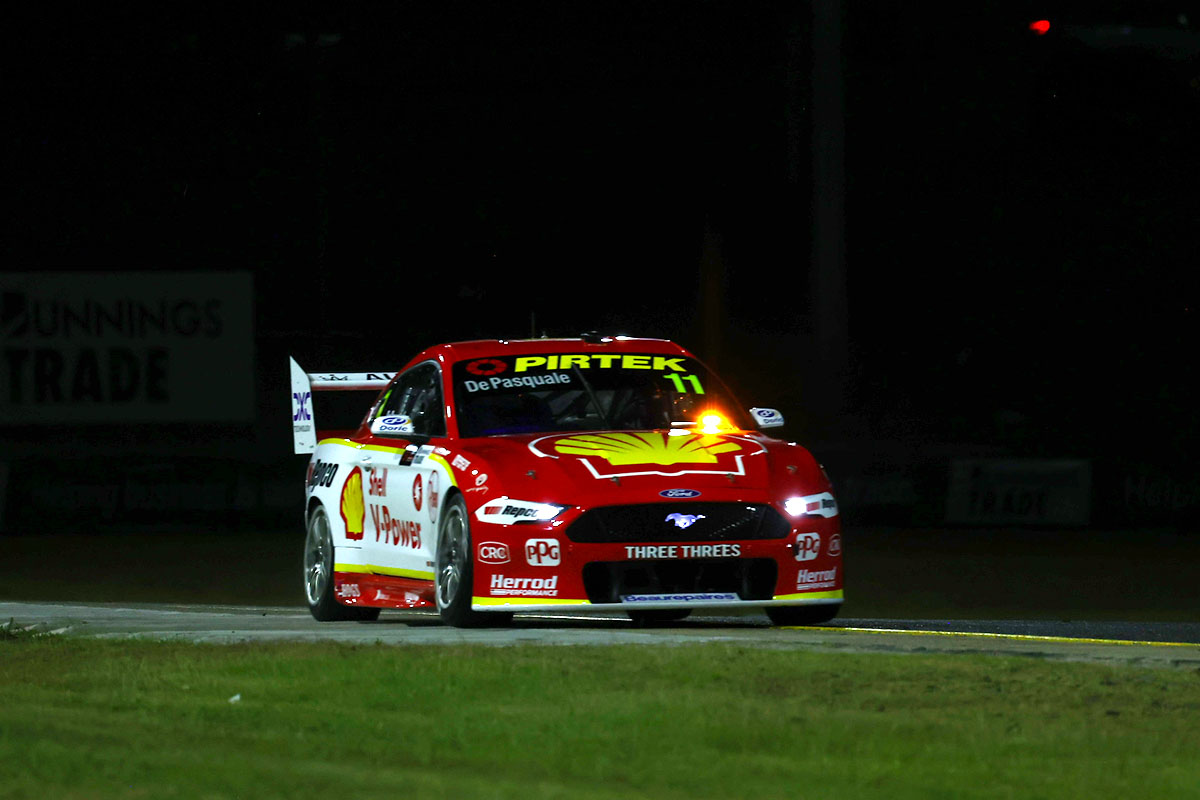 Anton De Pasquale has continued to set the pace at the Bunnings Trade Sydney SuperNight, topping the night-time practice session by another healthy margin.

Having been more than three tenths up on the Repco Supercars Championship field when Practice 1 was held in the afternoon, De Pasquale clocked a 1:28.8064s which was best by almost a quarter of a second under lights at Sydney Motorsport Park.

With the ambient temperature having dropped several degrees since the opening hit-out, Nick Percat immediately bettered De Pasquale’s earlier benchmark when he clocked a 1:29.6312s in the #8 R&J Batteries ZB Commodore.

Chaz Mostert split them just beyond the halfway mark with a 1:29.5117s in the #25 Mobil 1 Appliances Online ZB Commodore, and that was how the top three stayed until the late-session qualifying simulations.

The chequered flag followed, but De Pasquale was still on a hot lap and broke them beam at a time of 1:28.8064s with the fastest first and second sectors around ‘Eastern Creek’.

“We obviously learnt a lot about the car and what we need to do but tomorrow it looks like the weather is going to change up a fair bit – degrees and wind and stuff that makes the car handle different.

“So, we’ll learn and understand what changes did what.

“Obviously it is going to be tight tomorrow, we know that, so we’ll figure something out… but so far, so good.

“Three months on the bench so to roll out and drive a car again is fun; to be fastest is even better.”

As to the chunky time gain from Practice 1 to Practice 2, De Pasquale remarked, “I ran a new tyre in both of them and it was almost a second-and-a-half [difference].

“But as it gets darker too, obviously the track drops a bit of degrees and we go faster, and you feel like you’re flying in the night, so it’s all good.”

Tickford Racing’s three drivers each racked up initial runs of 12 to 13 laps before Cameron Waters set a 1:29.7680s which was good enough for 11th in the #6 Monster Energy Mustang.

Qualifying for Race 20 starts tomorrow at 15:35 local time/AEDT, followed by a Top 10 Shootout later in the afternoon.