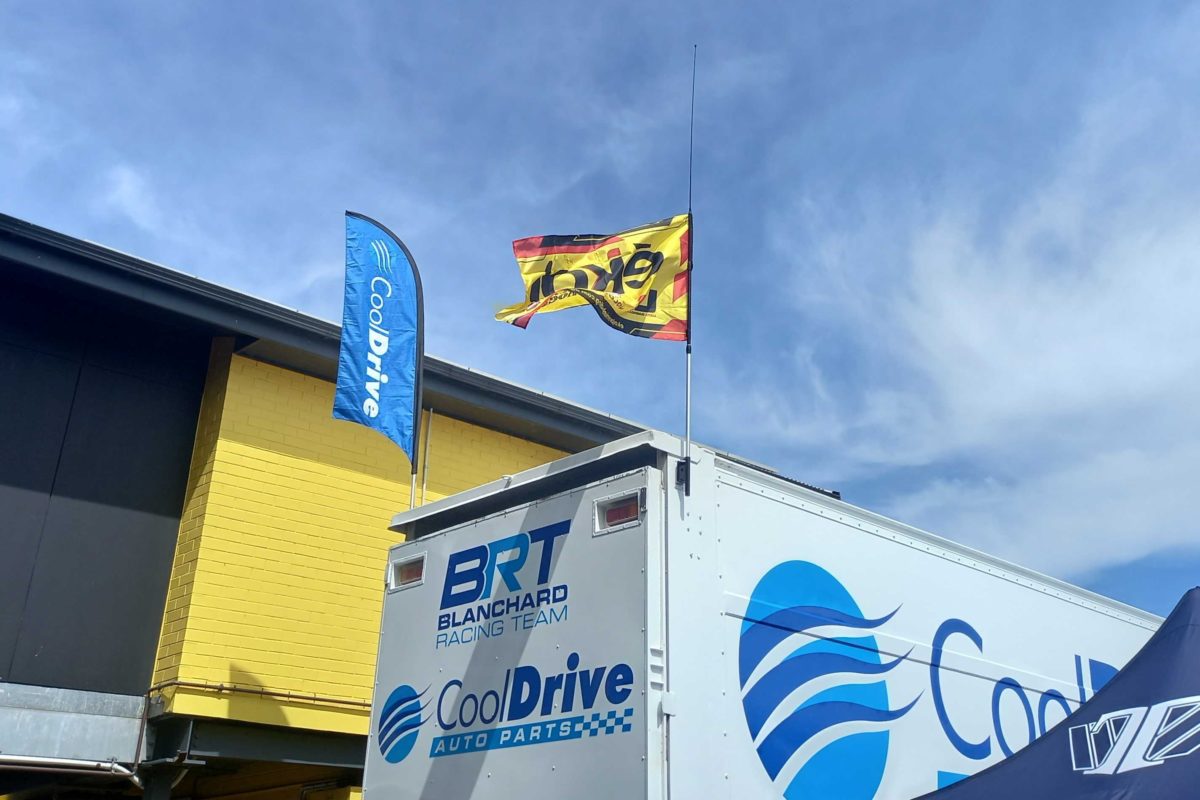 The Blanchard Racing Team is making a tangible tribute to the late Garry Dumbrell this weekend at the Bunnings Trade Sydney SuperNight.

Dumbrell, who died a fortnight ago at the age of 64, was a motorsport competitor himself as well as supporting the motorsport careers of sons Paul and Lucas.

That included guiding the latter in setting up his eponymous Supercars team, and it is a Lucas Dumbrell Motorsport flag from 2013 which is flying at half-mast on one of the rear corners of the BRT transporter at Sydney Motorsport Park.

Several members of the BRT squad have links to LDM, including Tim Blanchard from his season there as a driver in 2015, hence the tribute.

“But [also], Brendan worked there, as did Mirko [De Rosa, engineer], [Tim] Sladey’s good friends with Lucas as well, and Jayden [Marciano, data engineer]… most of our team’s actually worked for LDM at some point, so just a bit of a tribute to Garry for the weekend.”

Slade is 17th in the championship in BRT’s first season as a standalone team.