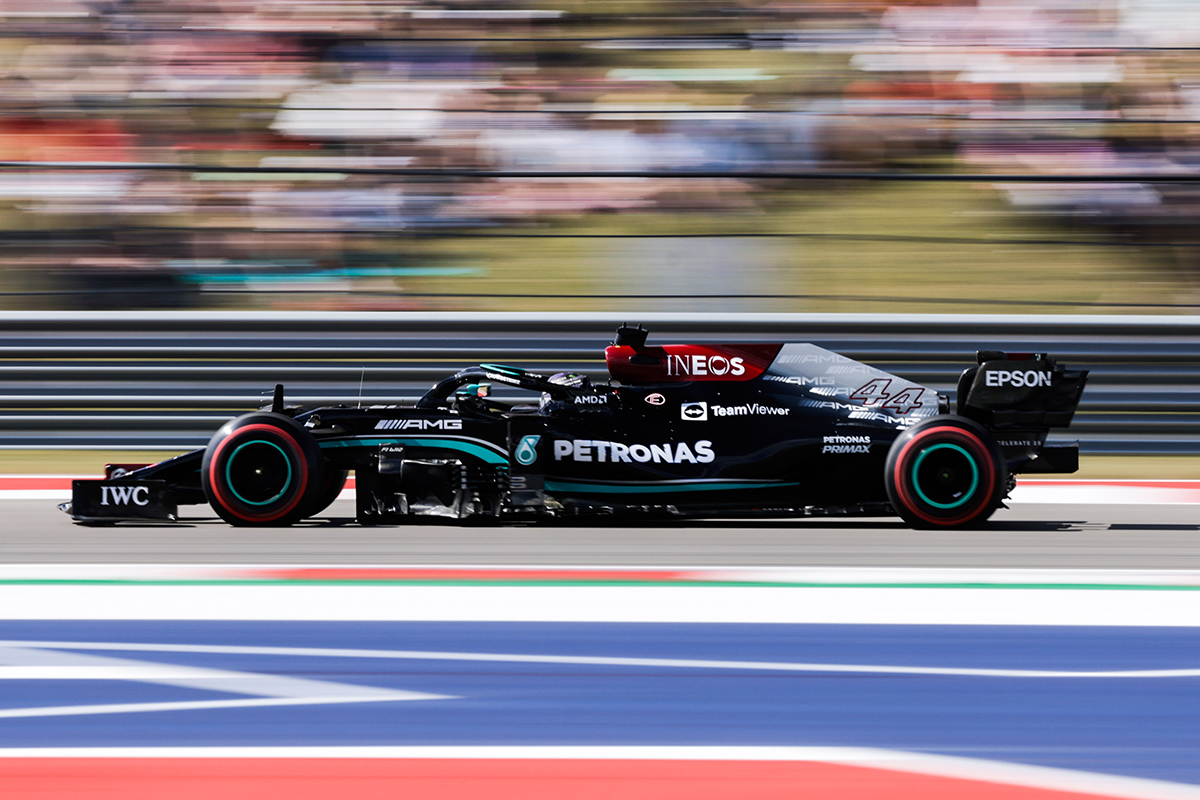 Toto Wolff has credited his team’s understanding of its Formula 1 challenger with its upturn in performance despite an apparent new suspension system on the Mercedes W12.

Spotted at the Turkish Grand Prix, the rear end of the Mercedes has been seen to squat when reaching a certain speed.

Analysis of the system has suggested it’s a way of stalling the diffuser by reducing the car’s rear ride height, thereby reducing drag.

That results in an increased top speed down the straights while still carrying downforce such that it is not compromised in the corners.

It also tallies with suggestions from Red Bull’s Christian Horner, who first suggested Mercedes newfound speed was a result of improvements to the power unit – or a performance increase in a new power unit.

That has proven not to be the case, with the German marque in fact managing issues with its internal combustion engine.

Instead, footage from Turkey showed the new rear suspension system in action.

Wolff subsequently hinted at the development when asked about the team’s step in performance in recent races, though stopped short of addressing it directly.

“I think what we have been able to understand is how to hit the sweet spot of the car in terms of the set-up,” he said in Austin.

“Today, when you look at the lap time, it’s a straight-line gain.

“I think we’ve found the right compromise between drag and downforce, and on the other side were very quick through the fast corners, which is good, and equal to Red Bull on the slow corners.”

The Austrian was then asked about the impact of aerodynamic developments brought to the W12 for the British Grand Prix, and how important the optimisation of that package has been in the team’s current form.

“I think what I enjoy watching is the intellectual process in the team, in the group, around some of the guys, how to hit the sweet spot,” Wolff said.

“Obviously we’ve introduced that upgrade in Silverstone and since then have comprehended every race a little bit better how to extract the maximum performance.

“Now, since Sochi, then in Turkey, and also here [Austin], it proves to be the definitely the right path.”

While precise details on the suspension system aren’t known, it’s been suggested it works by placing load on a spring which is compressed once the car reaches a certain speed.

Once the load on the aerodynamic surfaces reaches the defined level, the system activates and lowers the right height at stalling the diffuser.

That results in a two-fold benefit; reducing drag from the underfloor, and also by effectively lowering the rear wing in the airstream.

As the load reduces on the aerodynamic surfaces under deceleration, the spring expands again and the rear of the car sits back up, affording the full downforce from not only from the floor but aero surfaces.

The device is understood to be legal as, while it has an aerodynamic impact, the suspension’s primary purpose is to support the car.

It is therefore not primarily an aerodynamic device, as others such as the mass damper were in years gone by.

Moveable aerodynamic devices, aside from DRS, are banned under the regulations.

Mercedes’ solution is not easily replicated by the likes of Red Bull, owing to the design philosophy employed by each team.

Red Bull has traditionally adopted a high-rake approach to its cars, meaning the rear ride height is run notably higher than the front.

While that helps energise the air under the floor to create downforce, it in turn makes reducing the ride height, and stalling that airflow, though a suspension system like its championship rivals’ far more difficult.

For Mercedes, the key is dialling the device in at each venue, with the Circuit of The Americas not ideally suited to exploit its full potential.

Striking a balance between maintaining the aero platform through high-speed corners, and then engaging the device down the straights is critical.

In Austin, the winding first sector is relatively high-speed, leaving only a comparatively small section of the back straight where the system could be used.

Other venues, such as Mexico City, where there are less high-speed corners but still long straights, should see the system offer more benefit.

Indeed, Formula 1 heads there next, the Mexico City Grand Prix set to run across the November 5-7 weekend.