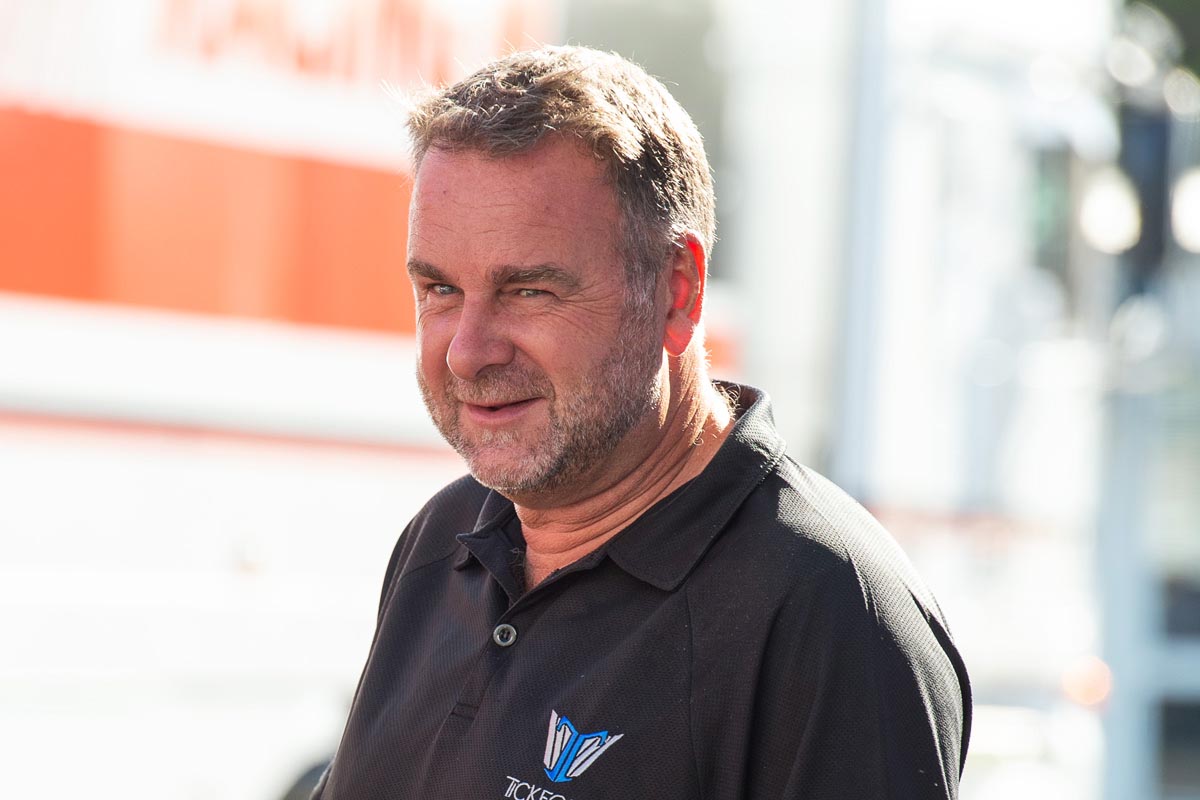 Tickford Racing CEO Tim Edwards has hailed the landmark sale of Supercars, which he believes will take the category to new heights.

Today, Archer Capital confirmed it had sold its majority stake in the business.

Supercars’ teams, which own shares in the business via the Racing Entitlements Contract (REC) system, have also offloaded their respective interests.

TGI Sport figurehead Barclay Nettlefold, the Australian Racing Group, and investment firm Henslow were confirmed to take ownership of Supercars by the end of 2021 in a statement from the category.

Although not explicitly mentioned in Supercars’ statement this morning, TGI Sport affiliate TLA Worldwide is known to have a role to play in the sale.

For Edwards, the sale will herald a new era of growth for the category.

“All the teams are excited about it,” he told Speedcafe.com.

“Everybody is obviously excited about working with the new partner as we were a decade ago when we started working with Archer.

“We’ve had a great platform for the last decade, but this will be the catalyst to go to the next level,” he added.

“What we do is pretty bloody good. That’s why these people have bought into it because they believe in what we’re doing, but we know we can do more.”

“The positive is the sport is far from broken. It’s in a very healthy state.

“You’ve got to be careful you don’t throw the baby out with the bathwater because actually what we do is pretty bloody good.

“I think what we’ve got is a very solid platform and hopefully with the help of the new owners, we’re going to be go gangbusters.”

The new ownership group encompasses a breadth of knowledge from sports management and media, with high-profile clients in their portfolio.

TGI Sport and TLA Worldwide have experience working in international and domestic sports.

TGI Sport hails itself as a digital agency, technology provider, and media rights business while TLA Worldwide works in player and sport management and marketing.

The Australian Racing Group, which is still only in its infancy having started in 2018, has established itself as a key player in the country’s promotion of motorsport.

Fundamental to Edwards’ desire from the new owners is a greater emphasis on spreading Supercars’ presence.

“Everybody is excited about what they can bring to the table,” said Edwards.

“They’ve got a whole different skillset and experience that they get to bring to the table. Everybody wants to see the sport grow.

“Me personally, when I was a kid – and I don’t know if there were fewer sports around back in that era or what, because it’s obviously pretty congested these days. Every week you turn on the tele and there’s some new and emerging sport – but really, we are one of the biggest sports in the country. It’s really about getting that message out and putting on a fantastic show.

“The more times we put on a great show, the more people that go to work on a Monday and tell their friends about that race yesterday.

“There are just so many new ways of telling the story and showing the show in the digital world we live in now, some of the things we’re not doing at the moment.

“We know how to race cars fast, that’s what we do. We live and breathe it and have a crack at marketing our businesses as best we can, but there’s no doubt that there’s plenty of people out there, including our new owners, who have far greater skillsets in this space.

“That’s exciting for us because that’s not our forte. Our forte is trying to win races. That’s our skillset. What they bring to the table is something very different.”