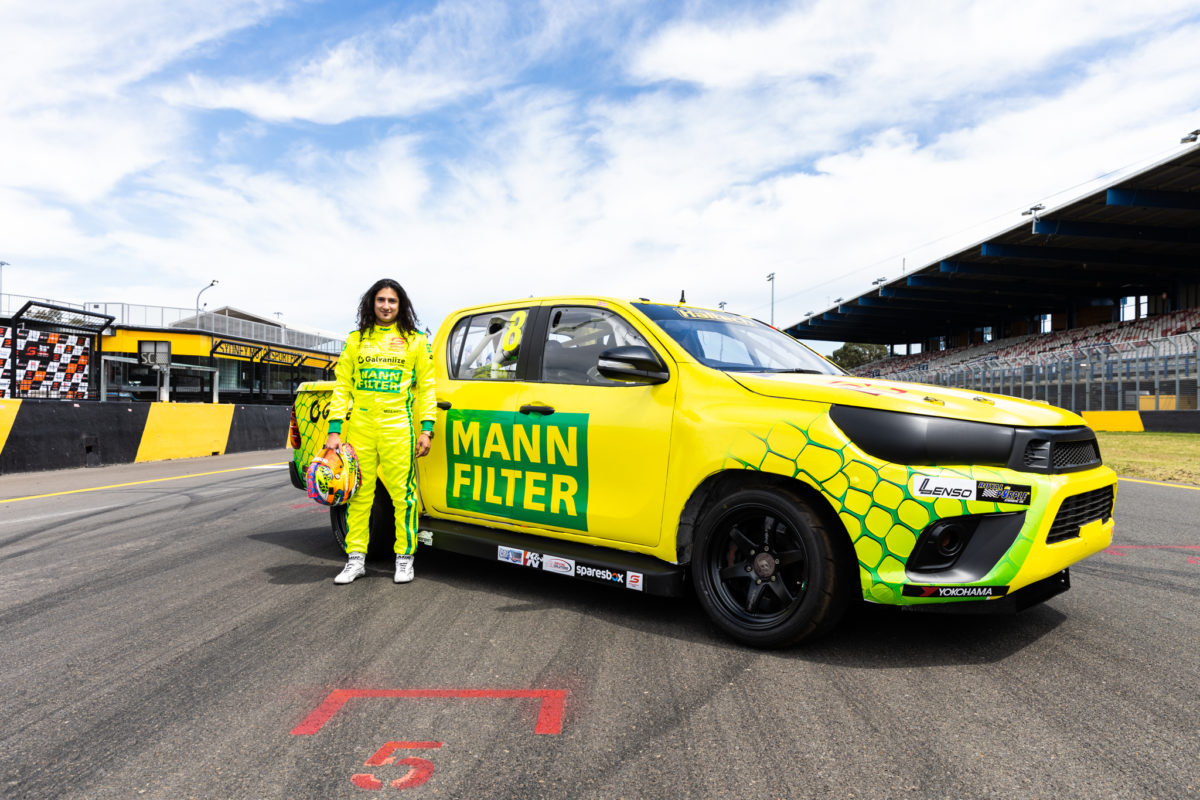 Matt McLean with the SuperUte he will race this weekend

Matt McLean’s debut in the Haltech V8 SuperUte Series will be an important step in his progression in the Dunlop Super2 Series.

McLean is the leading rookie in Super2 but has homed in on a need to enhance his feel for the tyres underneath him, given his disappointing qualifying performances.

The Eggleston Motorsport driver is fifth in the second-tier Supercars series’ standings but has only once qualified better than 10th, in six sessions to date.

That prompted him to spend a week at Paul Morris’s Norwell Motorplex under the tuition of head instructor Steve Robinson and Eggleston alumni Brodie Kostecki, with a focus on one-lap runs in a Toyota 86.

Now, a useful opportunity has arisen to race in one of Sieders Racing Team’s Hilux SuperUtes when Round 2 of that series unfolds this weekend at the Bunnings Trade Sydney SuperNight.

“I’ve only ever done the Supercars stuff and when I look at my fellow competitors that have done an abundance of categories, it didn’t make sense to me that I sort of should be limiting myself to only doing the Supercars.

“I think running in other categories is going to help with the issues I’ve had with qualifying. I think it’s going to help me and my adaptability to the tyre under me.

“It’s been good; even getting 20 laps in the car the other day [testing], I can already sort of feel things I’ve learnt and will be able to apply that to my Supercars campaign, which is really handy.”

The 25-year-old only clocked his 400th lap of a Supercar in Round 1 of Super2 at Mount Panorama in February, and has never raced at Sydney Motorsport Park.

The SuperUtes start will count as that box ticked, ahead of the resumption of the Super2 campaign at the same circuit three weeks later.

“It’s just all about mileage,” he added.

“As I said, I want to experience another category and broaden my skillset, which I can then also apply to Super2, but also gaining that track experience around SMP is vital.”

McLean will drive the Hilux normally piloted by the Queensland-based Ben Walsh with backing from Mann-Filter, as part of a 12-car field.

Two practice sessions will be held tomorrow, ahead of qualifying and the first of three races on Saturday.