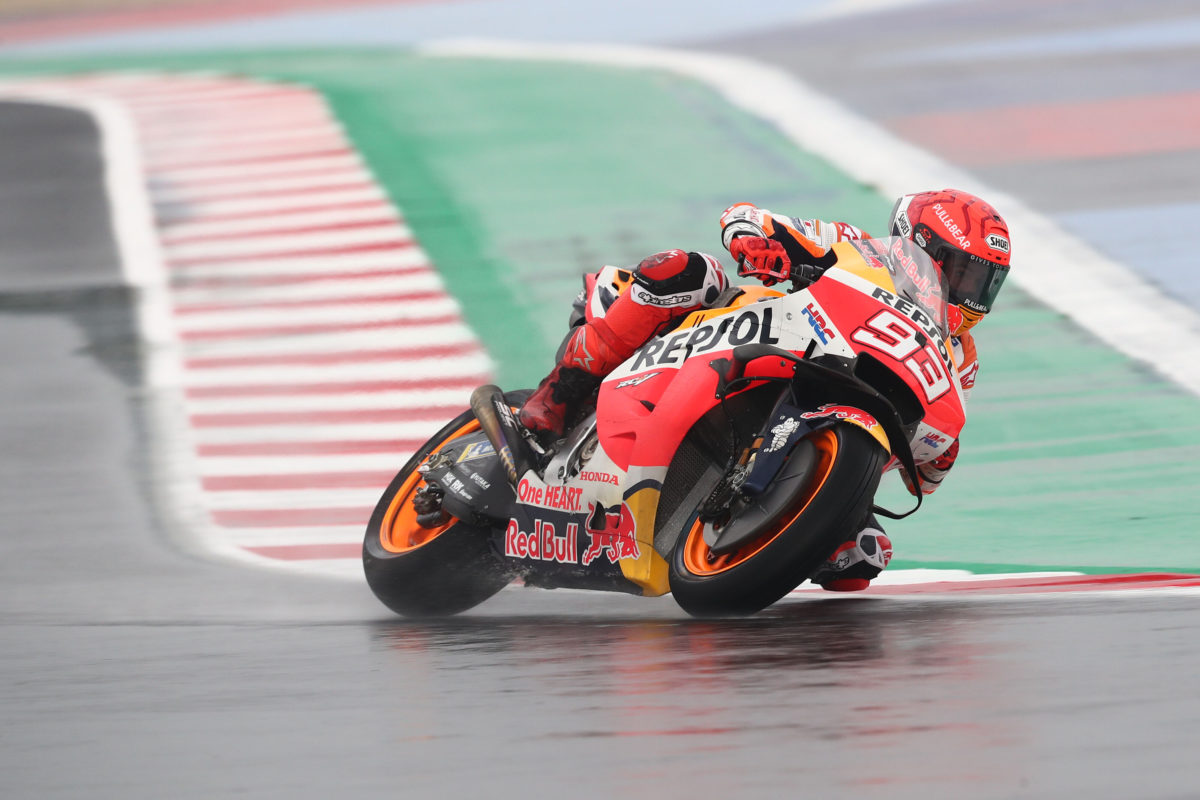 Marc Marquez laps in a wet practice session at Misano

Marc Marquez says the extent of wet weather at the Emilia Romagna Grand Prix was the “biggest difference” as he took a landmark victory.

The win at MotoGP’s second Misano round of 2021 was Marquez’s first in over two years on a clockwise circuit, and thus also the first on such a track since he broke his right arm in July 2020.

The six-time premier class champion had also won twice previously this year, at the Sachsenring and then the Circuit of The Americas, two circuits with which he has a particular affinity.

Marquez is furthermore better on anti-clockwise circuits in general, but his relative weakness on clockwise tracks had become a genuine one.

In the 13 prior starts since his comeback from injury, the Repsol Honda rider took two wins and a second placing in the only three races on anti-clockwise layouts so far this year, yet had failed to even make the podium anywhere else.

Turning right places more strain on the side of his body which is still damaged from last year’s Jerez crash, including shoulder pain which has triggered a switch to modified leathers.

However, while the race itself at the Emilia Romagna Grand Prix was dry, if cold, all sessions up to and including Free Practice 4 were at least partially wet, reducing the usual physical exertion of an event.

It left Marquez “fresh” on race day for the first time all year.

“The last laps, I was struggling a bit with my physical condition,” he conceded.

“But, the fact that all weekend was on wet conditions make me the chance to arrive first Sunday that I arrive fresh, I arrive with energy, and when I wake up [on Sunday morning], I say, ‘I feel the arm is there, I feel power,’ so this helps me.”

Elaborating, he said, “Basically, the biggest difference this weekend is that we ride all the time in wet; you don’t force, you don’t push.

“I was fresh, and I don’t have a lot of pain on the arm before the start of the race, so I was able to ride in a good way.

“Also, I was coming from a feeling in the test [in the month prior at Misano] that in the test I was riding but I was very tired and I was not riding well.

“But [in the second Misano race], it’s what I saw during all the season; when I’m fresh, the level is there.

“The problem is that a weekend starts on Friday and finishes on Sunday, so still margin to improve.” 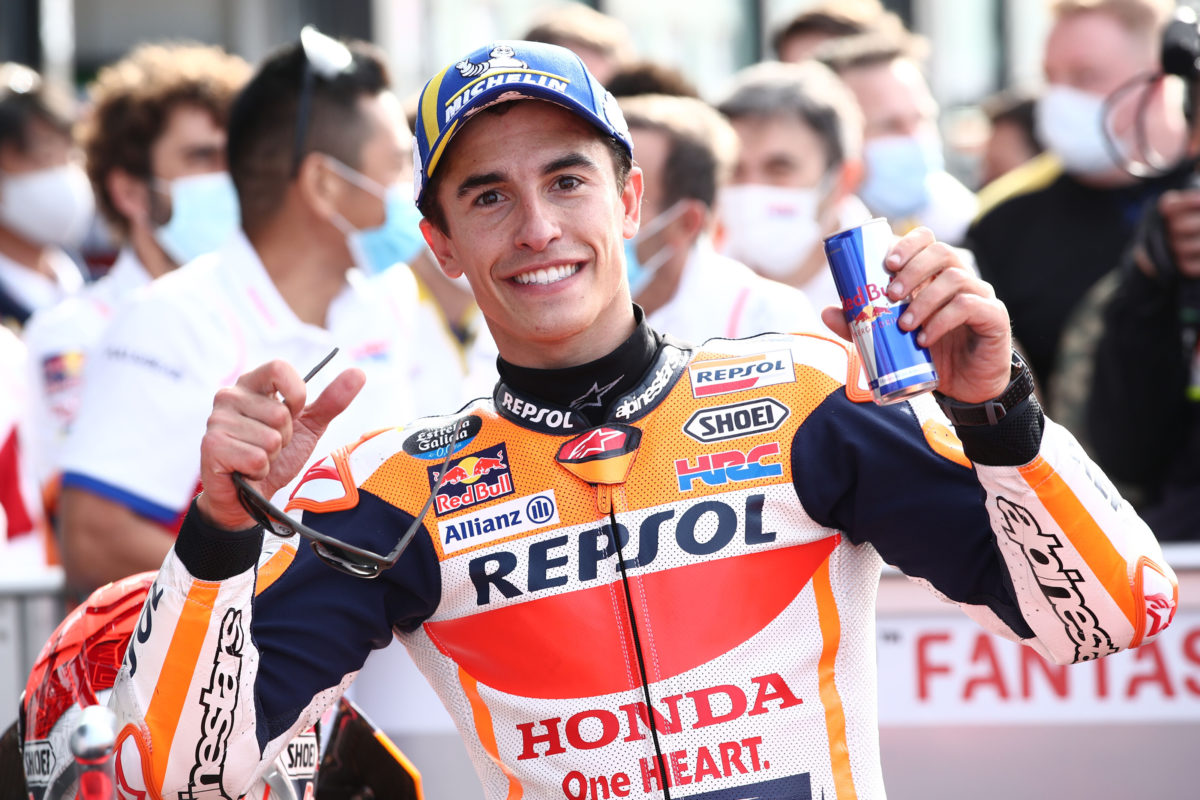 The Spaniard had stated in the moments after taking the chequered flag that the win was his “most important” of the year given he achieved it on a clockwise circuit.

While it was something of a gift when Francesco Bagnaia’s crash from the lead with just over four laps remaining is considered, #93 had trailed #63 by less than three tenths of a second for the majority of the race, and was never more than a second behind.

Furthermore, Bagnaia had won the Misano race which was held just five weeks earlier, and the Ducati had been the superior bike at both events.

That he was able to win in such circumstances and team-mate Pol Espargaro finish second, marking the former KTM rider’s first podium for Honda, was especially encouraging for a manufacturer looking to rediscover its championship-winning form.

“Of course, I’m really happy; happy for me, happy for the Repsol Honda Team, because we finished first-second and it’s important for HRC staff, but especially because we won in a right corner circuit,” said Marquez.

“It was one of my targets; I already say on Thursday in the press conference that I will like to finish on the podium here or in Portimao [next event].

“We won here in a really fast race. I mean, the way that we were able to manage the race was really, really good.

“It’s true that Pecco was faster than us, and the lap when I give up, because he was pushing a lot, is when he crashed – it’s something that happens on the races – but we were able to push, we were able to be fast, competitive, and especially the race pace.

“For me, [to] win a race like flag-to-flag or wet conditions, OK it is a victory.

“But the way that I win a race following Pecco that is really fast in this race track and in a right corner circuit and pushing and riding in the lap record is something really nice, really good, really important to myself, to my team, and to prepare well the 2022.”

Despite missing both Losail races due to injury, Marquez is now sixth in the championship, seven points behind Jack Miller.

Portimao plays host to the second-last round of the season, the Algarve Grand Prix, on November 5-7.