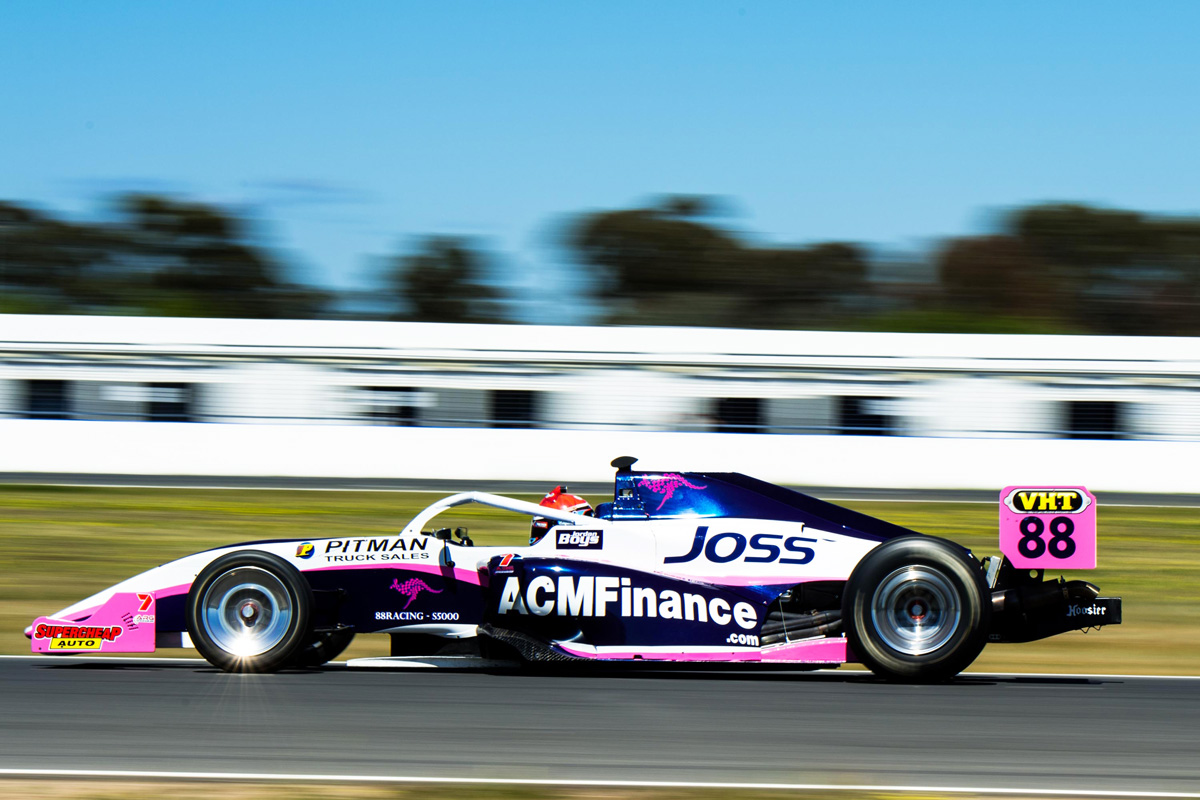 Dunlop Super2 Series front-runner Jordan Boys will make his competitive debut in S5000 machinery after signing with 88 Racing for the upcoming Tasman Series.

Boys has been a regular on the second-tier Supercars grid since the penultimate round of the 2017 season, chalking up a couple of race wins along the way.

He has long shown interest in trying his hand at the fledging open-wheel series, completing his latest test on Friday last week at Winton Motor Raceway.

Now, he has inked a deal to contest the two-round, seven-race Tasman Series beginning at Sydney Motorsport Park on November 19-21 and closing at Mount Panorama on November 30 to December 5.

Supported by loyal backers Joss Group, Boys will drive the car that Cooper Webster took to victory at Phillip Island earlier this year.

“I’ve wanted to race one of these cars for a long time and I’ve driven them a few times but it hasn’t quite worked out until now,” said Boys, who competed in the 2020 Bathurst 1000 but missed out on a seat for this year’s Supercars enduro.

“It’s really cool. To be getting the chance to run one of these things around Bathurst is pretty crazy, I never thought that I’d get that chance. I can’t thank Albert enough for the chance.

“I had a steer of Albert’s car when he first came into the championship and then again at Sydney Motorsport Park earlier this year. At Sydney they felt like they belong there, it’s a track that the cars are built for.

“[Compared to the Supercar] the cars have a raw and a pure feeling, you feel a lot of connection to the track. There’s no power steering and all the noise.. is a lot more.

“Racing for the Tasman Series and the prizemoney on offer is one of the things that Albert and I are trying to achieve and it will help us become more of a mainstay in the championship next year if we can get that.

“We’re pushing very hard and [to win] is the goal, for sure.”

Callegher was pleased to announce the 23-year-old’s signing.

“It’s great to do a deal with Jordan Boys to drive Car 88, thanks to his long-time sponsor Joss Group,” he said.

“The combination of Jordan’s experience and our engineer, who coincidentally already worked together, will make a great combination for the Tasman Series.

“The commitment, whilst only for the Tasman Series, shows that Jordan is looking for a career path and to go from Super2 to Supercars is very limited unless you have a massive budget to take with you.

“The natural choice is S5000. As the category becomes established, the Supercar teams will look to S5000 for their future drivers.

“S5000 in the future will no doubt produce the same results by showcasing Australia’s top talent.”

Boys will now be on double duties at the Repco Bathurst 1000, mixing his new S5000 gig with driving for Image Racing in the Super2 Series finale.